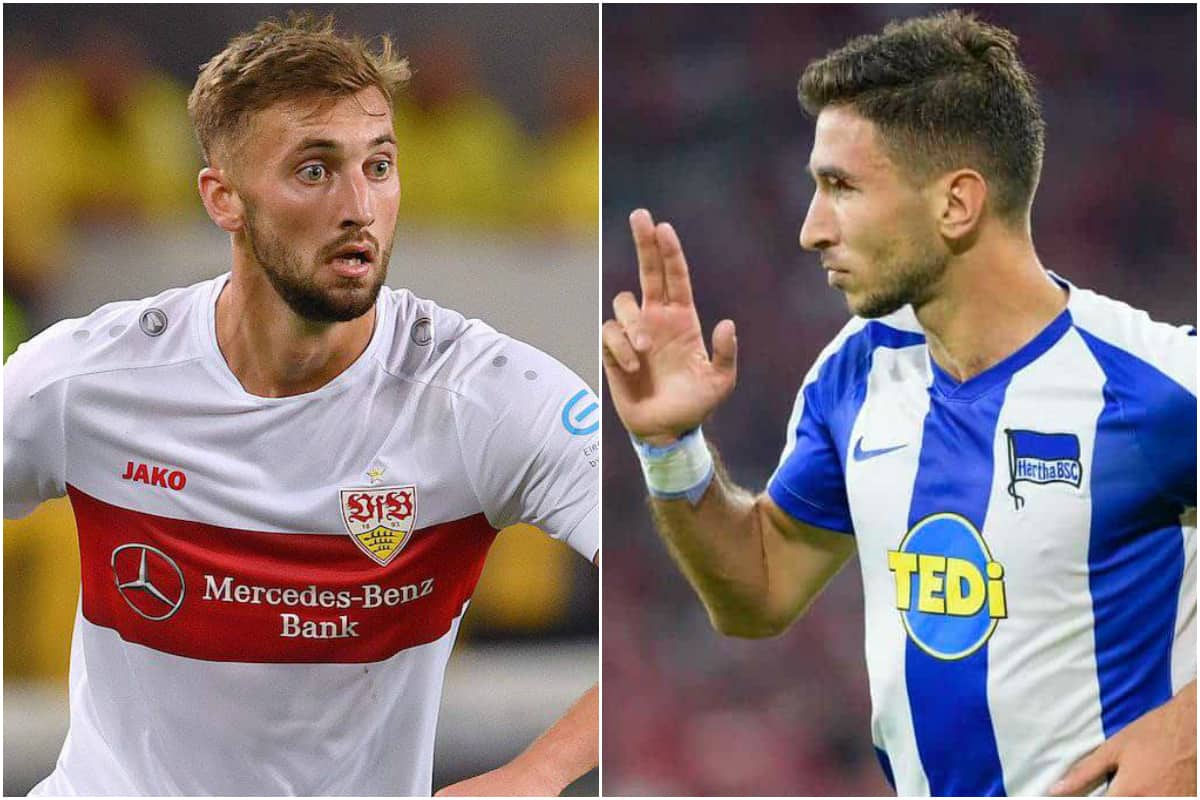 With football set to resume in Germany towards the start of May, Liverpool will see three of their loanees return to action in Marko Grujic, Nat Phillips and Taiwo Awoniyi.

The German Football League (DFL) have received backing from the government in their proposal to restart the campaign in both the Bundesliga and 2.Bundesliga next month.

DFL chief executive Christian Seifert welcomed these as “positive signals,” while his Bayern Munich counterpart Karl-Heinz Rummenigge added that it was “a very positive signal for the resumption of Bundesliga matches.”

If the proposal moves forward, clubs in Germany’s top flight and second tier could resume play within three weeks, having already returned to training grounds while social distancing.

That would allow three Liverpool loanees to get back on the pitch, with Grujic and Awoniyi in the Bundesliga and Phillips in 2.Bundesliga.

But how has the season looked for the trio so far? We assess their fortunes in 2019/20.

After a productive campaign in Berlin in 2018/19, and with no clear pathway to the first team at Liverpool, another year with Hertha seemed a no-brainer last summer.

But the stability and unwavering faith the Serbian enjoyed under Pal Dardai last season has not been available this time around, with Grujic working under four different managers already.

Ante Covic lasted five months before being sacked, with Jurgen Klinsmann then resigning after 10 games in charge in February, and now Bruno Labbadia has taken over from interim coach Alexander Nouri.

During this time Grujic has made 22 appearances, with three goals and two assists, but since the start of February he only played in two of six games.

Last season, he scored five and assisted one in 23 outings, only restricted by two serious ankle injuries.

“It’s true to say it’s not been a stable season for the club. It takes weeks or even months to really understand a new manager’s philosophy,” he told The Athletic.

“Last season here I only played under one manager and the whole season we knew exactly what we needed to do on the pitch.

“This season there has been a lot of change with four managers. But that’s how it is in football. As a player you need to always adapt to every situation.”

Grujic himself accepts his form this season “could have been better,” and believes that he will “need to fight again to gain the confidence of [Labbadia]” on the campaign’s resumption.

Unfortunately, with Hertha signing Lucas Tousart in the January transfer window—to arrive at the end of a loan spell with Lyon ahead of 2020/21—it is questionable whether Grujic will fit into Labbadia’s long-term planning.

But given his clear quality, the midfielder could still work his way back into a focal role before the end of the season.

Phillips’ switch to Stuttgart last August was widely considered a left-field one.

But the 23-year-old has settle well in his first season as a regular starter at senior level, and has so far made 19 appearances for the 2.Bundesliga club—sandwiching a brief one-game return to Liverpool in January.

He has benefited from injuries to fellow centre-backs Marc-Oliver Kempf, Marcin Kaminski and Holger Badstuber, but with the latter duo now back fit Phillips faces a fight for his place.

Liverpool’s No. 47 has impressed at Stuttgart, however, with his side losing just three times in his 14 league starts—as many as in their other 11 games in the second tier this season.

Phillips’ battle with striker Fabian Klos in the recent clash with Arminia Bielefeld was outlined by manager Pellegrino Matarazzo as a chance to prove himself, and though the game ended in a 1-1 draw, he stood out at the back.

And off the pitch, the defender attributes this as a formative experience, explaining in a documentary in January that he is learning to be “self-sufficient for the first time.”

German publication Bild have already claimed that Stuttgart are interested in keeping Phillips for the next campaign if they secure promotion to the Bundesliga, and currently sitting in second there is a strong chance they do.

It can certainly be argued that another spell in Baden-Wurttemberg would benefit the centre-back, who has clearly taken to life in Germany.

It has undoubtedly been a difficult campaign for Awoniyi.

Prior to his move to Mainz, Jurgen Klopp told the Nigerian “you can go there and make it your home,” having himself spent 28 years with the club as player and manager.

The target was to play regularly, gain international recognition and, in turn, qualify for a UK work permit, with Liverpool setting a two-year deadline on his future.

To date, Awoniyi has played just six times for Mainz, all in the Bundesliga but only one as a starter, and unsurprisingly the 22-year-old is yet to find the back of the net.

His last appearance for Mainz was on December 7, and the striker was left out of the last nine matchday squads entirely, finding himself behind the likes of Adam Szalai, Jean-Philippe Mateta and Karim Onisiwo.

In February, Awoniyi claimed he “doesn’t know why he’s not playing,” and with Mainz sitting 15th in the Bundesliga, four points above the relegation zone, it is unclear why Achim Beierlorzer has overlooked him entirely.

Awoniyi scored 11 goals and laid on a further three in 16 games for Royal Excel Mouscron in the second half of last season, suggesting that, given the belief of Mainz’s management, he could thrive upon the restart.

There is little hope for Awoniyi at Liverpool, but a productive end to the campaign could attract interest for the transfer window ahead.