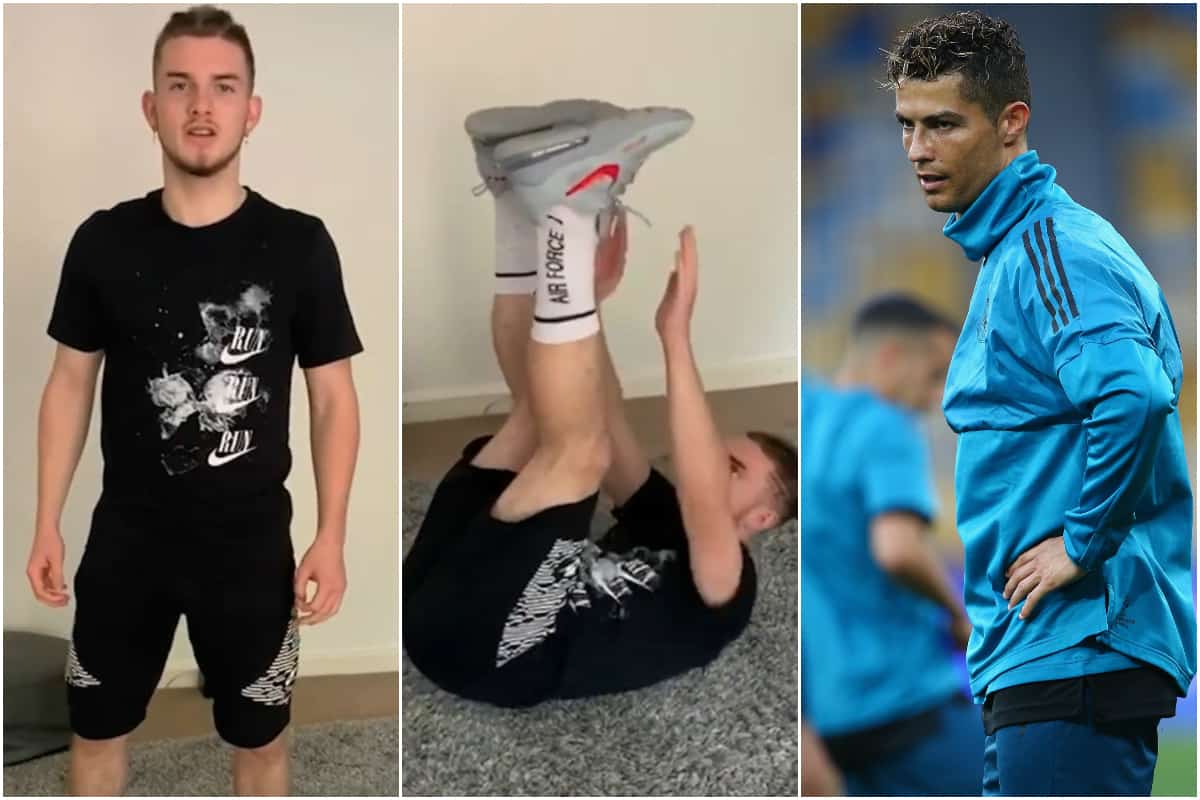 Ronaldo is unarguably one of the most freakishly fit athletes on the planet, which has fuelled his remarkable career that has seen him win six league titles, five Champions Leagues, the Euros and countless individual honours.

But when he laid out the challenge as part of the #LivingRoomCup, he may not have expected to have been beaten by a 17-year-old on Merseyside.

Elliott may have faced the disappointment of celebrating his 17th birthday in isolation on Saturday, but he can take the small victory of breaking Ronaldo’s record at home.

@cristiano set the standard in the @nike Living Room Cup, with 142 reps in 45 seconds! However, there was only going to be 1 winner! ? @nikelondon #PlayInside #LivingRoomCup

To potentially highlight how strong Elliott’s effort was, Xherdan Shaqiri attempted the challenge via his Instagram story and managed just 80 reps.

Elsewhere, Gini Wijnaldum posted his home workout routine, as the Liverpool squad maintain their fitness with group and individual sessions ahead of a hopeful return to action:

Dejan Lovren showed his skills with a two-minute keepy-ups video, displaying a clean first touch to round it off:

Virgil van Dijk is clearly missing Melwood, as he wrote “can’t wait to be back out there” as he shared a clip of him teeing up Jurgen Klopp for a Peter Kay-style hoof into the netting, high and wide of the goal:

Can’t wait to be back out there! ?

And at the weekend, Mohamed Salah was joined by his daughter for a training session in his garden—including using her as a weight for squats:

Liverpool were set to announce a new three-year contract for Elliott on the winger’s 17th birthday, but this appears to have been delayed by the coronavirus pandemic.

It could be that the news breaks in the coming days, but more important matters have taken priority at this stage—along with the club’s U-turn on a much-criticised decision to furlough non-playing staff.

Elliott’s new deal will keep him at the club until 2023, with his terms the longest a player of his age can sign.

The club are yet to agree a fee with Fulham following his move from Craven Cottage last summer, as though his contract had expired with the Championship side they are eligible for compensation for their role in his development.

It is likely that this will be determined at a tribunal, though Fulham are believed to have asked for around £7 million.