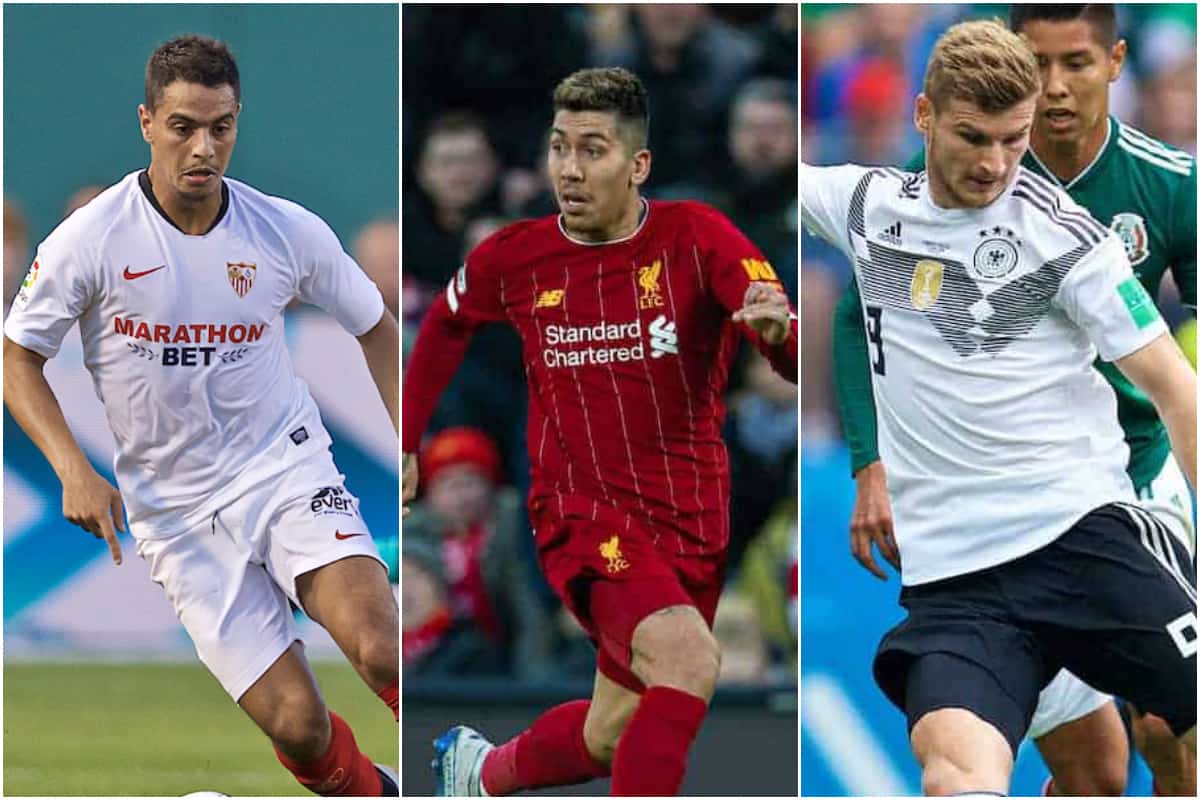 Liverpool have a new name linked to them today as they plan to bolster the forward line, while another kind squad member has made a big donation to society.

Premier League elite in the hunt for Monaco striker

Wissam Ben Yedder has been a forward who has flown under the radar somewhat over the past couple of years, while plundering 18 Ligue 1 goals this season for Monaco and 30 in all competitions for Sevilla last term.

He’s a predatory No. 9, very different in style from Roberto Firmino in his penalty box play, but he also has a history of playing in a deeper area, is creative enough to play the link-up role and has barged his way into the French national team squad.

Aged 29 and really just hitting his peak at a much later time than most players, he’s not the usual type of Liverpool target—but perhaps fits that ‘value’ approach that so many like to talk of.

The Reds and a number of Premier League rivals—Man City, United and Arsenal—are keen on him, as well as Continental clubs including Barcelona, Real Madrid and Atletico, say the Mail.

Not too many to choose from, then!

Cristian Tello, Diego Capel, Mario Gotze—these are now the only three players left in the history of football who Liverpool have been ‘on the verge of signing’ more times than Timo Werner.

The latest out of Germany is positive though, if you are of the Timo-would-be-great persuasion: the Leipzig man has definitively ruled out a transfer to Bayern Munich and does not want to sign for another Bundesliga club.

Instead, he wants Jurgen Klopp and Liverpool and is prepared to wait to make it happen.

Bild’s Christian Falk has the lowdown on the forward’s decision, which of course is going to be delayed for some time in any case due to the uncertainty over the season, the transfer window and indeed most of the entire planet.

On and off the pitch

There’s a lot to discuss right now—and not all of it is terrible, but we should be making sure to take note of facts and certainty when so much else is unknown.

More positive signs that football will return in England, under a safe framework at the right time.

The Premier League have been given encouragement by the UK government, according to latest reports, to form concrete proposals on how a return to playing matches could be arranged.

A “five-point framework” will form the basis of such proposals, including phased returns to training, testing procedures, logistical and support services arrangements.

Meanwhile in Ligue 1, Paris Saint-Germain are set to be crowned champions which could set a precedent as far as Liverpool go, say some reports in France.

Stupid rumours of the day

The big story in the Mail today is that Arsenal will only be looking at swaps, loans and free transfers this summer because of the coronavirus impact on finances in football.

Also, you can read on Arsenal making contact with Real Madrid over a move for left-back Sergio Reguilon (ABC) and on how they’ve been quoted £25m for Celtic striker Odsonne Eduoard (Express).

Gosh, what a fun summer we have ahead.

#OnThisDay in 1994, the Reds bid farewell to the standing Kop with scenes and sounds that will live long in the memory ?

An interview for Sky Sports with Swansea boss Steve Cooper, who details his work with young players and those brought in on loan, including Rhian Brewster.

And a brilliant chat with Uwe Rosler in the Telegraph, a striker with Saints and City back in the day and now manager of Fortuna Dusseldorf, as he explains how he manages training with no contact between players and how he guards against the coronavirus threat as a cancer survivor.