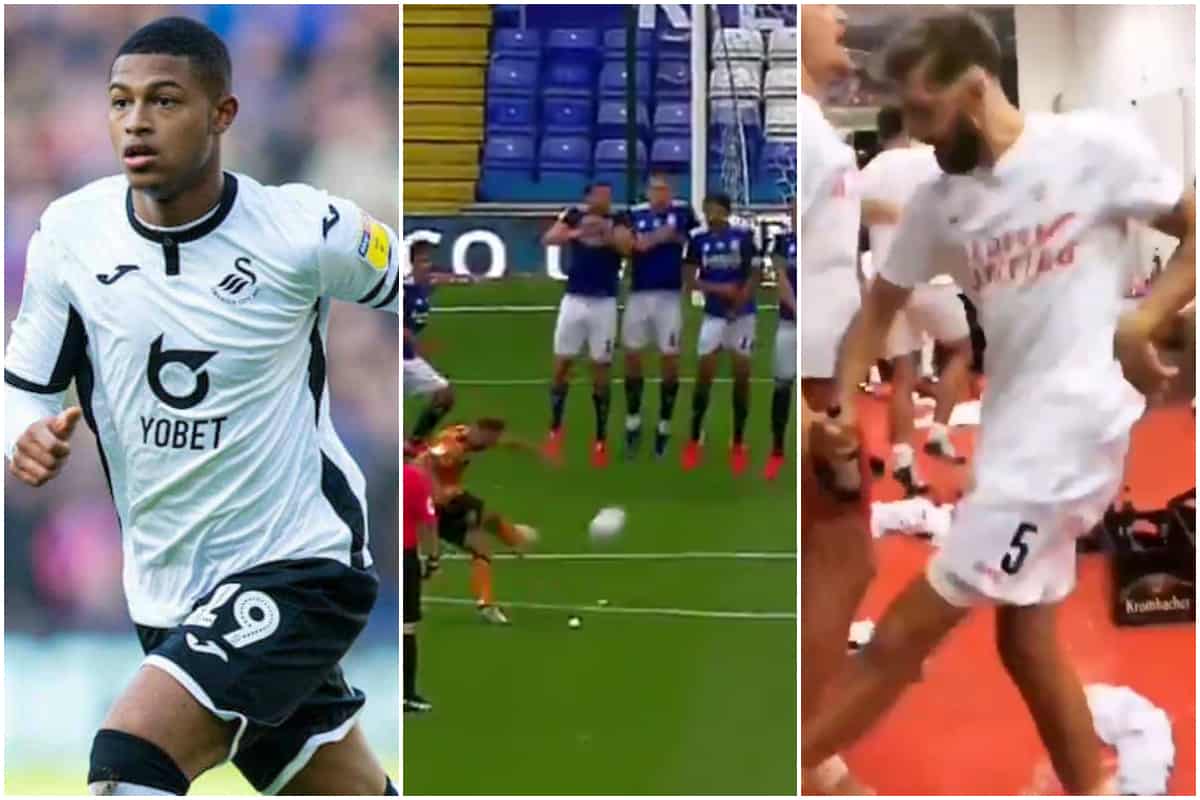 Liverpool’s loanees were in fine form over the weekend, as Nat Phillips signed off with promotion to the Bundesliga while Herbie Kane scored a beauty.

A handful of borrowed Reds remain in action as leagues around Europe continue the path to finishing their respective seasons.

Campaigns came to an end for certain loanees, but others continued battling for promotion, fighting relegation and generally striving to impress to secure Anfield futures.

Here’s all that happened across the weekend which saw one Red secure promotion in Germany, and another score a brilliant free-kick in the Championship.

Phillips signed off with Bundesliga promotion…

It has been an unusual season for Phillips but also a positive one which saw him take promising first steps into senior first-team football.

There were plenty of memorable moments along the way too; a professional debut and first ever senior goal coming before a Liverpool debut knocking Everton out of the FA Cup.

Phillips enjoyed another on Sunday as he capped off his time with Stuttgart with promotion to the Bundesliga, despite his side going down 3-1 to Darmstadt.

Phillips played 22 times, scoring once, and helped his side bounce back to the top tier at the first attempt, making for a real productive experience.

He could yet make the step up with Stuttgart next season, with the club said to have already expressed interest in keeping him for their Bundesliga comeback campaign.

It would make sense for all parties, allowing the defender to continue his development on one of Europe’s biggest stages. 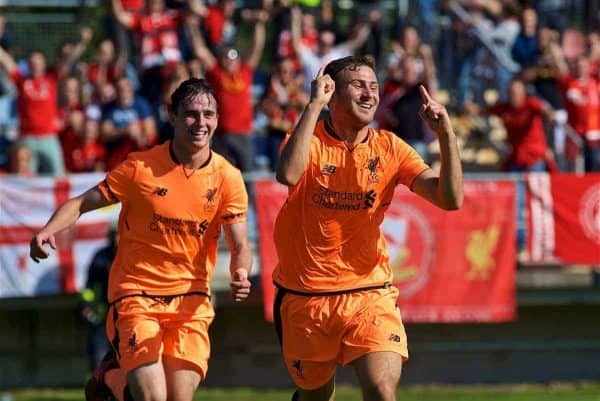 Liverpool’s own goal-scoring H. Kane enjoyed his own special moment as he netted his first Championship goal for Hull on Saturday.

It was a great moment, especially as Kane’s first experience of the Championship stage had seemingly been ended through injury before the pandemic struck and allowed him a chance to recover for Hull’s bid to avoid the drop.

In his second game back, Kane struck The Tigers’ third effort in an eventful 3-3 draw against Birmingham in which he played 77 minutes.

10 minutes before his withdrawal, Kane put Hull 3-2 up with a brilliant piece of ingenuity – sliding a clever free-kick under Birmingham’s defensive wall and into the bottom corner.

A goal of such quality was worthy of winning the game, but unfortunately it was denied that status as the hosts headed a late equaliser.

With seven games still to go, Hull sit in 21st place – one above the drop zone – and face an almighty scrap for safety against another 10 sides who could still go down. 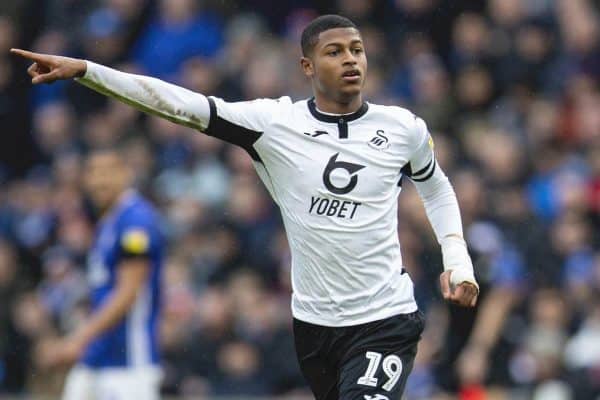 Rhian Brewster’s Swansea saw their hopes of a Championship play-off spot take a blow after a surprise 1-0 loss to second-from-bottom Luton Town.

Brewster was unable to follow his brace against Middlesbrough with another goal here as the Swans fell four points adrift of rivals Cardiff who currently occupy the final play-off spot.

Ovie Ejaria played the majority of Reading’s ill-tempered 2-1 loss at Derby, which saw a player for each team sent off as the two teams clashed after the final whistle.

The season came to an end for three Reds…

Mark Grujic’s second season at Hertha Berlin ended with a 2-1 defeat at Borussia Monchengladbach, in which the Serbian played only the first 45 minutes on his final outing.

The draw secured a 10th place finish for Hertha and closed the curtain on another impressive season for Grujic, who has proved his quality across a two-year spell in the German capital.

Grujic made 31 appearances in all competitions, delivering four goals and two assists, with the standout moment undoubtedly his opening day goal against Bayern Munich at the Allianz Arena.

This compares to five goals and one assist in 23 appearances in his maiden campaign, which represent good numbers for a mid-table side and show that Grujic has performed consistently.

It will be interesting to see his next step, but his promising form perhaps should earn him a chance at Anfield, especially if Liverpool have the quiet summer transfer window expected.

Taiwo Awoniyi didn’t take part as Mainz 05 wrapped up with a 1-0 defeat at Bayer Leverkusen, with concussion denying the striker a farewell appearance.

The Nigerian’s time at Jurgen Klopp’s old club proved a difficult and frustrating experience as he featured only 12 times – just five of them starts – and scoring one goal.

That sole strike came upon the Bundesliga restart in May in a 2-2 draw against Cologne and it earned Awoniyi his most consistent playing of the season, as he featured in six successive games before injury struck.

Half of Awoniyi’s total appearances came upon the restart, and that such a spell came so late is regrettable as it feels he was never given a real chance to find his feet and flourish.

A permanent departure from Anfield now seems likely for the 22-year-old.

Meanwhile, the season has come to a premature conclusion for Kamil Grabara, who has returned to Anfield and won’t finish the remainder of the Championship campaign with Huddersfield.

The Polish ‘keeper’s loan has not been extended for the season completion due to injury and thus the lack of time to recover and find form in the tightened schedule.

Grabara made 28 appearances for the Terriers – who remain entrenched in the relegation scrap – and conceded 45 goals, while keeping five clean sheets.

A first experience of first-team football in England provided a valuable experience, and he was always first-choice up until a nasty injury derailed his campaign in January.

It’s a shame the spell has been cut short, as further playing time in the intense pressure of a relegation battle would only have added to Grabara’s experience.

Upon the news of the ‘keeper’s return to Anfield, manager Danny Cowley spoke in glowing terms of Grabara’s contribution and tipped him to become “a top goalkeeper”:

“Kamil is still returning from injury and the timescales on the restart of the season put him at risk of further problems, so it makes sense for everyone for him to return to Liverpool.

He’s another player who made a real contribution during the first half of the season and I thank him for his efforts. We wish him all the best; he’ll go on to be a top goalkeeper.”