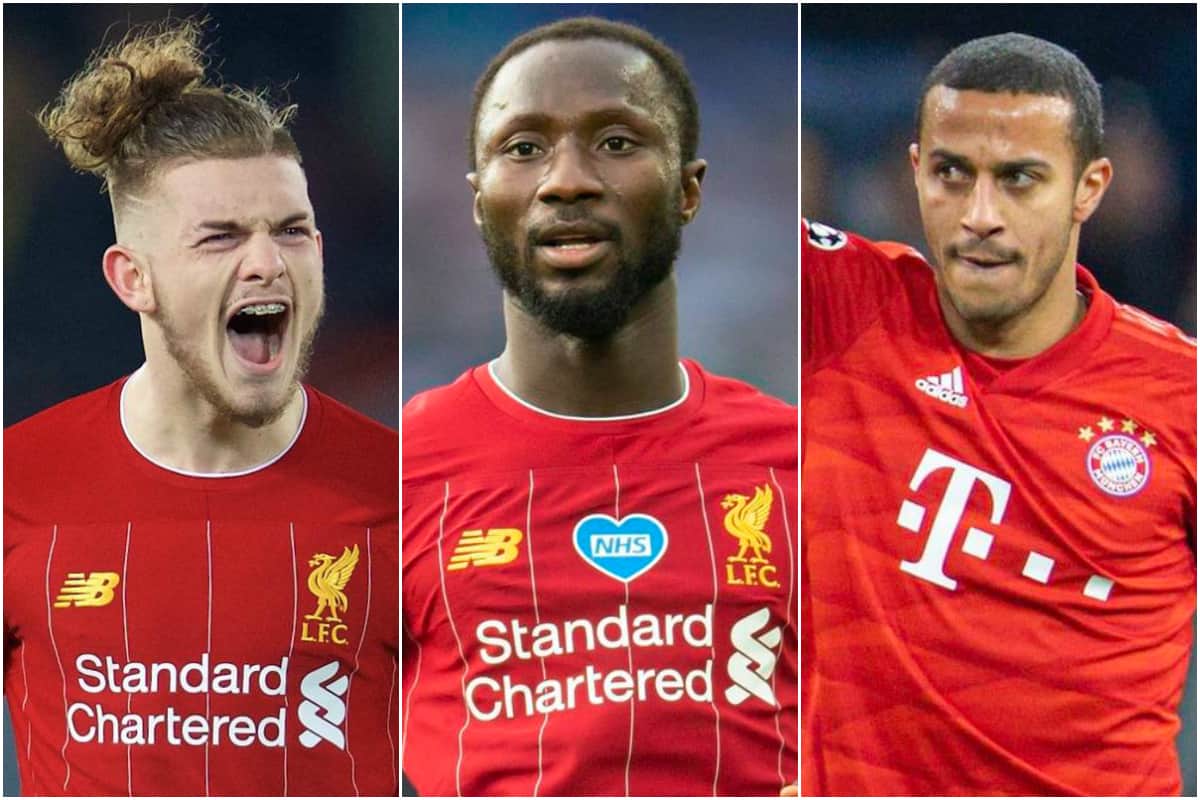 Liverpool’s lead is 23 points again at the top of the league! Today we have the match reaction, the rumours and the latest on Thiago Alcantara.

Liverpool have completed the signing of 16-year-old goalkeeper Fabian Mrozek.

The Polish stopper was on trial with the Reds last year but had to wait until turning 16 to join, and will become the third stopper on the club’s books from the country along with Kamil Grabara and Jakub Ojrzynski.

He joins from the FC Wroclaw Academy and spent time training with the first team last year.

Mrozek will go into the U18s squad for 2020/21 and compete with the likes of Oscar Kelly and Ojrzynski for game time, with Vitezslav Jaros and Ben Winterbottom the U23s stoppers.

Curtis Jones signed a new deal with the Reds over the weekend and then scored at Anfield against Aston Villa straight away afterwards – an ideal way to celebrate, really.

So now we can expect Harvey Elliott to do the same against Brighton in midweek, correct?!

The right-sided forward has signed his first professional deal with the Reds, now that he has turned 17, and joins several other seniors and youngsters in committing their futures to Anfield for years to come.

We have a fantastic squad, but these two have a great chance of being the next wave of talent to keep the trophy haul going—and both Elliott himself and Jurgen Klopp are extremely excited about what lies ahead.

Finances and circumstances dictate that the Reds won’t be linked with an in-his-prime, big-name player like Thiago too often this summer, so while we are, we’re keeping a close eye on fans’ investigations, journalists’ suggestions and more! If you can’t see the tweets below, click here.

#LFC insiders suggest it’ll be a quiet summer, Thiago is far from a typical FSG signing, and midfield isn’t the area most in need of reinforcement. But will Klopp be able to resist a player he has so long admired for such a cut-price fee?https://t.co/pPzuLquk7K

Thiago's departure is almost certain as he wants to leave Bayern.

If Liverpool don't sign Thiago we are finished. I can't see us winning the league next season by more than 15 points without him. Finished.

It wasn’t the most glorious of performances, but Liverpool found a way to win against Aston Villa and several players were notable for their impact even when below their best.

An Express “exclusive” (yes!) says Juventus and Paris Saint-Germain want to fight it out for Hector Bellerin this summer.

That’s the Bellerin with three years left on his deal, who is just back from 12 months out injured and who is currently struggling to keep his place ahead of Cedric Soares. In an Arsenal defence.

Sean Ingle looks into why there are so few Asian players at top clubs, for the Guardian.

And Sam Tighe ranks the best players since football returned behind closed doors, for Bleacher Report.