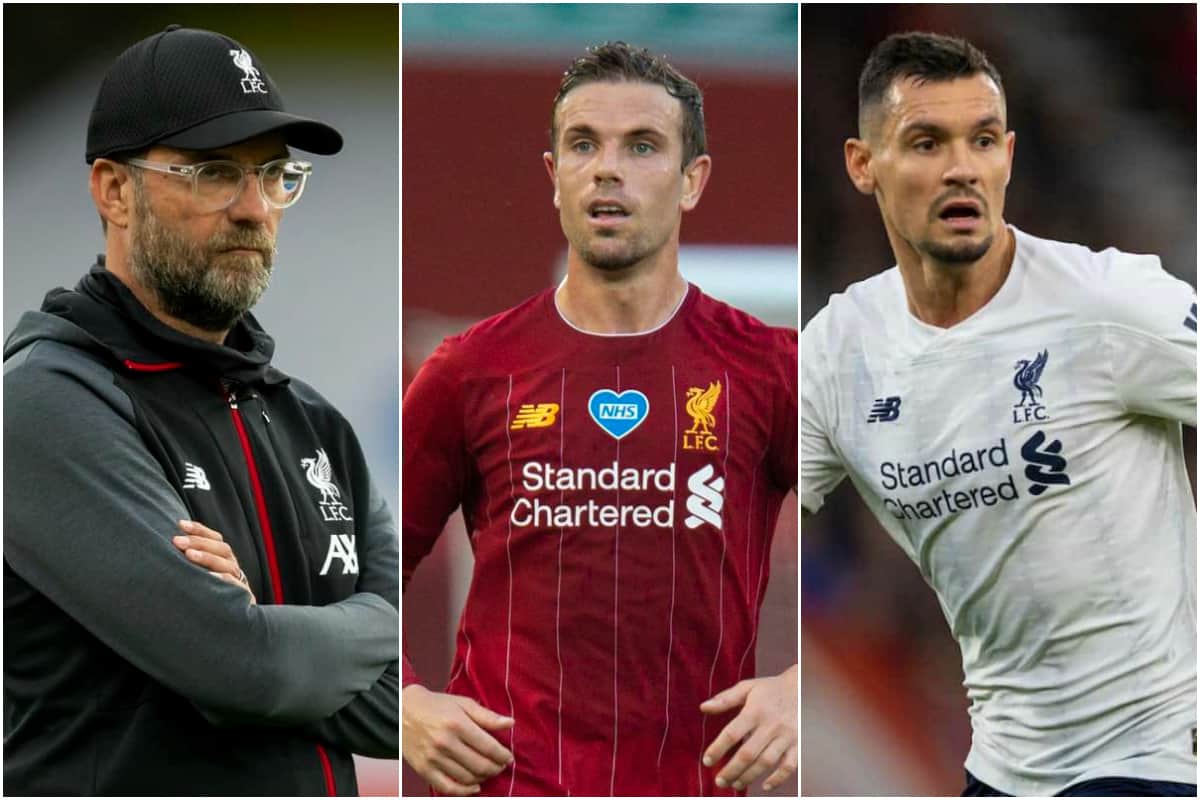 Liverpool keep winning everything and the rest of the league is getting extremely bugged by it. Today it’s captain Hendo winning Footballer of the Year.

Have to love it, don’t you? A man captains a team to four trophies in 13 months, skippers his team to the Premier League title and is voted Footballer of the year…and people cry-arse about it.

Pep complains that a City player never wins it, and Gary Lineker has to correct him.

The City manager was far from the only unhappy voice.

But really, even if you feel someone else should or could have won, is it too much to accept that other people feel differently? Is it really so horribly, stomach-churningly disgraceful that “man wins an award” that some feel the need to decry the entire system?

You were beaten, City. And you, United. Make your own team better and maybe next time they’ll be in the running.

Liverpool look certain to be waving goodbye to centre-back Dejan Lovren this summer, after it was widely reported that Russian Premier League side Zenit have made a €12m bid.

RMC journalist Mohamed Bouhafsi reports that terms have already been agreed on the move, where Lovren join on a three-year deal.

Bouhafsi says the initial fee will be €8.5m, rising perhaps to that €12m figure with add-ons.

Elsewhere, it has been reported in Spanish publication Estadio Deportivo that the Reds want Betis centre-back Aissa Mandi as Lovren’s replacement.

Jesse Lingard encouraging Jadon Sancho to join United. Hard to know the dumbest part here: Lingard’s game time going from three minutes a week to none; Lingard’s no goals, no assists looking even more embarrassing in comparison; or Sancho reading the headline and going…”Who?”

Told 5 years ago that he made a massive mistake leaving trophy winning City for Liverpool. Now he’s a European, World and Premier League champion.

Best free signing ever made, his determination, hard work and professionalism has made a massive influence to this team.

A brief history of wide forward work horses, on Planet Football, featuring more than one in Liverpool’s history.

And ahead of the final weekend of the Premier League, the Reds can sit back comfortably – but the rest of the big outcomes are still to be decided. Miguel Delaney of the Independent breaks it all down.