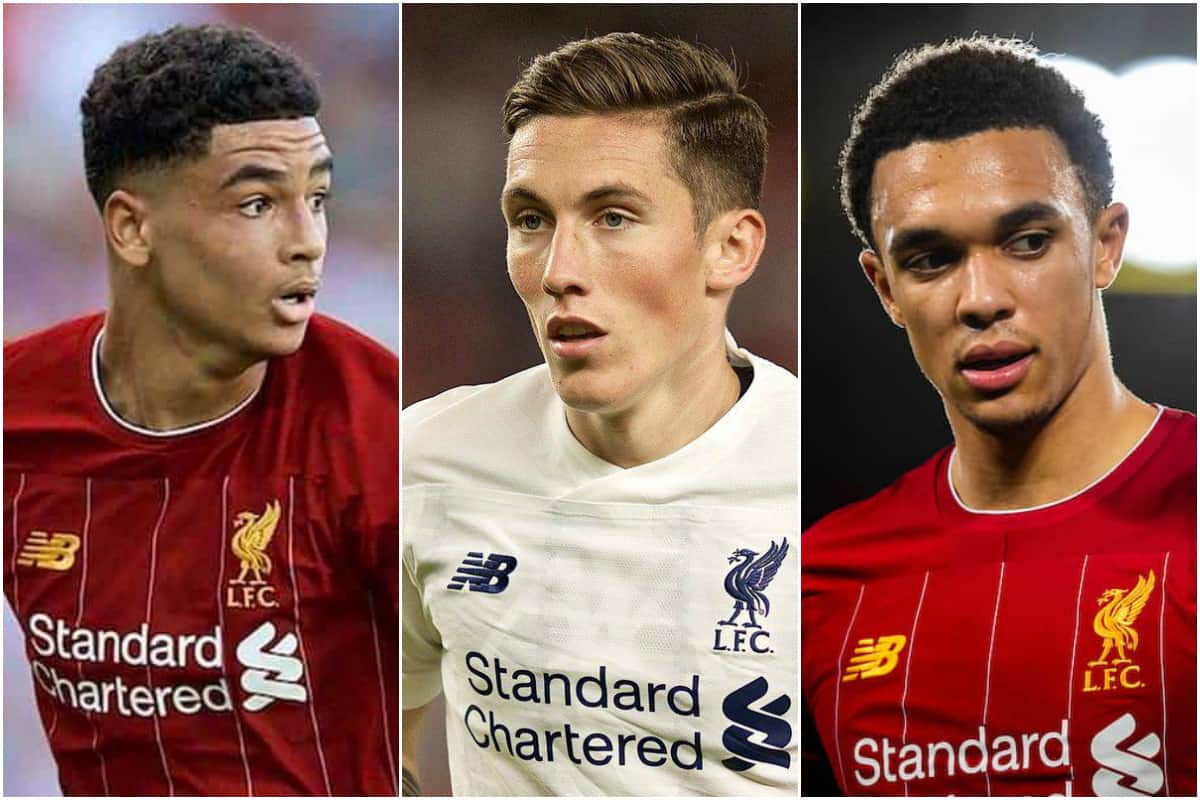 Liverpool could let three youngsters go on loan this summer, while there’s talk of at least two potential arrivals from outside the Premier League.

Straight onto Plan B

It was widely reported that Liverpool had bid £10m for Jamal Lewis on Thursday – and had the offer immediately rejected by Norwich.

Now Greek media say the Reds have moved swiftly on and want to close up Plan B for the position instead: Kostas Tsimikas.

The Olympiacos left-back played against Wolves last night and Sportime say the club already have a proposal from the Reds – and half the Premier League are watching on.

Leicester and Everton are noted as keen, in particular.

Meanwhile, Bayern boss Hansi Flick says he understands Thiago’s desire to play in England – but there’s still no move from the Reds for him.

Three Reds to head on loan?

If a buyer cannot be found for Harry Wilson, he’ll be sent out on loan again rather than sell him for a knock-down price this summer—and the same goes for Marko Grujic.

The Reds are not keen to offload players on the cheap this year and would rather allow them to continue flourishing elsewhere, in the hope that next summer the financial landscape will be different.

Meanwhile, Ki-Jana Hoever has told B/R that he wants to play at the highest level possible and that he doesn’t want youth games any more – and a loan is possible there, too.

The Dutch defender has set targets: 10 games with the Reds if he stays, or 30 if he heads out on loan.

Also, he’s still keen to get games at right-back, not centre-back, though eventually he feels he’ll end up there.

All the rest of the rumours and headlines for the Reds…

Stupid team of the day

Well in Aberdeen players. They went to the pub, two got coronavirus, the spread in the city continues and their game is called off.

In 2019-20, Trent Alexander-Arnold played more passes into the box (509) than any other player in a top-five European league.

He also set the single-season Premier League record for most assists (13) by a defender… again. ? pic.twitter.com/w80FVV2FSn

Champions League tonight! Pick your favourite game as the idiots at UEFA have put them on at the same time, after months of separating Burnley and Union Berlin to play all around the clock…