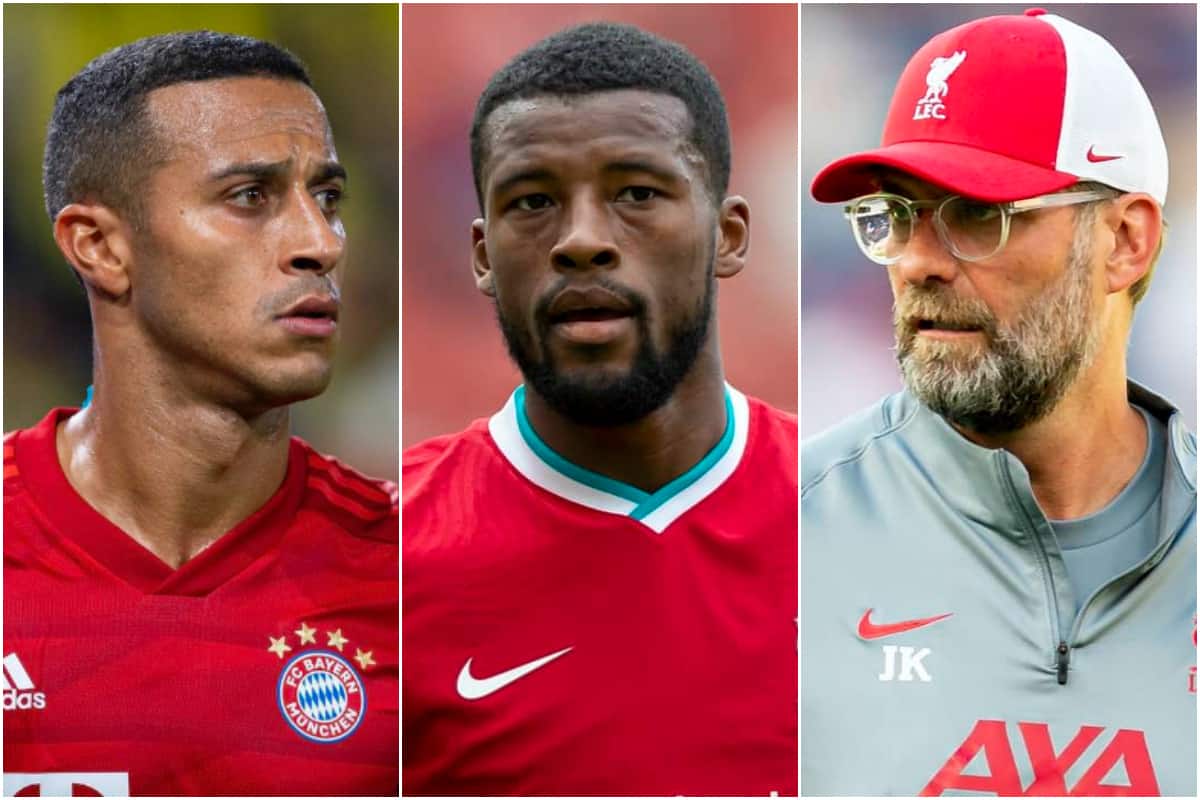 Liverpool are now just days after from their next fixture, while speculation continues over two players who certainly will not be involved in the clash with Blackpool.

It wouldn’t be right to go a day without talk of Thiago in this transfer window, and Wednesday brings another update to this saga.

BILD‘s Tobi Altschaffl has relayed word from Bayern Munich manager Hansi Flick, who believes that the midfielder’s “decision has been made” with regards his future.

Adding to this, the Guardian‘s Fabrizio Romano claims that Bayern are “convinced they’re [going to] receive a new bid from Liverpool soon,” with Jurgen Klopp “pushing again” for the deal.

A move for Thiago could, of course, be aided by developments with Gini Wijnaldum…

Mixed messages over Gini to Barca

Early on Wednesday morning, Catalan newspaper Sport claimed that talks over Barcelona signing Wijnaldum were “well advanced,” with the midfielder having agreed a three-year deal with the Spanish club.

Liverpool then briefed the Merseyside press, including Goal’s Neil Jones and The Athletic’s James Pearce to insist that no contact had been made with Barca.

De Telegraaf added, however, that clubs in the Premier League, Serie A and the Bundesliga were also interested.

Though it should still be taken with a pinch of salt, reading between the lines—as has been the case with German outlets being the predominant drivers of the Thiago rumours—suggests a move to Barcelona is on the cards, but Liverpool are eager to keep it under wraps.

Two pre-season friendlies stand out if you’re able to locate a stream, with Villarreal vs. Real Sociedad kicking off at 6pm (BST) and Benfica vs. Braga an hour later at 7pm (BST).