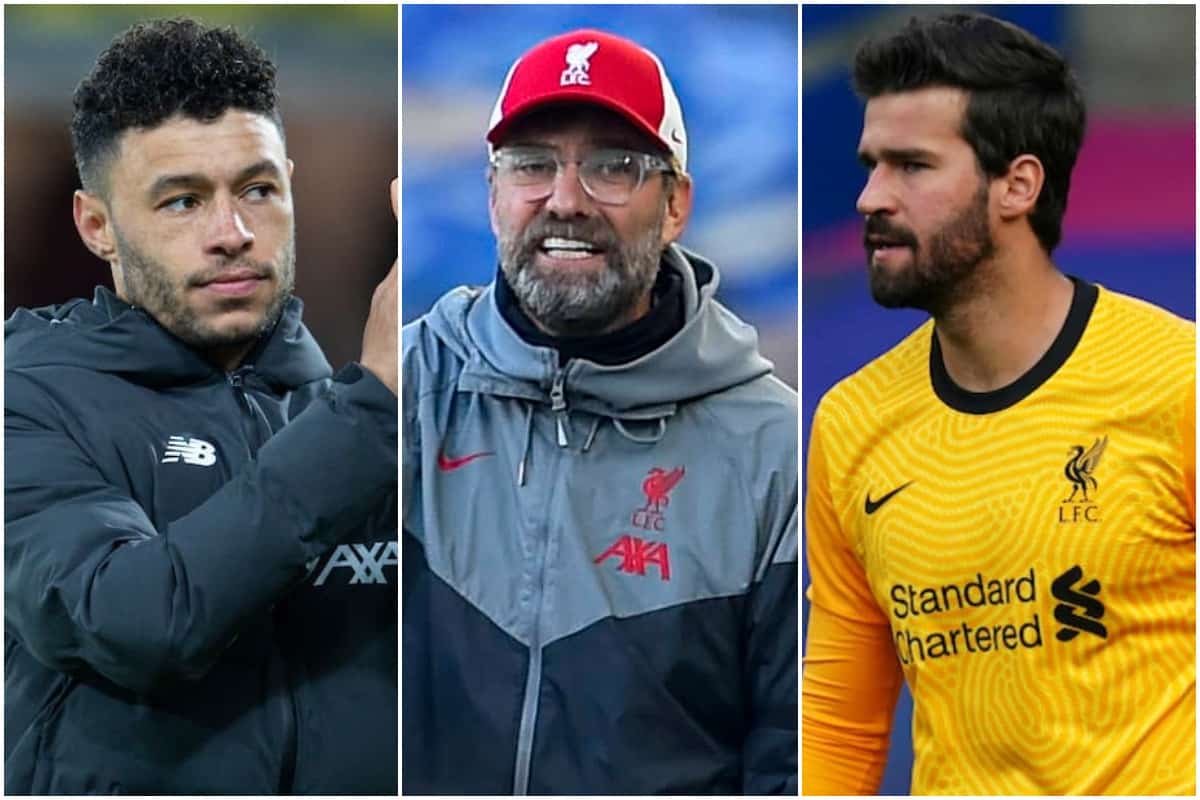 Liverpool are away to Fulham this weekend and we could see another returning face or two to the squad, while elsewhere there’s news on injuries and rumours.

Ali back between the sticks

Caoimhen did a good job – but Liverpool could be back to full strength in the goalkeeping department at the weekend.

Jurgen Klopp has confirmed that Alisson Becker is back in training on Friday and, assuming there are no setbacks or bad reactions, he should be back in goal against Fulham on Sunday.

Sadly, the Reds might be missing another player or two instead, though, at left-back and in attack.

No returns yet for a trio who are edging closer, though we did get Keita and Trent back last weekend too.

Klopp and Ali could be named The Best

Of course, they already are for Liverpool fans!

But that’s just the name FIFA gave their reasonably new awards: ‘The Best’ deals out gongs to the finest men and women around the game, with two from Liverpool in the running this time around.

Jurgen Klopp is up against Leeds‘ Marcelo Bielsa, for some reason, and Bayern Munich’s Hansi Flick, who is likely to scoop the award given his team won the treble last season.

On the playing side, Alisson is in line for Best goalkeeper, against Jan Oblak of Atletico and Bayern’s Manuel Neuer.

Our Brazilian won this award a year ago, while Klopp took home the coach’s award too.

Time to look toward Fulham and how the Reds can take another three points!

Man United‘s players are worried their inconsistent form is down to constant tactical changes by the manager, say the Telegraph.

While we’re sure it makes an enormous difference to doing such things as “clearing the ball”, “winning a header” and “stopping a cross” – all which led to goals in midweek – are very, very different whether there are two or three players ahead of you and one or three up front…Ole’s great. Keep him.

How It Started How It Is Going pic.twitter.com/suiu2wYYxV

Mental health affects people in all walks of life. This is former Southampton captain Claus Lundekvam and his story of spiralling out of control after retirement, on BBC Sport.