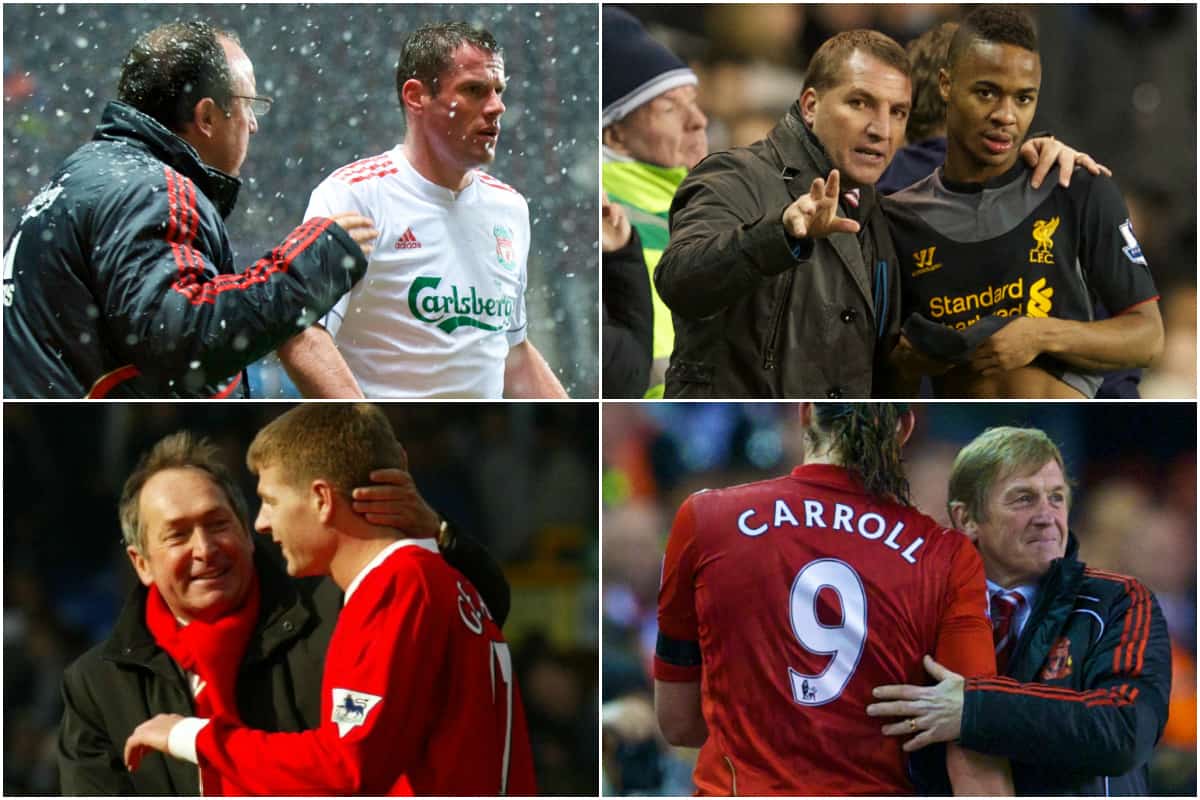 Every manager has their favourites, with it no different over the years at Liverpool. So can you name each boss’ most-used players, from Souness to Rodgers?

Over the course of the past 30 years, Liverpool have employed eight full-time managers, with Jurgen Klopp proving the most successful having won both the Premier League and the European Cup.

While Klopp’s man-management allows most, if not all, players to feel wanted at Anfield, there are some who are deployed much more often than others.

For the German, the No. 1 is Roberto Firmino, with the likes of James Milner, Jordan Henderson and Gini Wijnaldum joining the striker in the top five.

This situation is invariably the case for every manager who has come before him, and while sometimes those players remain the same over different reigns, in other instances they can vary drastically.

So can you name every Liverpool manager’s favourites?

We’re looking for the top five most-used players for each of Graeme Souness, Roy Evans, Gerard Houllier, Rafa Benitez, Roy Hodgson, Kenny Dalglish and Brendan Rodgers based on appearances made.