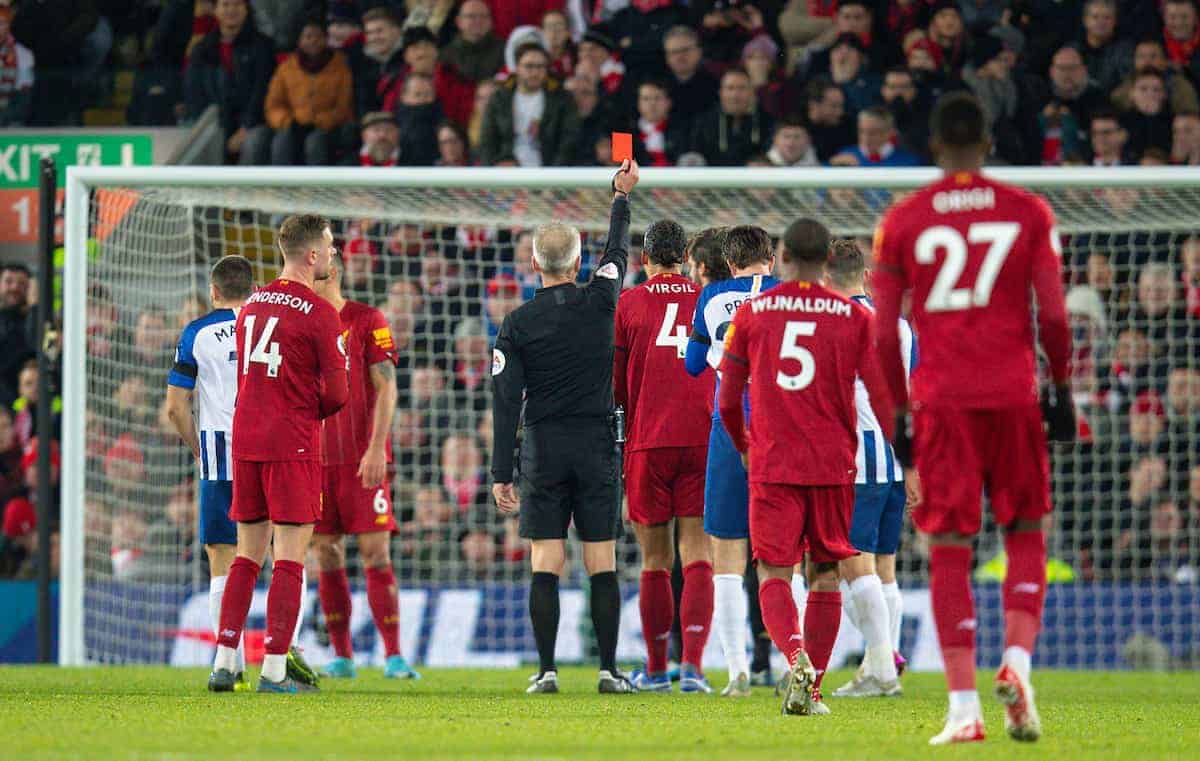 Since the Premier League was formed in 1992, Liverpool have seen the referee pull out a red card on 60 occasions – but can you name the players who they were handed to?

Whether it be two yellow card offences, a rash heat of the moment action which is nothing but a straight red or something in between, Liverpool have seen it all over the years.

Some are more memorable than others for all the wrong reasons, of course, with the punishment not only impacting the game they saw red but the ones which follow.

Jurgen Klopp‘s side have had three in the last two seasons to three different players, who make up the 47 to have been given their marching orders in the Premier League for Liverpool.

Your job here is to name all 47 players before the clock runs out. We have given you the number of red cards they received and the year in which they came. This one may be a bit tricky, good luck!