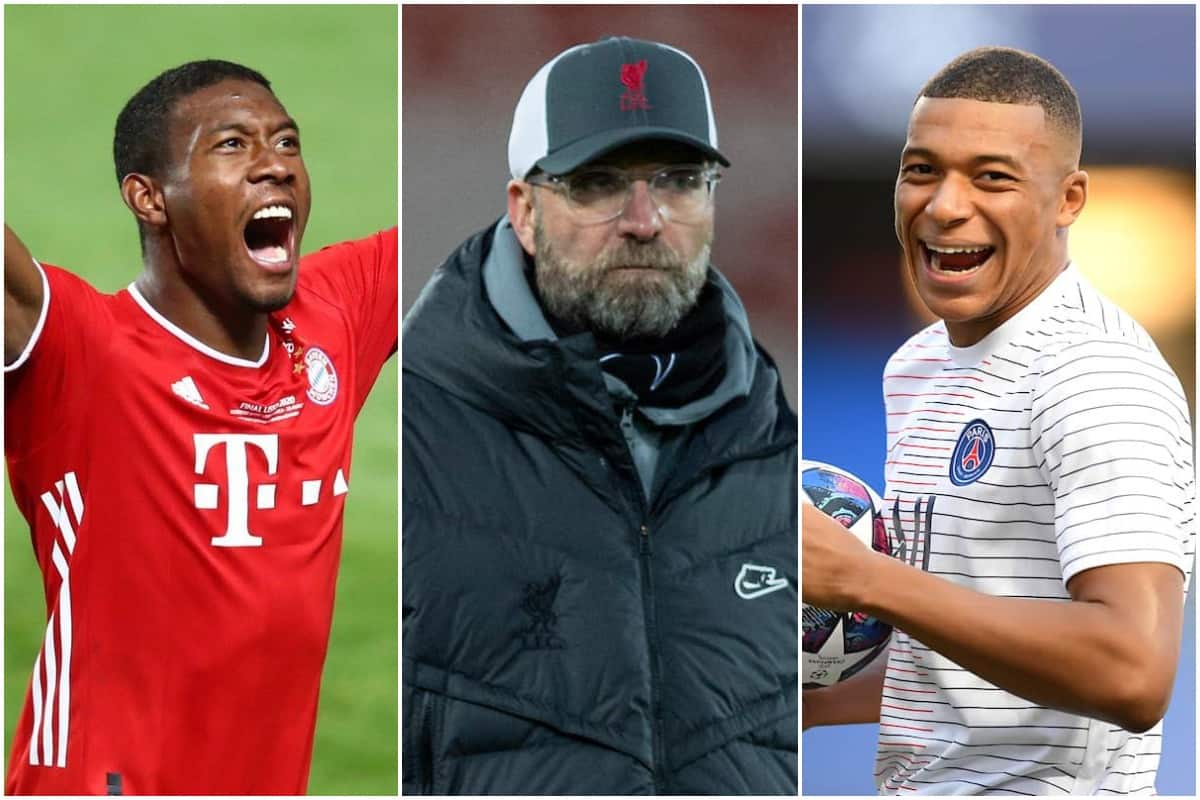 Liverpool are somewhat reeling from a second league defeat and a poor run of form…but hey, the transfer rumour mill is still turning strongly.

It’s no secret that Liverpool, and Jurgen Klopp in particular, remain admirers of Kylian Mbappe.

The PSG forward is one of the most electric attackers in the game and seems to have the world at his feet, and if he decides he wants out of the Ligue 1 champions there won’t be a shortage of takers.

Real Madrid remain the frontrunners according to most rumour-mongering news outlets, but Spanish outlet Sport say that Klopp is “maintaining contact” with the forward as he’s so keen to land him in future.

There’s no suggestion that a bid is imminent of course, and it’s more about Real’s perspective and the threat posed to their top deal now that Mauricio Pochettino has taken over.

But the insinuation is that Liverpool provide the biggest opposition to Mbappe moving to the Santiago Bernabeu, as Klopp “dreams” of having the World Cup-winner in his front line.

In the hunt for another man from Bayern

Signing Thiago Alcantara hasn’t yet been the raging success we’d all have hoped for, largely on account of Richarlison being unable to tell the difference between a football and a knee.

But just like there’s no doubting our No. 6’s quality, the rest of the Bayern Munich squad he left behind isn’t bad either – and David Alaba is the next giant to decide he’s had enough of winning the Bundesliga in Bavaria.

The Austrian is leaving on a free transfer in the summer and Fabrizio Romano says five clubs have contacted him with a view to signing him at the end of his deal.

Of course, the Reds are one of the five – otherwise why would be writing this? – but Real Madrid are the favourites and it’s likely this rumour will run on for quite some time yet.

The versatile defender/midfielder/wing-back can pretty much pick his own landing spot, and he won’t come cheap. Shame he can’t join this week and play centre-back in our upcoming games!

Needless to say, a reaction is expected. Let’s hope that comes against United with the first-team in place, not just in the cup against Villa.

Frank Lampard isn’t working out at Chelsea, so the board are considering replacing their former player-turned-manager-with-little-to-no-experience with, erm, Andriy Shevchenko.

Oh hang on, Liverpool aren’t 20 points clear. As you were… https://t.co/WFUXT3ExCC

Five things the fans are talking about after a dismal defeat to Southampton.