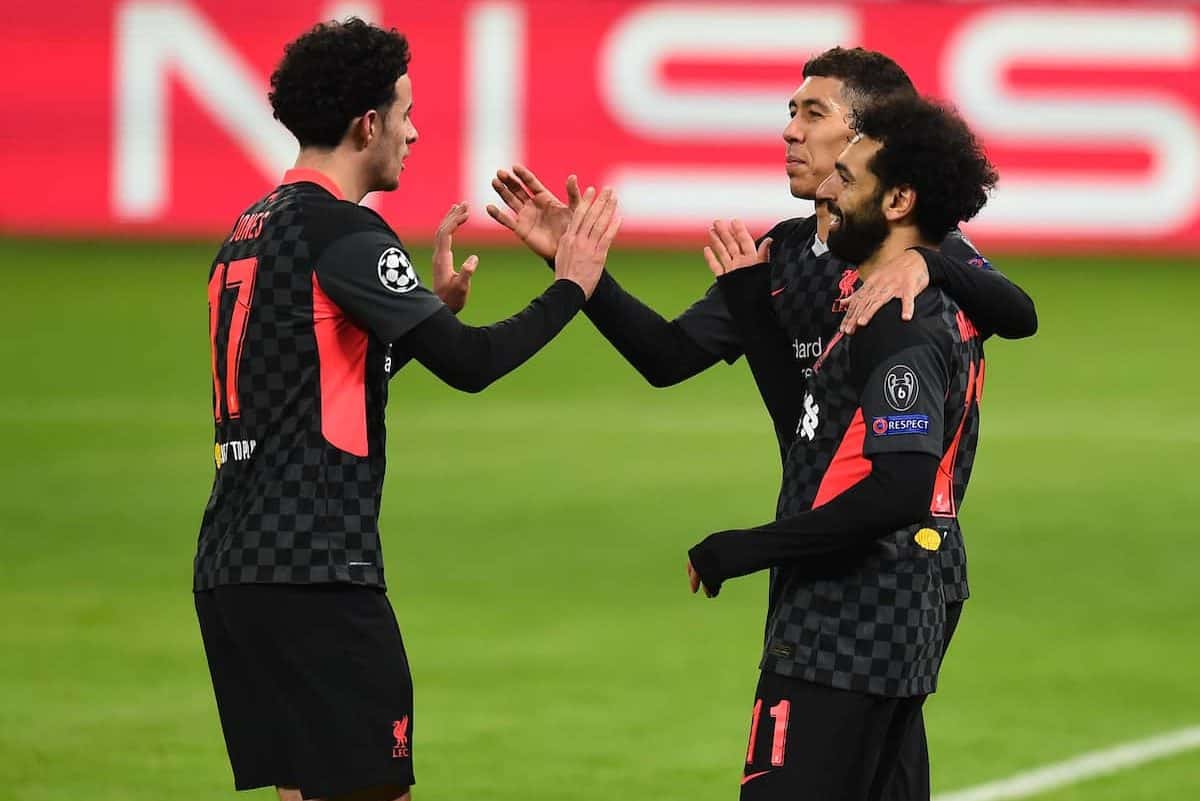 There were some excellent individual performances in Liverpool’s 2-0 victory away to RB Leipzig, in a pleasing return to form for the Reds.

After a dire run of results, the pressure was on Jurgen Klopp‘s side as they returned to Champions League action.

Liverpool bossed the game throughout the evening in what was one of their most pleasing and professional displays of the season.

Mohamed Salah opened the scoring early in the second half, finishing calmly after Marcel Sabitzer’s error, before Sadio Mane also slotted home after another mistake.

The Reds saw out the win in impressive fashion and now look strong favourites to reach the quarter-finals after the return fixture at Anfield in three weeks’ time. 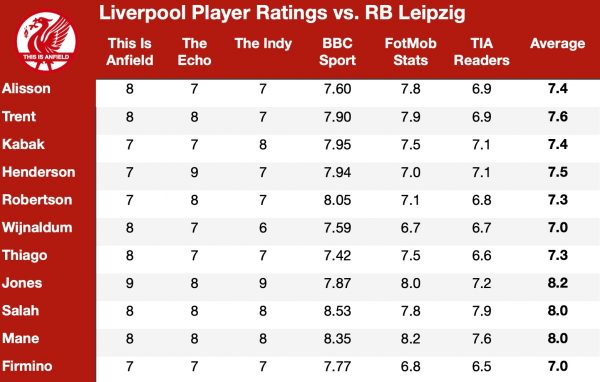 It was Curtis Jones (8.2) who took home the highest average rating, on a night when he showed great maturity.

The 20-year-old didn’t look remotely out of place in a big Champions League game, showing neat footwork, underrated dynamism and an admirable work-rate.

TIA’s Karl Matchett described Jones as Liverpool’s “best player overall”, lauding the manner in which he “shielded the ball from challengers”, among other key attributes.

Lawrence Ostlere of the Independent thought the midfielder was “absolutely outstanding at times”, adding that there is “plenty more to come from this young talent.”

Second place was shared by goalscoring heroes Salah (8.0) and Mane (8.0), as they outlined their big-game pedigree.

The Echo‘s Ian Doyle praised Salah for taking his goal “superbly” while pointing out that Mane “had a lot of joy” in his tussle with Nordi Mukiele.

Gini Wijnaldum (7.0) and Roberto Firmino (7.0) got the joint-lowest average, but their rating was higher than any of those against Leicester at the weekend, highlighting the improved level of performance.

Doyle called Wijnaldum “quietly efficient” at the Puskas Arena, though, and Matchett still felt it was “much better from Bobby.”

Liverpool now have four days to prepare for Saturday’s Merseyside derby at home to Everton – the Reds may have clicked at just the right time, ahead of a vital Premier League clash.