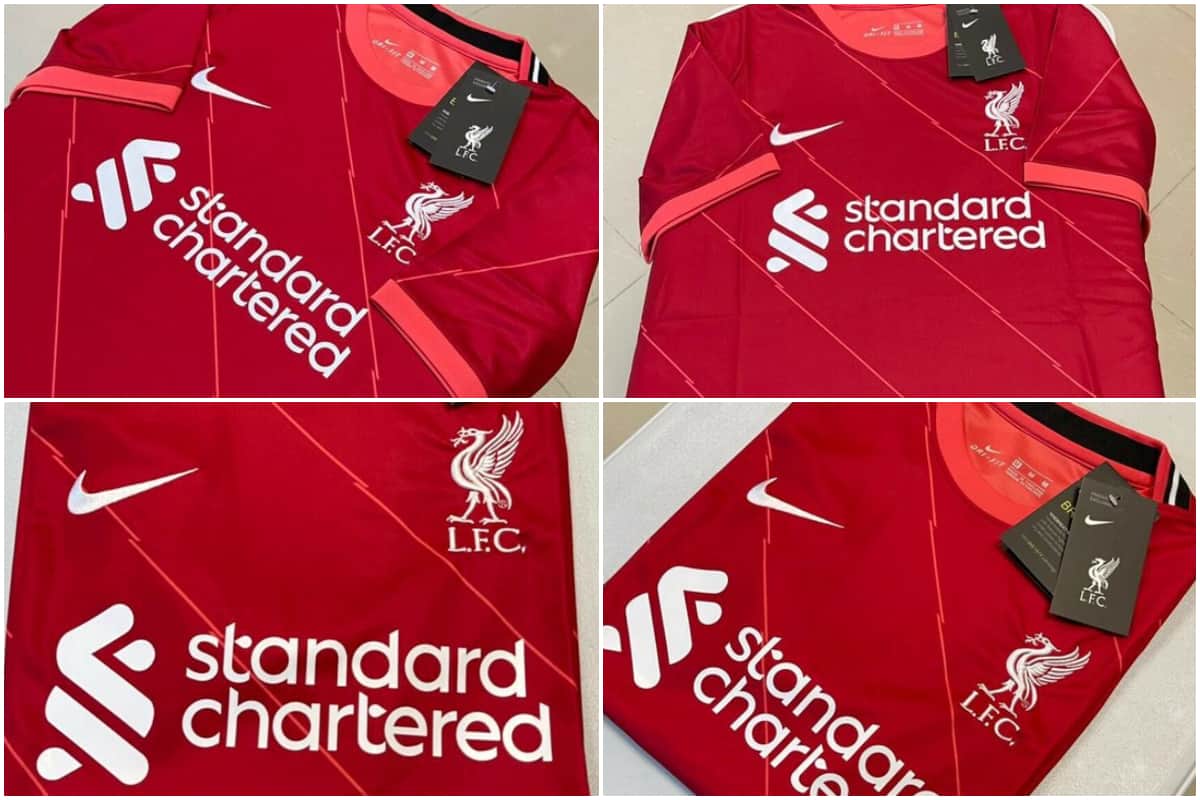 Liverpool’s home kit for the 2021/22 season appears to have been all but confirmed, with new images giving a closer look at the latest design expected from Nike.

Earlier this month, reliable kit website Footy Headlines leaked images of the Reds’ rumoured home kit for next season, which features a slight change of colour.

The kit features diagonal lightning-bolt stripes across the torso, with bright crimson cuffs, while the collar is a new overlapping design featuring the same colour along with fossil and black.

The shirt differs slightly to the previous leak, however, with the lightning-bolt stripes not connecting in this leak, while the colouring for the logos and on the collar appears to be closer to white and fossil.

But as of yet there is no confirmed design from Nike or Liverpool, which leaves the subject up for debate, and ensures these images remain simply as reference.

Either way, they provide a better idea of how the leaked design could look upon its release this summer, with @KB2X even claiming that the home kit will be released in mid-May.

The leaks have been met with a mixed reaction from supporters so far, as was the case when Nike unveiled their first offering for Liverpool last year.

Away from home next season, the Reds are rumoured to be wearing fossil with bright crimson and dark atomic teal, while the third kit is claimed to be yellow, with white, grey and red details.