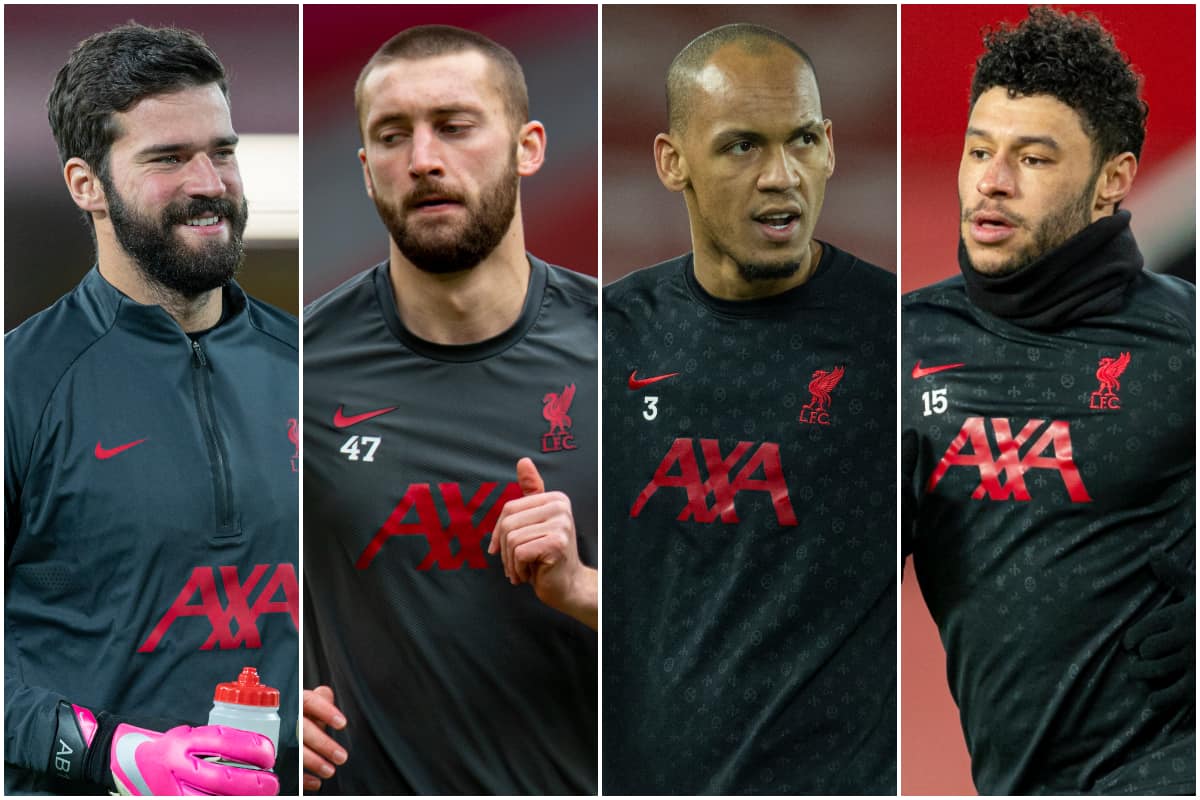 Liverpool have seen 12 first-team players called up for international duty this month along with a clutch of youngsters, but who will be staying behind on Merseyside?

Jurgen Klopp has overseen an unusual weekend at Kirkby as his first-team squad was divided ahead of the international break, with those called up training separately.

The manager welcomed 12 youngsters into his group, and they all featured in an intra-squad friendly on Saturday afternoon which saw Ben Woodburn score a hat-trick and Kaide Gordon impress in particular.

They were joined by many of the faces who should become more familiar over the next fortnight, with 11 senior players not called up by their respective countries.

For Alisson, Fabinho and Roberto Firmino, this was due to the postponement of all World Cup qualifiers by CONMEBOL, leaving Brazil out of action – with it unlikely Premier League clubs would have released their players even if they were.

But for Trent Alexander-Arnold, Nat Phillips, Alex Oxlade-Chamberlain, Rhys Williams, Ben Davies, Adrian and Divock Origi, they were simply overlooked by their national team managers in favour of other options.

James Milner ruled himself out of contention for England in 2016, and will therefore stay on Merseyside throughout the break as has been custom for the majority of his Liverpool career.

These 11 players have been given the option of training at home next week, or continuing to report to Kirkby to work alongside the club’s fitness staff. 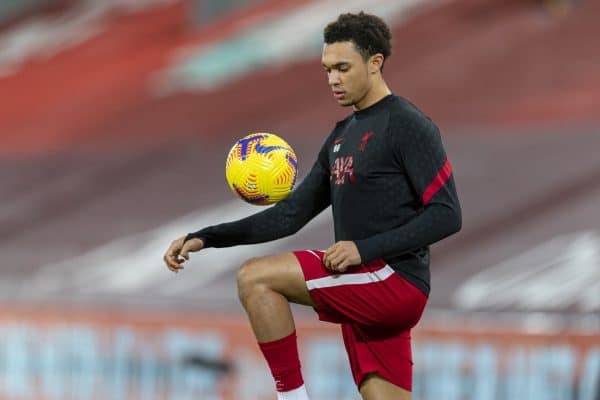 It is likely that, with overseas travel ruled out, many will spend the week at the training ground, though there will also be an emphasis on rest during a rare break in a ridiculously congested campaign.

Naby Keita will return to Merseyside midway through the break, with Liverpool requesting he only join the Guinea squad for their Africa Cup of Nations qualifier against Mali on Wednesday, with their next opponents, Namibia, on the UK’s red list for travel.

Meanwhile, Caoimhin Kelleher will continue his rehabilitation after leaving the Republic of Ireland squad due to a stomach injury.

Preparations for next month’s trip to Arsenal will begin in earnest on March 29, with Klopp likely to keep calling upon the likes of Woodburn, Gordon, Billy Koumetio, Conor Bradley, Tyler Morton, Melkamu Frauendorf and Mateusz Musialowski for training.

Owen Beck, Jarell Quansah, James Norris and James Balagizi won’t be available, however, as they have been called up to represent the Wales under-21s and England under-18s respectively.