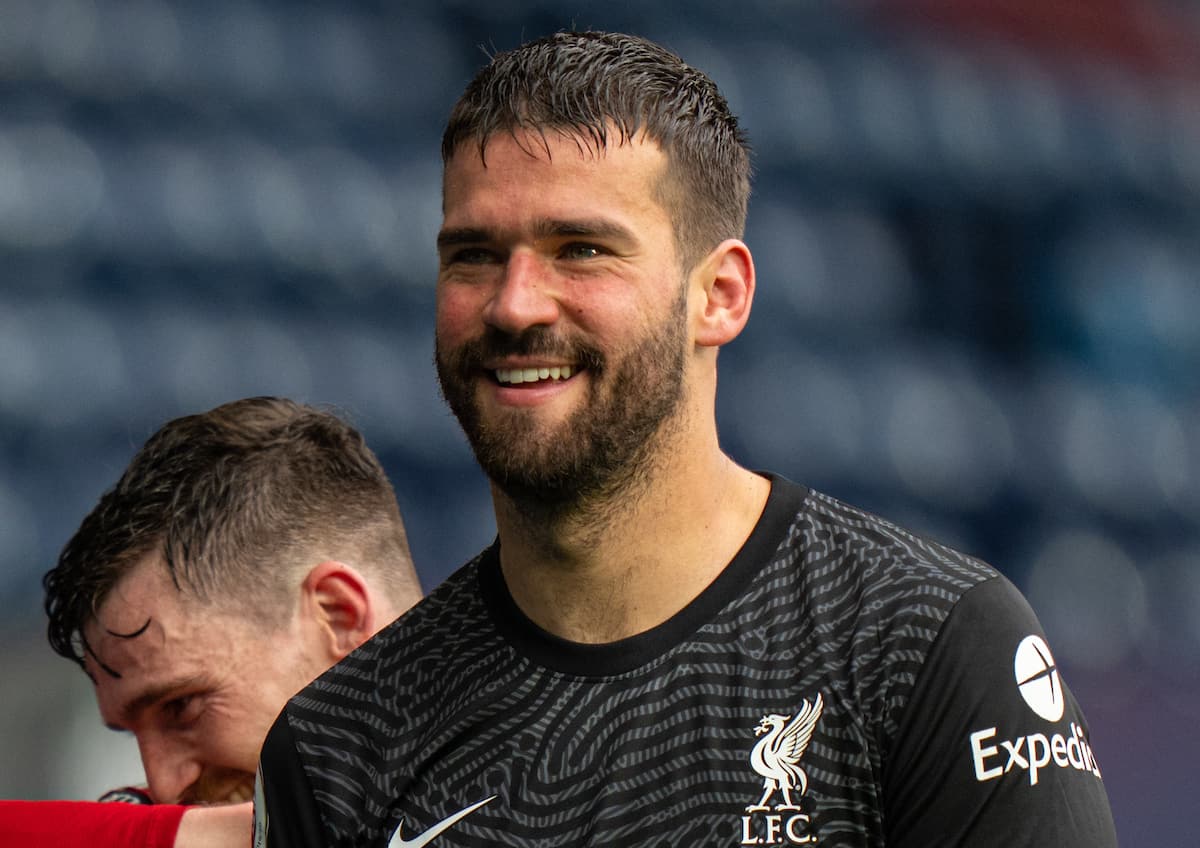 If you didn’t already think Alisson‘s thumping header was special already, it’s taken up a notch when you realise he is the first goalkeeper to score a competitive goal for Liverpool.

The club was founded in 1892, 129 years ago, and a long list of incredible goalkeepers have plied their trade at Anfield in those long and illustrious years.

From Elisha Scott, Ray Clemence, Tommy Lawrence, Bruce Grobbelaar and Pepe Reina, among others, none had ever scored for Liverpool when lining up as the club’s No. 1.

The Brazilian acknowledged “you can’t explain those kinds of things“, things that see him thrust into the penalty box at the death to steer home the winning goal and keep Liverpool’s top-four dreams well and truly alive.

And he made history.

His goal was the first ever to be scored in a competitive fixture by a Reds ‘keeper, certainly not a bad token to hang your hat on.

If that wasn’t enough, he also became only the sixth goalkeeper in the Premier League era to etch his name onto the scoresheet and the first of those to score the winner.

He was rightly mobbed by his teammates and wore his emotions on his sleeves after what has been a tough year after the passing of his father, where he was not able to return to Brazil.

The goal has led to a record for Alisson and, vitally, it means Champions League qualification for next season is still in Liverpool’s hands heading into the final two games.