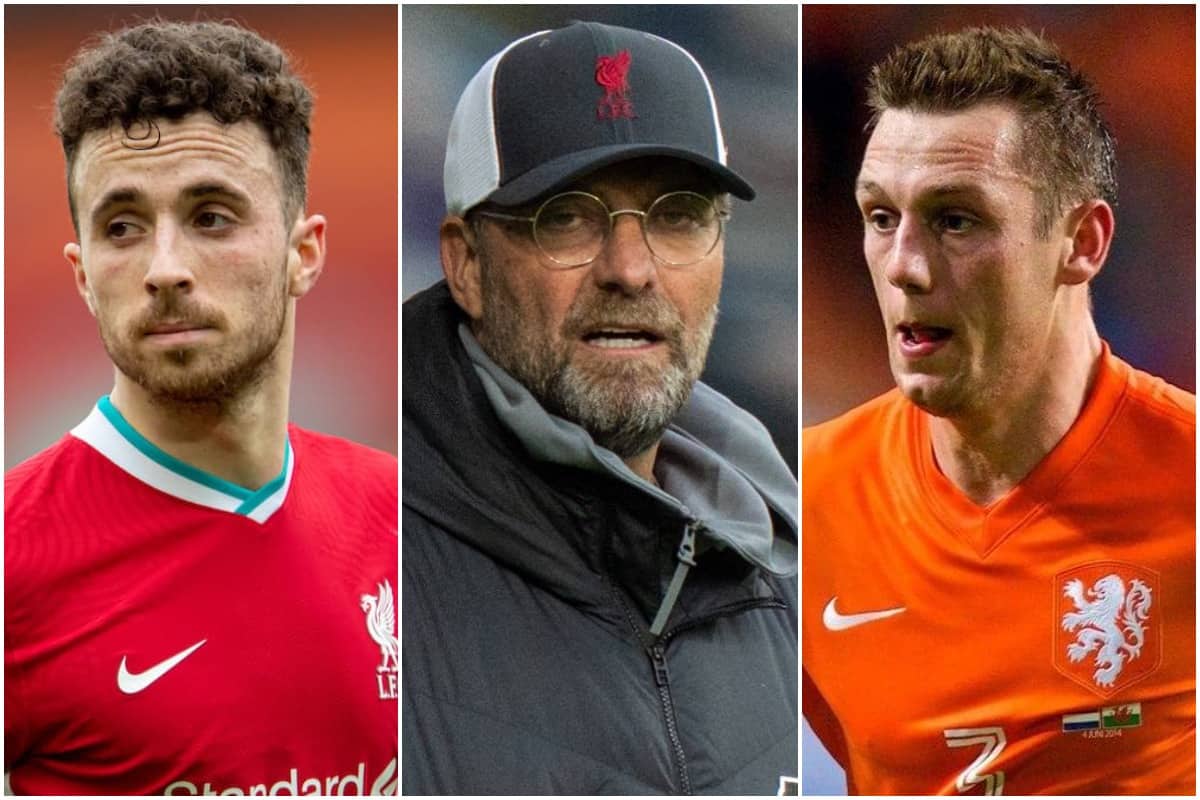 Liverpool are straight back in action with a Wednesday game against Burnley, so we’ve got the build-up for that game and the latest transfer rumours for summer today.

Three centre-backs from Serie A?

Silly season has officially begun when the same club are linked with two players from the same other club…in the same position…via the same outlet. Plus one of their biggest rivals.

Liverpool are apparently ready to raid the soon-to-be-gone San Siro to bolster their defensive ranks, with Andrea Bastoni the target of Jurgen Klopp‘s admirations.

Well, that’s according to reports from one Italian outlet…but clearly the journalistic lines of communication are not great there, because the same source also says it’s Inter’s Stefan de Vrij we actually want.

Just to add to the fun and games, another Italian journalist told a radio station that Liverpool are in “pole” position for Kalidou Koulibaly – yep, that’s still a thing.

Who is your money on arriving?!

Jota has small chance of returning for Palace

Maybe he’s not out for the season after all.

Diogo Jota missed the win at West Brom through injury and Klopp had initially claimed his campaign was done, but now says there has been an improvement.

After the swelling reduced, a second scan “looked better” and he has a “tiny, tiny little chance” to play our final game of the season, in front of 10,000 fans at Anfield.

As we may well need to win that game to wrap up the top-four – let’s see how midweek goes first before looking too far ahead – we could definitely do with having another attacking option.

Don’t want to have to rely on Alisson notching another one, after all.

Some much-appreciated words on and from our major stars at the club. We love ’em.

Great club gesture of the day

You may remember several years back, QPR academy starlet Kiyan Prince was stabbed to death after trying to break up a fight. On the 15th anniversary of his tragic killing, the club have given him a squad number, “signed” him on Fifa 21 and made him the world’s first virtual footballer as part of their ongoing commitment to his legacy and foundation.

Chelsea vs Leicester, of course!