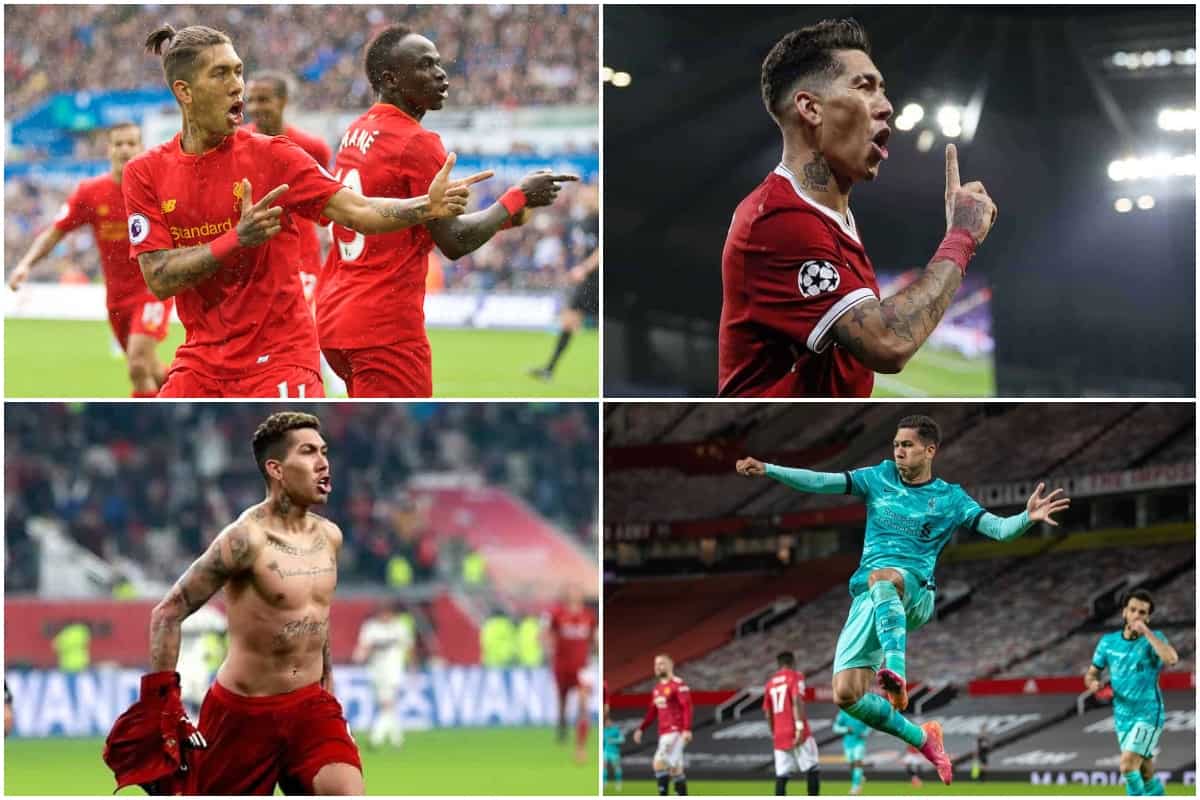 Roberto Firmino has now officially been on Liverpool‘s books for six years and in that time he has scored 87 goals in 292 games – but can you remember the teams he has scored against?

‘Si senor, give the ball to Bobby and he will score’

Our No. 9 has carved out a special career at Anfield since signing back in 2015 in a £29 million move from Hoffenheim, proving key in seeing the Reds lift four major honours in that time.

Firmino has endeared himself to Reds with his ability, selfless style of play and unique goal celebrations, to which there have been many.

In his 292 games to date, he has scored a total of 87 goals for the club against 33 different teams around the world.

Question is, can you recall all 33 teams to have had to pick the ball out of their net because of Firmino in just six minutes?

How deep into the memory will you have to go for this one?