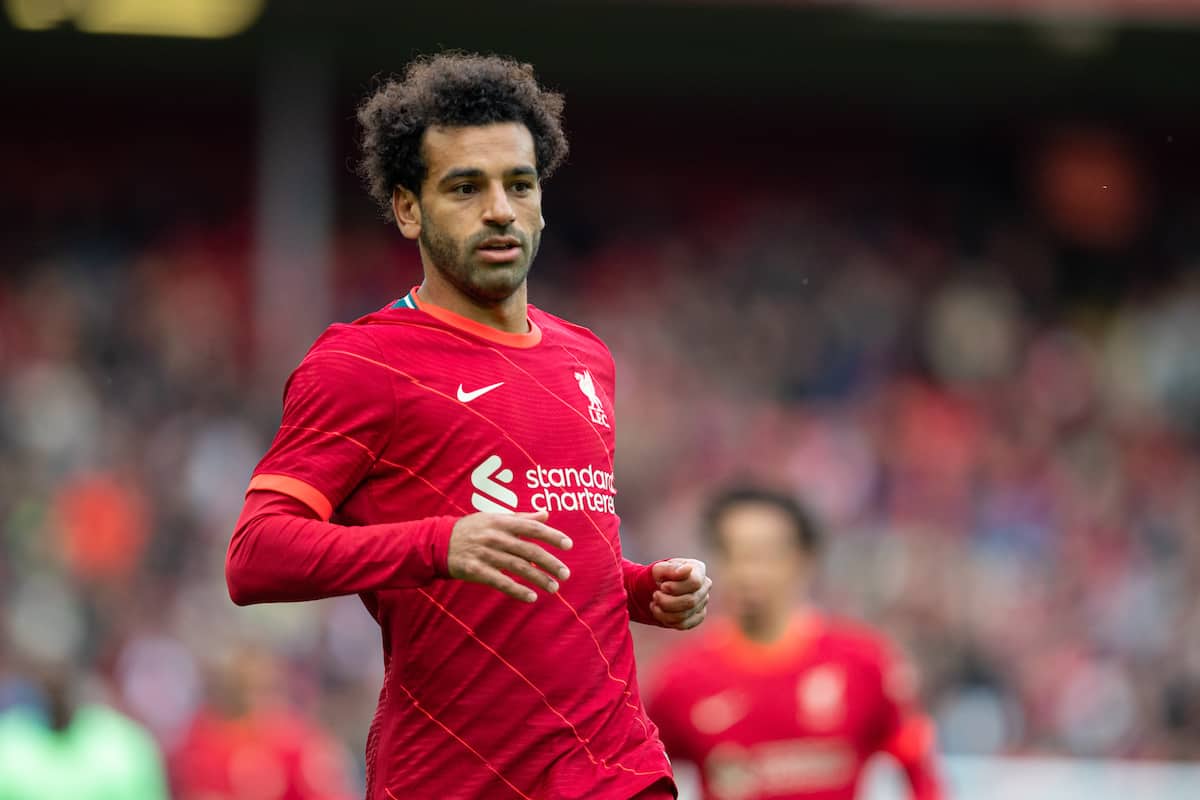 Liverpool and Mohamed Salah remain in talks over a new long-term contract, but the Egyptian’s wage demands are not as lofty as one tabloid journalist has claimed.

Salah is already Liverpool’s highest earner on terms worth around £200,000 per week, and any extension will see the club break their salary record.

But the suggestion that the 29-year-old is seeking to more than double his existing wage seemed dubious – not least due to the source, who had previously seen claims of a move for Jack Butland shot down in 2020.

Fortunately, the Liverpool Echo‘s Ian Doyle has insisted that “the amount Salah is asking for is not in the region of the £500,000-a-week that was being suggested.”

Doyle adds that Liverpool are “continuing to press ahead with talks,” with the club “keen to reward” their No. 11, who has scored 127 goals in 206 games since joining from AS Roma in 2017.

That comes as no surprise given his importance, and it seems likely his wages will rise above the £300,000-a-week mark if he commits his future beyond 2023.

It has been previously suggested that Liverpool hope to tie Salah down on a four-year contract, which would take him beyond his 33rd birthday.

If he were to push for wages of £500,000 per week, there are few clubs who would be able and willing to pay that, regardless of his status as one of the best strikers in the world.

Perhaps the biggest takeaway from Doyle’s report is simply reiterating the point that tabloids can rarely – if ever – be trusted when it comes to transfer exclusives.