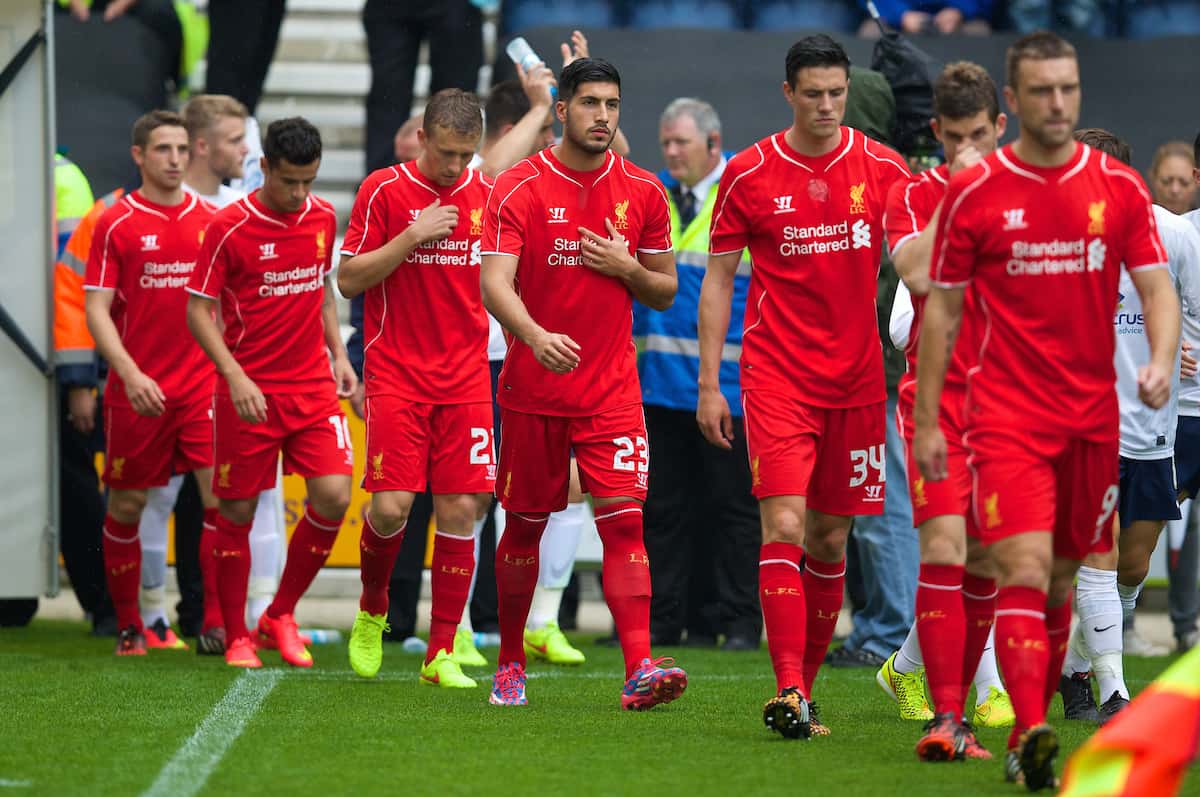 Liverpool visit Preston for their first competitive clash since 2009 on Wednesday night. But their last visit to Deepdale came in a pre-season friendly in 2014.

The Reds head to North End for their League Cup fourth-round tie this week, just over seven years since their most recent trip to the home of Preston.

Brendan Rodgers led his side to Deepdale for a pre-season friendly ahead of the 2014/15 campaign, with nine players missing due to their involvement at the World Cup and Luis Suarez having already agreed his exit to Barcelona.

That led to a mixed side with plenty of youth taking to the field on July 19, 2014, with new signing Lazar Markovic in the stands and two of his fellow newcomers starting.

So how well can you remember the side that fought back for a 2-1 victory?

The 23 players involved include the Reds’ youngest-ever Premier League player, a current Premier League captain, a Hungarian, a Uruguayan, a Swede and a youngster labelled ‘the next Stevie G’.

They are all no longer with the club, and those still active currently play for sides such as Wolves, Sporting CP, Sevilla and Fortuna Dusseldorf.