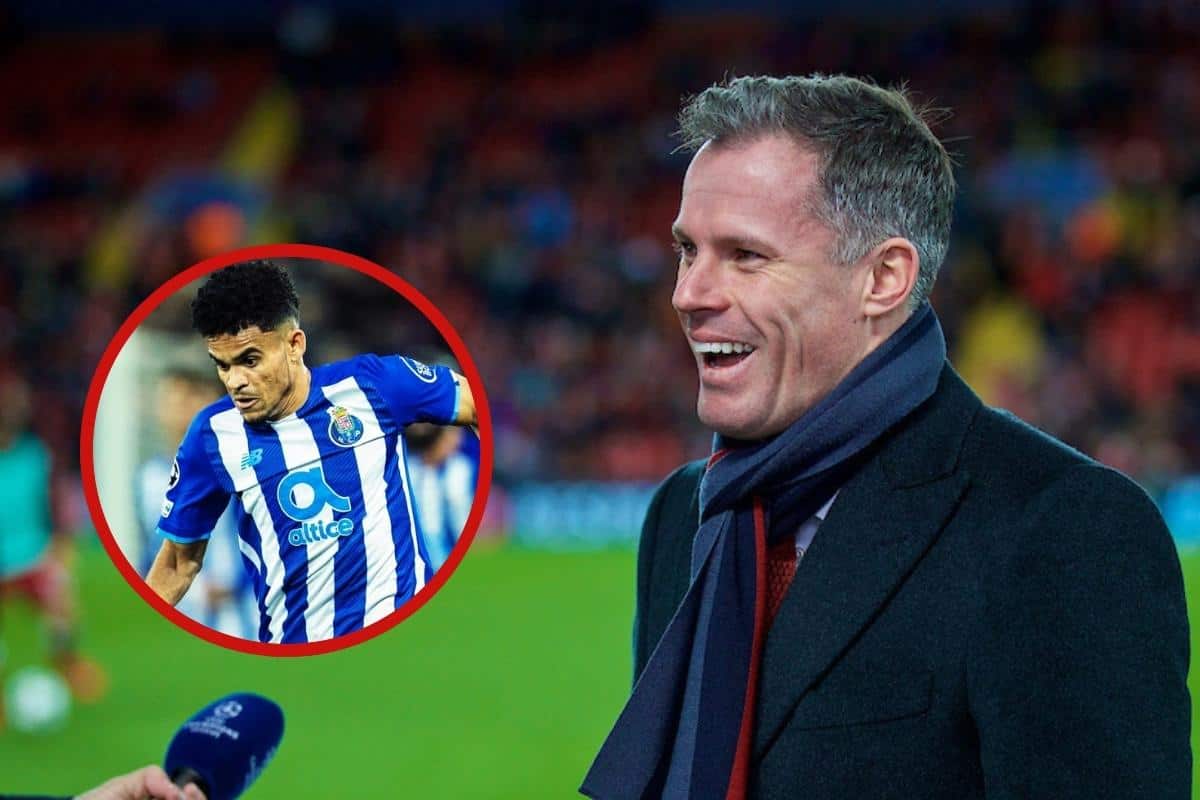 It just so happens to be Liverpool legend Jamie Carragher’s birthday and he can think of one present that the Reds can give him on Friday, and it involves one Luis Diaz.

Supporters could be forgiven for falling asleep during the January transfer window, with incoming signings having looked unlikely, at best.

As was the case when Liverpool snapped up Fabinho and Diogo Jota, news broke from nowhere on Friday claiming Diaz was on the verge of a move to Anfield.

The Porto winger could join in a rumoured £50 million move, although differing reports have claimed the amount could be less.

Either way, it is a significant piece of business by the Reds, whose attack arguably needed a new top-class addition last summer.

Amid the many happy Liverpool fans, one individual also clearly paying close attention to the news was Carragher.

The former Reds centre-back, whose tally of 737 appearances is bettered only by Ian Callaghan (857), is celebrating his 44th birthday on Friday.

And taking to Twitter to respond to Liverpool’s birthday wishes, Carragher let them know he had an ideal present in mind: Making Diaz’s arrival official on his big day.

Luis Diaz would be a lovely birthday present if you can get it done before the days out ????

“Luis Diaz would be a lovely birthday present if you can get it done before the days out,” was Carragher’s response, and many will hope to see that gift delivered!

Whether or not the former Champions League winner gets his specific wish remains to be seen, but the Reds are to complete a medical in South America.

Diaz is currently on international duty with Colombia, with his country facing upcoming 2022 World Cup qualifiers at home to Peru (Friday) and away to Argentina (February 1).

It may be that the move takes a little longer to complete, but it does now look like only a matter of time.

Diaz has 18 goals involvements in as many Primeira Liga appearances for Porto this season – 14 goals and four assists – as well as netting twice in the Champions League, coming up against Liverpool home and away.