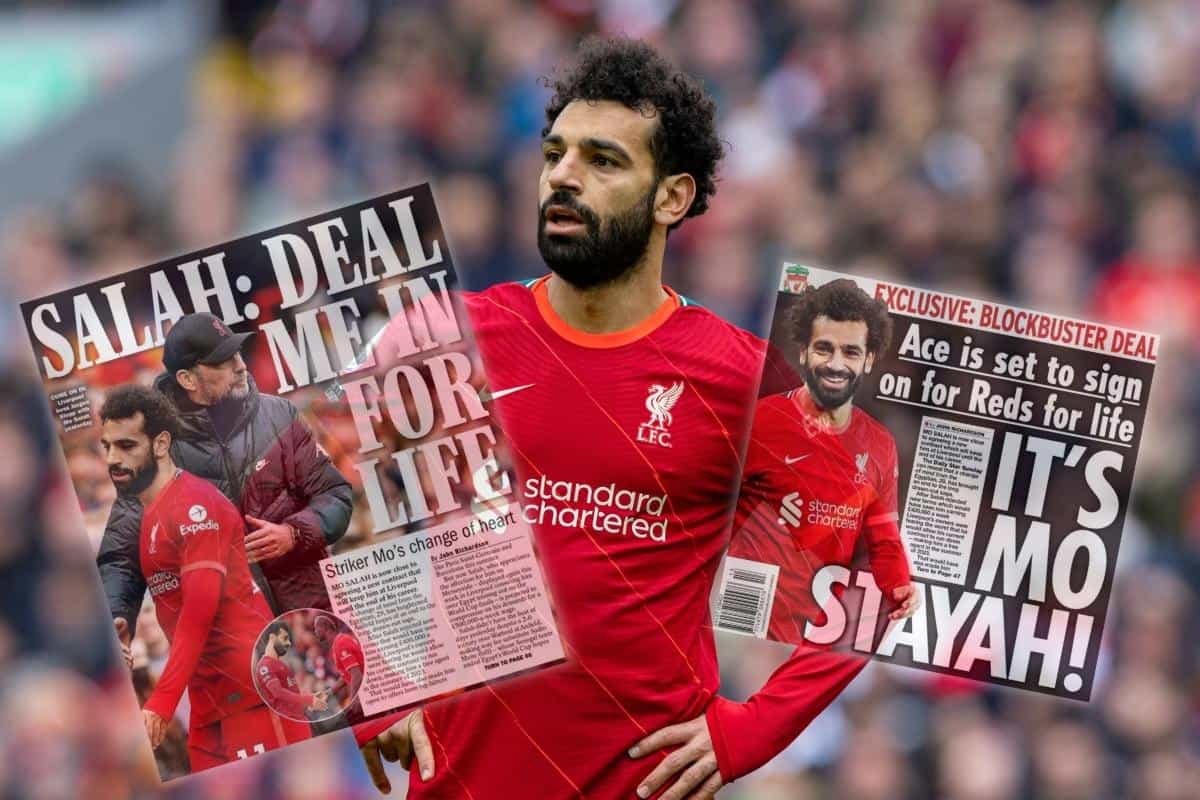 Sunday’s papers have brought headlines of Mohamed Salah being close to a new long-term contract with Liverpool – unfortunately, those claims are unreliable.

It is the story that has underpinned Liverpool’s remarkable campaign so far, as with less than two years left on his deal, Salah is yet to sign an extension.

Talks have been ongoing, but it was reported back in March that those had reached an impasse, with the forward’s agent feeding stories of discontent to the gutter press.

Salah has struggled to match his world-class standards for much of 2022, with his failures with Egypt clearly having an impact, but tying the No. 11 down to a new contract is undoubtedly a priority for Liverpool.

There was an emphatic response, then, to headlines on Sunday that claimed the 29-year-old was set to agree with the club on a deal that would tie him down “until the end of his career.”

The story came via the Mirror, repeated in the Express and the Star, with Salah said to have experience a “change of mind” and was “prepared to compromise” on his initial demands.

It is suggested that Salah had asked for a salary worth £500,000 a week, with Liverpool only offering £400,000 a week, but was now willing to accept those terms. 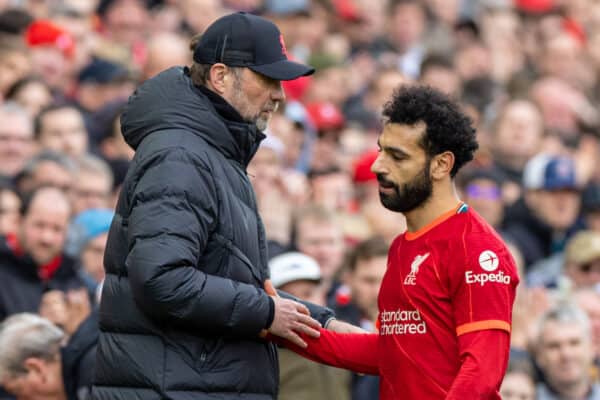 Furthermore, the report adds that the contract could be extended from a three-year offer to four years, “which would effectively see him play out the best remaining years of his career with the club.”

The prospect of Liverpool rewarding Salah’s sensational input with a sizeable deal that would take him beyond his 34th birthday is a mouthwatering one for fans.

But unfortunately, the source of the story is baseless, with these latest claims untrustworthy.

Typically, a Liverpool exclusive from the Mirror would be reported by David Maddock, the paper’s Merseyside correspondent, who regularly attends press conferences and games and liaises with club figures.

Instead, this story comes from the hugely unreliable John Richardson, who often provides such ‘exclusives’ to Sunday papers. 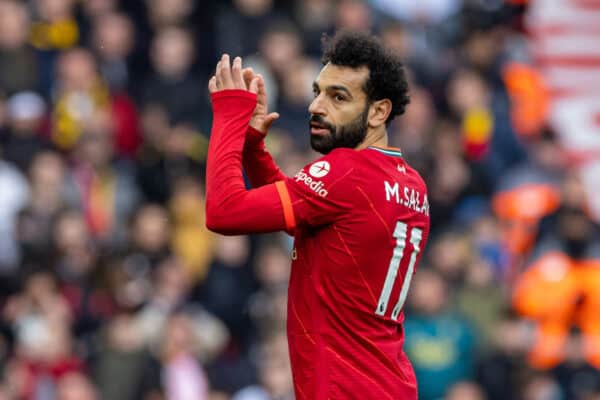 A distinction must be made between Sunday editions of newspapers and those from the rest of the week – particularly when it comes to transfer stories, which are rarely accurate on Sundays.

They are largely printed to sell hard copies on a day of heavy footfall at newsagents and supermarkets, or more often now, generate clicks when fans are catching up with news in bed or on the sofa.

Back in September, Richardson found himself in a similar situation as the only journalist to report the Egyptian’s supposed demands of £500,000 a week, while in 2020, his claim of interest in Jack Butland was quickly dismissed.

Sources on Merseyside have denied these latest claims, and though there is every chance Salah could still sign a new deal, it will not be for the salary sensationalised in the Sunday tabloids.