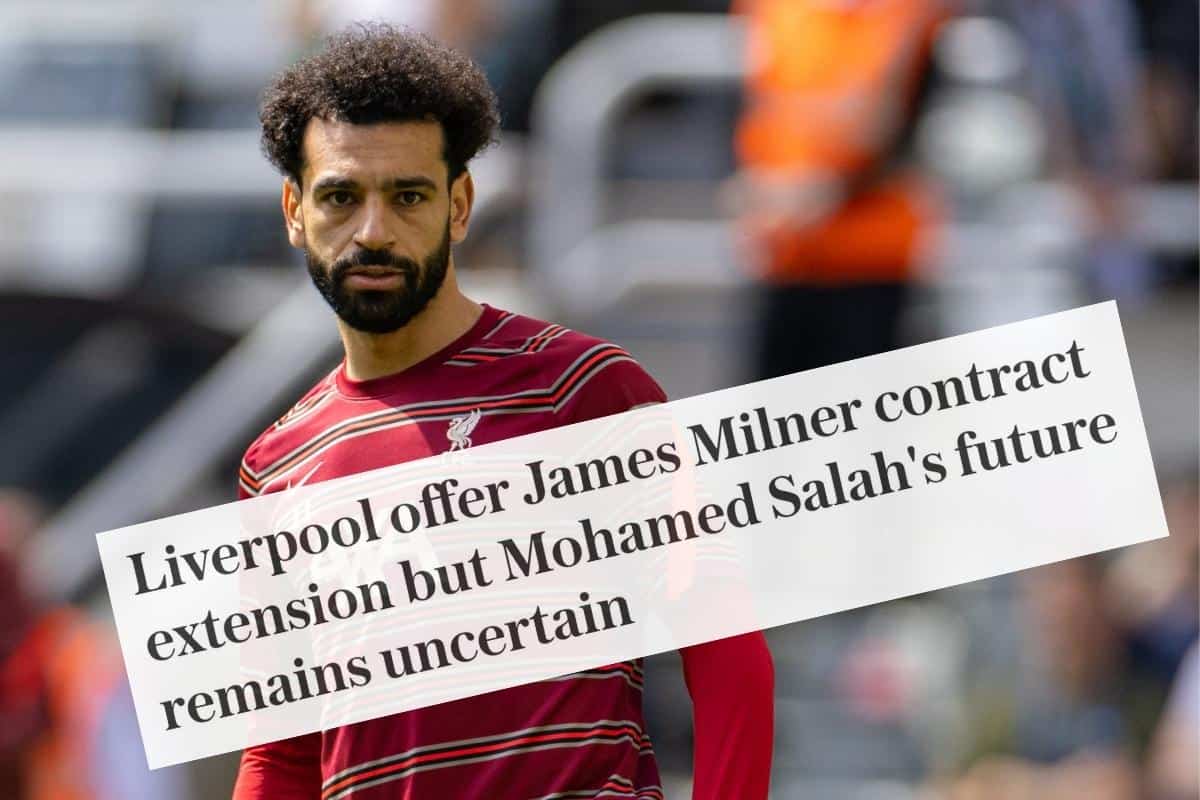 A new report in the Telegraph claims Mohamed Salah could be considering a move to either a club in Spain or Paris Saint-Germain, but this should not be believed.

Salah’s future is one of the main points of contention as Liverpool head towards the summer transfer window, with the Egyptian entering the final year of his contract.

It had been reported that talks with his agent came to a halt in December, though more recent suggestions from journalists on Merseyside are that negotiations have since been revived.

The player himself has urged a focus on Liverpool’s run-in, rather than his own future, though his comments on a “sensitive situation” have only increased the scrutiny further.

Nevertheless, there is calm among all parties at this stage, with the expectation being that a compromise could be reached with regards Salah’s wage demands and the length of any extension to his deal.

That has not stopped Telegraph journalist Luke Edwards – who predominantly reports on Newcastle – from writing that Salah “appears to at least be tempted to move on for a new challenge.”

Edwards adds that this could come “possibly in Spain, maybe in Paris.” 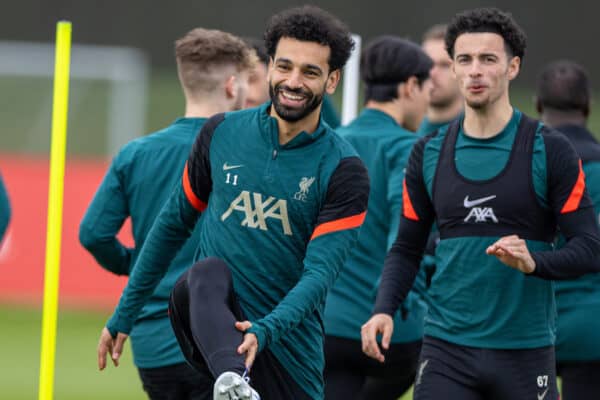 This has, unsurprisingly, promoted concern among Liverpool supporters, with Salah’s contract situation a delicate subject for fans eager to see the No. 11 agree new terms.

But this supposed update should not be a major worry, particularly as it resembles more of an off-hand opinion rather than any concrete information.

It could even be seen as ill-informed on Edwards’ part, given he adds that Salah “has not given any indication yet that he wants to extend his contract.”

This is despite Salah stressing on a number of occasions that he wishes to stay at Liverpool beyond 2023, when his current deal expires, including in a recent interview with FourFourTwo.

“This club means a lot to me – I’ve enjoyed my football here more than anywhere,” the 29-year-old confirmed. 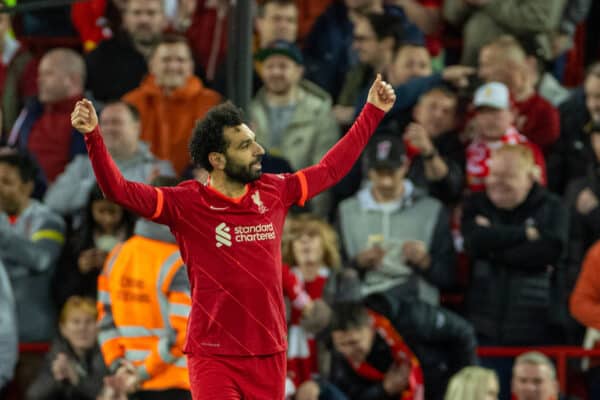 Furthermore, the fact talks have been ongoing between Liverpool and Salah’s representative is a very clear indication that the player is at least open to extending his contract at Anfield.

Edwards’ report, which would more accurately be described as a column, uses the Salah situation as a tool to compare that of James Milner‘s chances of renewing his stay with the Reds.

It should not be taken as an update on the future of Liverpool’s leading goalscorer – more so a means of painting Milner as a “manager in waiting” who could perhaps even “persuade him to stay.”