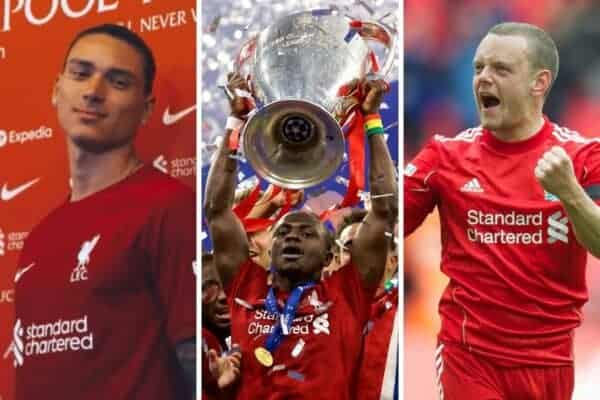 Liverpool have agreed to a fee which will see Sadio Mane join Bayern Munich this summer, while a midfielder has been signed by the club…just not in the way you may be thinking.

It’s the end of an era. After six years at Liverpool, Sadio Mane is to move on to pastures new as Liverpool agreed to a deal worth up to £35.5 million with Bayern Munich.

It’s a figure that is below the documented valuation from the club of £42.5 million, yet more than what Liverpool paid out for the winger in 2016.

The Reds are guaranteed £27.5 million, with add-ons taking the total package to £35.5 million.

The bonuses include £5m based on appearances and £2.6m on individual and team achievements, and you can be sure that does not include three successive Ballon d’Or awards or Champions League titles…

Still hard to believe they previously came to the table with such an offer!

But with the two clubs reaching an agreement, it is now about the formalities for the 30-year-old to seal his move after 269 appearances for Jurgen Klopp‘s side, with 120 goals and six trophies.

It left fans reflecting on his incredible journey and all he has given to the club, seeing him leave as a certifiable legend.

Who is cutting the onions?!

He helped Liverpool back into and establish themselves in the CL then win it & the PL .

The on field catalyst for this success who always gave 150%.

If it is warm where you are, the simple advice is to do all you need to to get through it – it may be a long night.

And this writer has the perfect way to stay cool and be entertained, if you’ve not seen the new Top Gun make it your priority – and if you have seen it, it’s worth another watch!