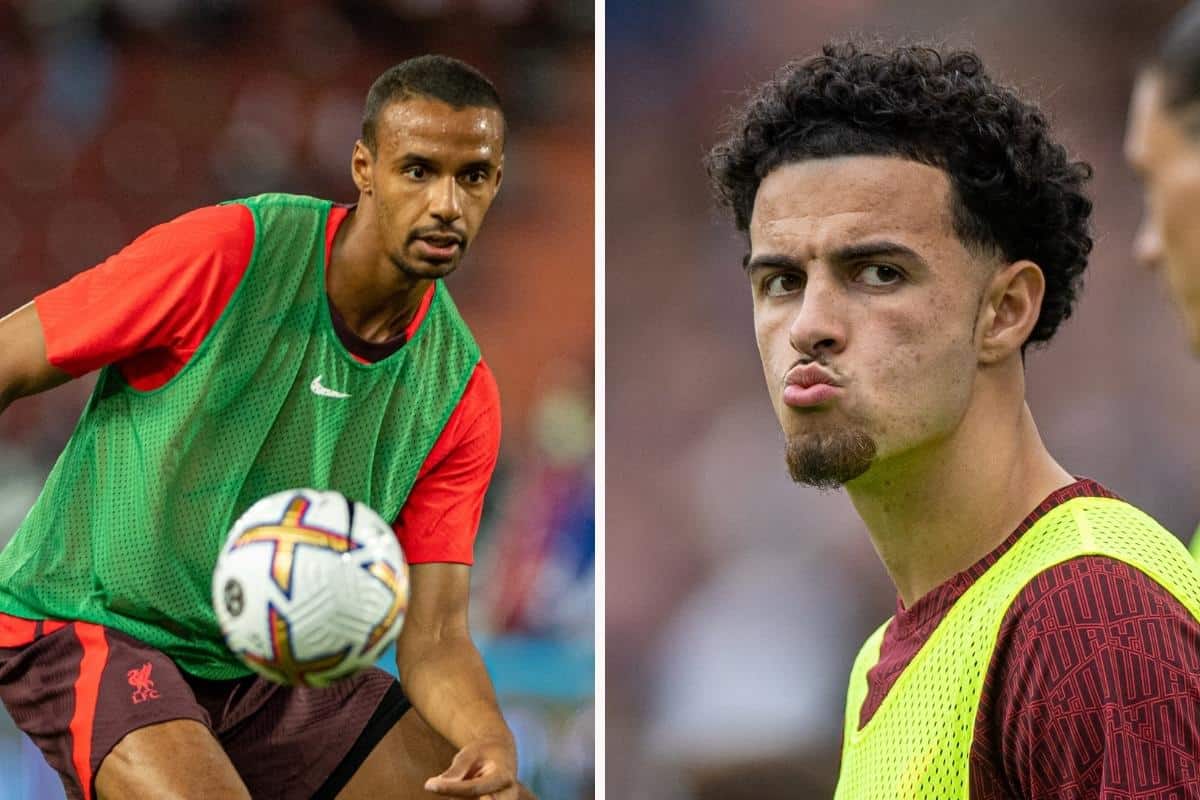 Joel Matip and Curtis Jones were both pictured in training on Monday after missing the last three and four games respectively, in what is a huge injury boost for Liverpool.

Jurgen Klopp surmised Liverpool’s injury woes a couple of weeks back as though “we had a witch in the building,” one that has not been quick to leave the premises.

But after the feel-good 9-0 win over Bournemouth, the new week got off to a good start with training images showing both Matip and Jones working outside, with Calvin Ramsay also present.

Before the weekend’s match, Klopp revealed that Matip and Jones were the next in line to return, with Thiago “not too far away” either.

While the Spaniard’s rehabilitation continues away from the full group, having two senior figures injected back into the team is exactly what the Reds need ahead of a 19-game run in just 73 days.

Ramsay’s case is to be a little different to the duo having not taken part in pre-season due to a “little injury” that young players have “when they grow.”

Nevertheless, he looks to be making positive steps toward finally being integrated into Klopp’s side following his summer transfer.

Harvey Elliott undertook an individual session after a minor complaint saw him withdrawn at halftime on Saturday, and the manager was quick to say at the time that he “should be completely fine.”

Sepp van den Berg was not pictured, which could be due to his expected loan move to Schalke after Blackburn “pulled the plug” on a deal as the defender showed interest in a switch to Germany.

There were no further notable absentees, but there were places for youngsters Luke Chambers, Isaac Mabaya, Stefan Bajcetic, Dominic Corness, Bobby Clark and Max Woltman.

Klopp will provide a more in-depth update on the injury status of his squad in Tuesday’s pre-Newcastle press conference. 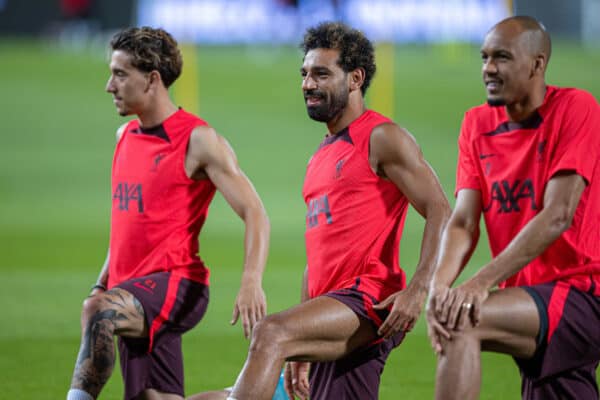