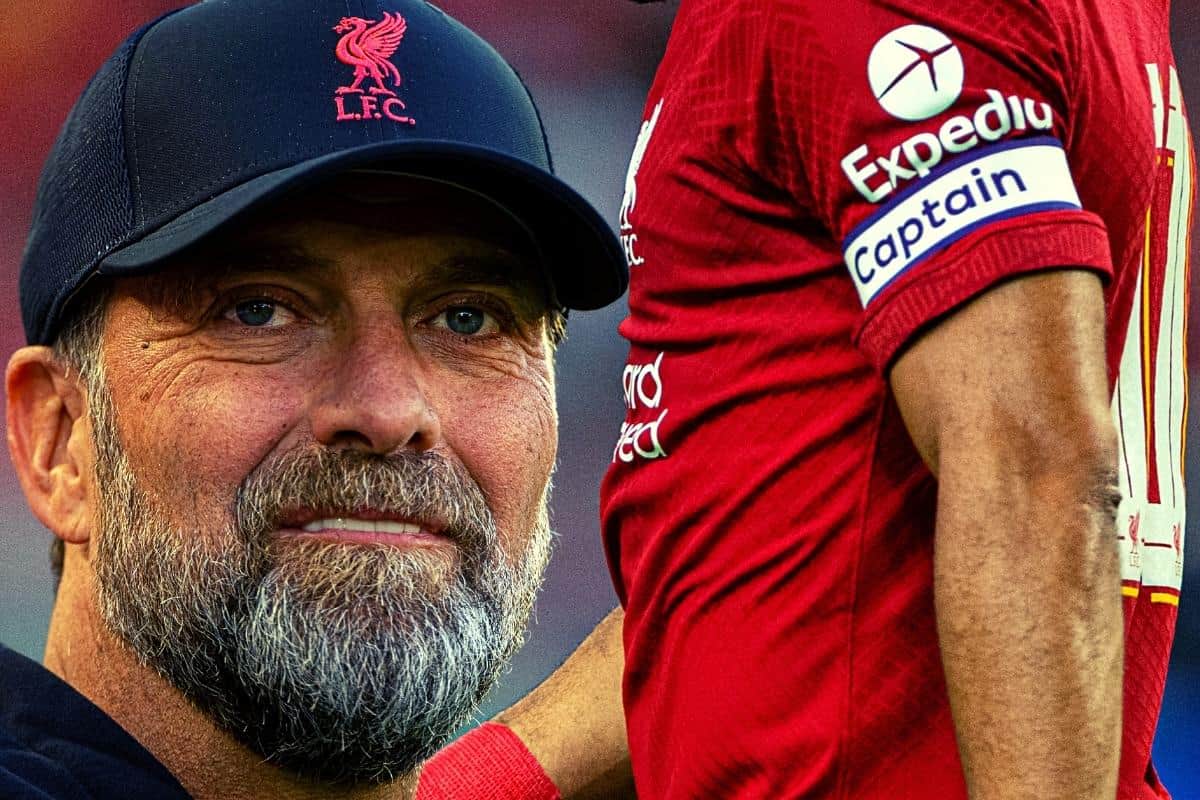 During Jurgen Klopp‘s seven seasons with Liverpool so far, eight players have started a game as captain on only one occasion. So can you name all of them?

This campaign will almost certainly see Jordan Henderson break into the club’s all-time top five for most games as captain of Liverpool.

Only Steven Gerrard, Ron Yeats, Emlyn Hughes, Donald McKinlay and Alex Raisbeck have started more times with the armband than the current captain, and 28 more outings will see him leapfrog the latter.

But while Henderson and vice-captain James Milner have been a constant throughout Klopp’s time at Anfield, there have been occasions when neither has been available.

Virgil van Dijk is the current next in line, while the likes of Lucas Leiva and Gini Wijnaldum have been dependable stand-ins in the past.

And there are times when Klopp has been required to turn to a new face as captain, with eight players making one official appearance with the armband during his tenure so far.

To qualify for this list, the player must have started a game as captain – for reference, this includes two who wore the armband when Neil Critchley was filling in in the dugout.