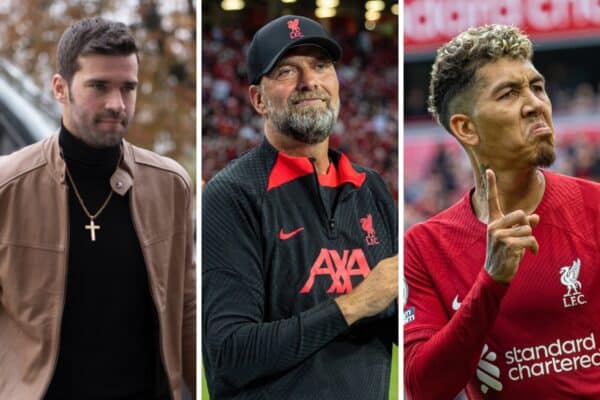 Jurgen Klopp‘s plans for his squad in the upcoming break have been confirmed and there’s positive Roberto Firmino contract talks, but what has Fabio Carvalho told Portugal’s Football Federation?

The World Cup break may have only started two days ago for Liverpool, but we are all already thinking about when we can see Klopp and his team again, aren’t we?

Well, do we have news for you.

It has now been officially confirmed that the Reds will take part in the Dubai Super Cup in December, with Lyon and AC Milan the opposition at the 15,000-capacity Al-Maktoum Stadium.

The Dubai Super Cup points-scoring format is a unique one, to say the least.

Each of the four teams (which also includes Arsenal) will play twice. Teams are awarded three points for a win and two for a draw, and get this, irrespective of the scoreline a penalty shootout will take place and a bonus point awarded to the winner – good practice, I suppose!

With only seven representatives at the World Cup, Klopp will have a strong squad at his disposal as he looks to make the most of a rare, uninterrupted training block.

The Reds will fly out to Dubai on December 3/4 before returning on December 17/18, days before the trip to Man City for the fourth round Carabao Cup clash.

So, get those dates in the diary!

Look at how the new Anfield Road End is quickly developing! What a sight.

Liverpool may have bid farewell for the time being but, you can catch FA Cup action tonight when Derby host Torquay in a first-round replay at 7.45pm (UK) – it’s live on the BBC.