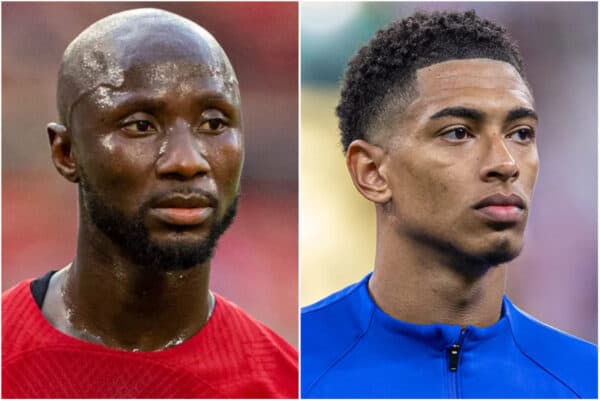 Seventeen days in a row of non-stop World Cup action! It has been a very up and down tournament in many regards, but it’s all getting tense and exciting now in a sporting sense.

Yesterday, meet today. The early game went to extra time and penalties; the later game was effectively done by half-time.

Spain can have all the possession they want against a lot of sides, but that doesn’t let them taste victory when it matters most.

Morocco frustrated them, threatened them and took them to penalties – just about, after a late shot off the post – and the Atlas Lions continued making their own history by seeing goalkeeper Bounou save three. Into the last eight they go.

Later, it was Portugal who took the game to Switzerland and absolutely wiped the floor with them – after Fernando Santos finally made the big calls to take his captain and striker Cristiano out of the team.

Without his inability to run the channels, relentlessly sprint behind defences and play very quick return passes, Portugal were utterly liberated.

Ramos scored twice, wing-back Raphael Guerreiro scored one of the best team goals of the tournament and even veteran centre-back Pepe got in on the act.

The Reds have been widely linked with two central midfielders over the past two weeks, both of very different types and traits.

Up first is the one which is typically exciting all supporters – the non-stop machine which is Jude Bellingham.

Borussia Dortmund won’t want to let him go cheaply, as you’d expect, but the England man will be allowed to leave in the summer – for up to £150m. Real Madrid are concerned they can’t pay it, but Liverpool (apparently) might do.

The second midfielder is Sofyan Amrabat, the Morocco ball-winner who has been integral to their run to the World Cup quarter-finals.

There are two reports out of Italy which say the Reds will “evaluate” a move for him in January and that we have in fact already been in touch with his advisors to make a move.

We could do something negative. We could, for example, put Spain’s missed and utterly horrendous penalties here.

But instead, let’s applaud the ice-cool Achraf Hakimi and his Panenka penalty to make history for his nation.

Achraf Hakimi wins the penalty shoot-out with a panenka to see Spain out of the competition! ?#ITVFootball | #FIFAWorldCup pic.twitter.com/QWWynN6821

None! We’ve reached the end of a 17-day run and for 48 hours you can all use your TVs for something else entirely.

From an LFC perspective, that day is all about how far Dutch skipper big Virg can go in the tournament.

He’ll be primarily tasked with stopping the world’s greatest No10, Lionel Messi, and a semi-final berth is at stake.

Ex-Red Dejan Lovren is also set to be in action – and he’ll face our No1 stopper Alisson. Fabinho will once more be on the bench.