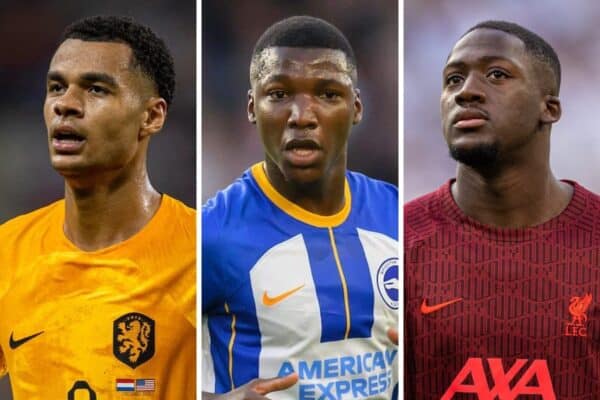 On the eve of Liverpool vs. Leicester in the Premier League, Thursday was dominated by the focus on Cody Gakpo and expectations of his debut.

Unsurprisingly, in the wake of his £37 million move to Liverpool being confirmed on Wednesday night, much of Thursday has been dominated by Gakpo talk.

That has included Jurgen Klopp casting doubt over a debut against Brentford on January 2, with a more likely first outing at home to Wolves in the FA Cup five days later.

The manager also moved to rule out any impact on Roberto Firmino‘s future despite the No. 18 arriving on Merseyside, confirming that he “definitely” wants a new deal for his long-serving striker.

And welcoming Gakpo to Liverpool, Klopp enthused that “there is a lot to like about Cody.”

Well, Ecuadorian outlet Tera Deportes claim that Liverpool have made the “most formal offer” for Brighton midfielder Moises Caicedo, but are unwilling to meet a €70 million price tag.

“Brighton like [the offer],” the update explains, “but they want more money, less [add-ons].”

Cody Gakpo, welcome to @LFC. This number has brought me lots of magic, and I hope it will bring you the same kinda magic too. Congratulations and good luck. #LFC #LiverpoolFC pic.twitter.com/GwzF42Izbm

There’s no Premier League football on tonight, but there will be a lot of familiar faces on show as OGC Nice host Lens on BT Sport 4.

Expect Kasper Schmeichel in goal and both Ross Barkley and Nicolas Pepe in attack for Nice. Weird. Kickoff at 8pm.