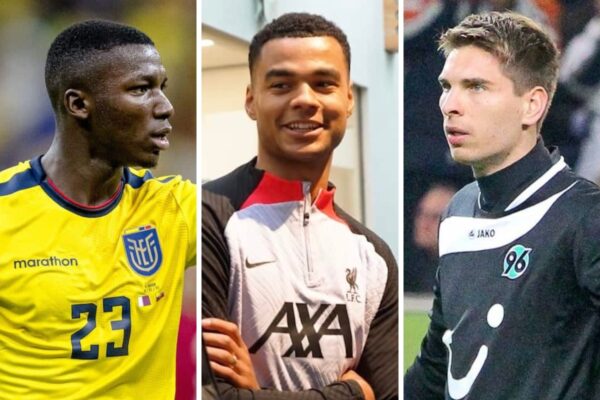 Friday brought all the buildup to Liverpool’s FA Cup third-round opener against Wolves, along with a new development on Moises Caicedo’s future.

Journalist doubles down on interest in Caicedo

Every day the story seems to change, and though it is still maintained that Liverpool do not expect to bring in a new midfielder this month, the links won’t go away.

If one thing is certain, though, it is that Brighton standout Caicedo appears to be positioning himself for a move away from the AMEX, either in January or the summer.

As detailed by Sky Sports reporter Dharmesh Sheth, Liverpool “remain interested” in the 21-year-old along with Chelsea, with the two clubs also linked with both Jude Bellingham and Enzo Fernandez.

Interestingly, Sheth notes that Caicedo is poised to change agencies this month, joining Futbol Division, whose only other high-profile client is Ecuador team-mate Piero Hincapie.

Typically a player will switch representation if they are looking to strengthen their hand either in negotiations for a new contract or in talks over a move elsewhere.

Whether that results in a deal with Liverpool remains to be seen, but the odds may have just increased.

Gakpo to debut but “big blow” for Van Dijk

Around the Premier League and beyond

Klopp’s words on the late, great Vialli, who “will be remembered in the best possible way.”

Tonight brings the start of the FA Cup third-round weekend, with Man United vs. Everton the pick of the games for TV, kicking off on ITV1 at 8pm.