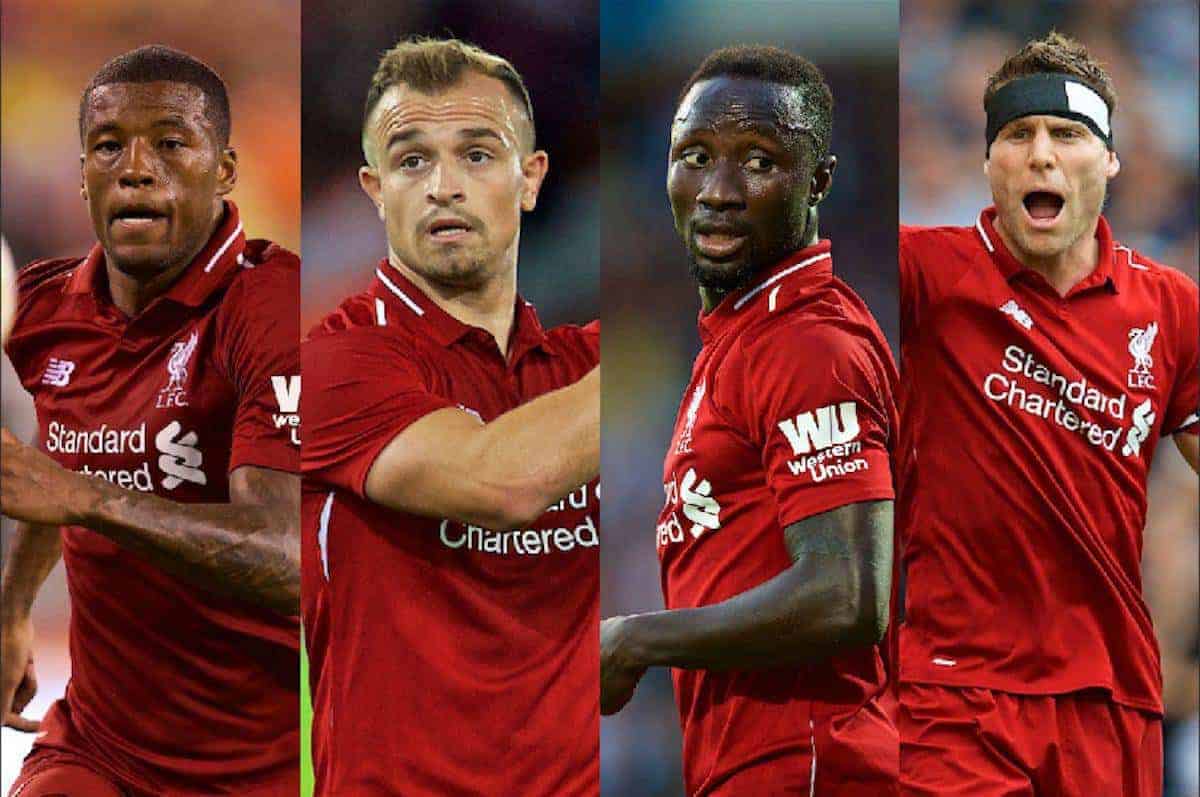 We take a look at the latest Liverpool news and transfer rumours on Tuesday, with various rumours continuing to do the rounds. 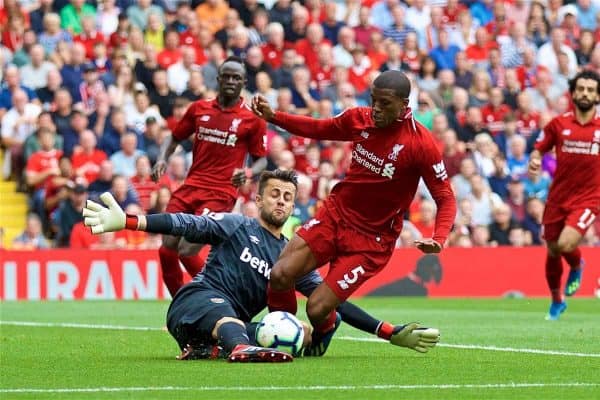 Gini Wijnaldum was superb in Liverpool’s 4-0 win over West Ham on Sunday, shining as a No. 6 in the absence of Fabinho and Jordan Henderson.

The Dutchman was surprisingly linked with a move away from Anfield this summer, with Fenerbahce rumoured to be interested.

Wijnaldum has rubbished these rumours, saying the signing of new players shouldn’t immediately mean a current squad member’s place is in jeopardy:

“I don’t know who put it in the media but it wasn’t me.

“I laugh about it. I also read that I asked the club if I could leave. I never had a conversation with the club.

“People from the outside just see Liverpool is buying players, so players who are already here are going to leave. Liverpool will always buy good players, even if they already have good players. That’s normal.

“I think it has to be normal for a club like Liverpool because that means you’re a big club.”

Wijnaldum may not be a key man this season but his importance as a squad player is there for all to see. 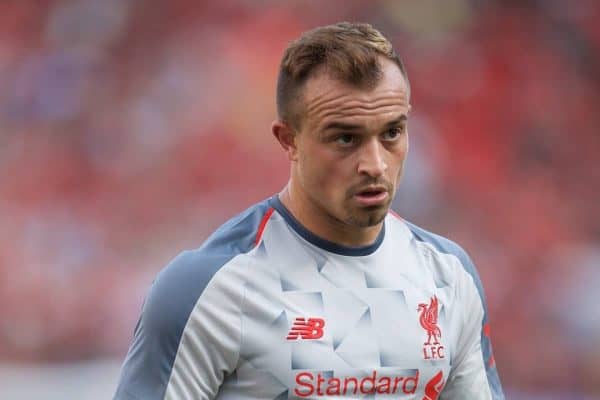 Xherdan Shaqiri immediately endeared himself to Liverpool supporters when he scored an outrageous overhead kick on his unofficial debut against Man United in pre-season.

Now Reds fans are going to love even him even more, if reports in Shaqiri’s homeland Switzerland are to be believed.

According to Swiss newspaper Blick, the 26-year-old turned down a summer move to United, with Liverpool the only club he wanted to join.

It is very much a sign of the times, with the thought of a player opting for the Reds over United a decade ago something that felt unlikely.

Liverpool have so much more appeal these days, though, not least the lure of working with Jurgen Klopp—something that swayed Shaqiri’s thinking, rather than linking up with Jose Mourinho.

With the news that Ragnar Klavan may be sold before the August 31 deadline, the Reds could be at risk of looking light at centre-back this season.

According to France Football the club “failed in their efforts to sign 19-year-old Ligue 2 central defender Modibo Sagnan,” suggesting Klopp is still on the lookout for another defender.

The Lens youngster was believed to be a target back in January, but Liverpool saw a bid rejected.

As mentioned, Wijnaldum impressed against West Ham, but debutant Naby Keita and the evergreen James Milner were also excellent on the day.

Their influence hasn’t gone unnoticed by Klopp, who spoke glowingly to LiverpoolFC.com about the in-form trio:

“Naby had six weeks’ pre-season with us. Together with Milly and Gini, they had all of the pre-season. That’s really good.

“You saw that helped a lot and helped him; organisation always helps. And in the moments when he gets the ball, you can see he is quite a nice footballer.

“What Gini and Milly did was quite impressive, I have to say. That’s good, we need that.”

It remains to be seen whether Klopp makes any changes to Monday’s trip to Crystal Palace, with Fabinho, Henderson, Shaqiri and Adam Lallana all options.