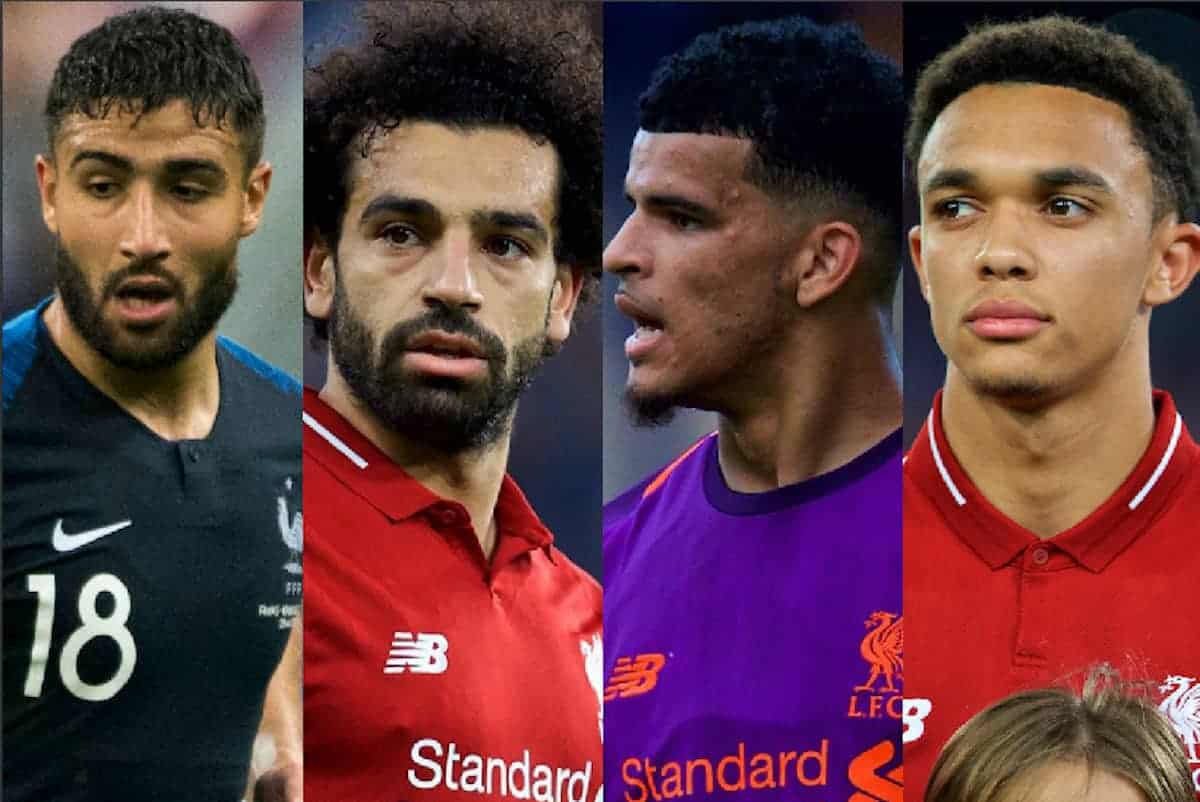 We round up the latest Liverpool news and transfer rumours on Friday, on the eve of the Reds’ Premier League trip to Watford.

It’s been a while since Nabil Fekir was in the Liverpool headlines, but it is claimed that the Reds have not given up on signing him just yet.

The Frenchman was agonisingly close to moving to Anfield in the summer, only for a knee problem to be detected and the transfer to fall through at the last stage.

Jurgen Klopp was clearly desperate to sign Fekir, and given his preference for putting all of his energy on first-choice targets, could the saga have another twist?

Mohamed Salah has become one of world football’s biggest names in the last 12 months following an unforgettable start to life at Liverpool.

Former Arsenal forward Gervinho has heaped praise on the Egyptian, saying he recognised his talents during their time together at Roma.

“Salah is a tough guy. Always calm and strong, with the mentality of a hard worker,” Gervinho told the Guardian.

“I’ll never forget his training sessions: very high rhythm, pushed like a madman, you watched him in amazement.

“He had a sort of positive effect – you saw Salah and wanted to work harder. Talent and sacrifice.”

Fotospor claim Liverpool are willing to let Dominic Solanke join Galatasaray on loan in January, rather than Divock Origi.

Origi has been the player often linked with a move to Turkey, but it appears as though the Reds may be more keen to keep hold of the Belgian until the end of the season.

Solanke has found a rich vein of form for England’s U21s in the last week, scoring four goals in two appearances, including an audacious back-heel against Denmark U21s.

He is still waiting for his first minutes in Liverpool’s first team this season, however, and Klopp hinted in his pre-Watford press conference that a January transfer could be on the cards.

Trent Wants To Be A One-Club Man

In an interview with Sky Sports, Trent Alexander-Arnold says he plans on playing for Liverpool for his entire career:

“To play for Liverpool is the dream, the aim, and I can’t see it changing, to be fair.

“As long as possible I want to have that relationship with Liverpool, to be a Liverpool player. To say I have done that for the whole of my career is something I have dreamed of being able to say.”

Being a one-club man is increasingly becoming a rarity in the modern game, but you could easily see that being the case with Alexander-Arnold.

He is thriving at his boyhood club and it would take a lot for him to ever want to move elsewhere.

Liverpool face a huge task next Wednesday when they head to PSG for a crucial Champions League clash.

The Ligue 1 champions have injury doubts over key pair Neymar and Kylian Mbappe, however, with manager Thomas Tuchel telling reporters on Friday:

“We will not take risks with Neymar and Kylian Mbappe, tomorrow they won’t be available (against Toulouse).

Someone who will be starting is Gianluigi Buffon, with the legendary goalkeeper replacing Alphonse Areola between the sticks at Parc des Princes, according to reports in L’Equipe.

The Reds know that victory in Paris will take them into the knockout stages, with any other result setting up a tense meeting at home to Napoli on Matchday 6.