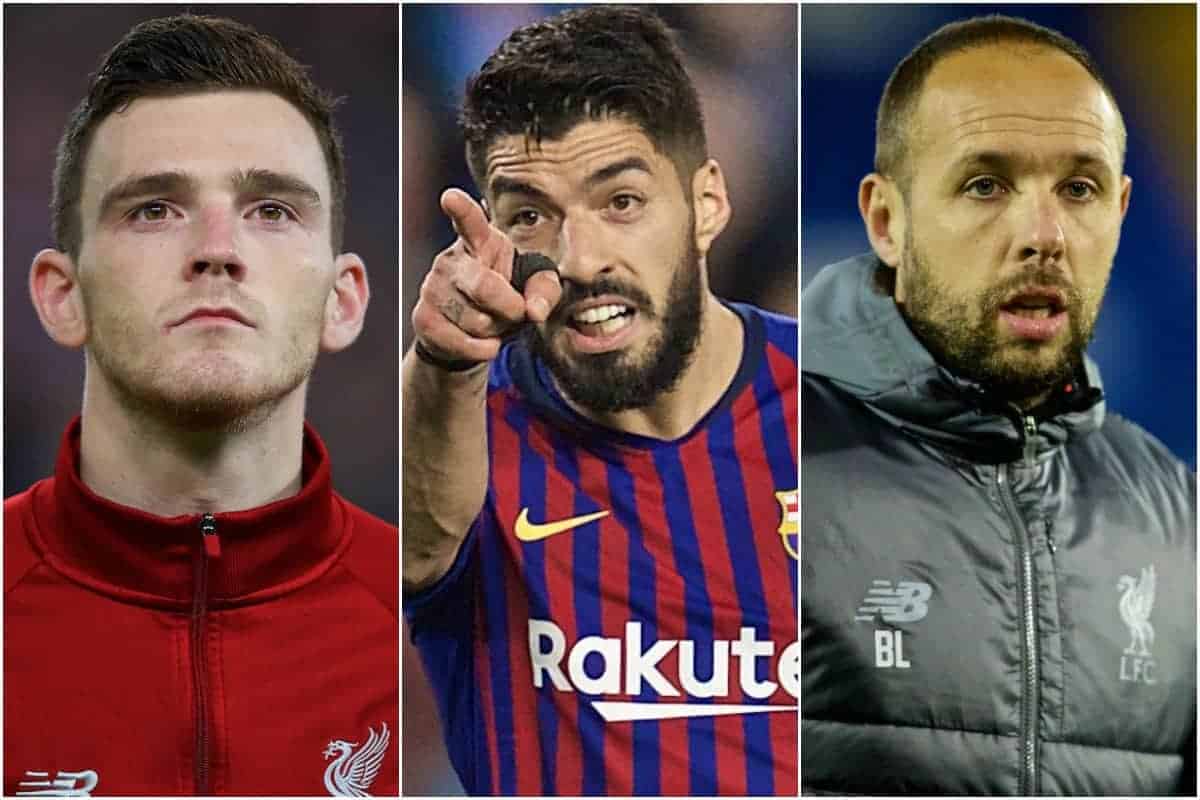 We round up the latest Liverpool news and transfer rumours on Wednesday, as international week begins in earnest.

Adrian may only recently have been drafted in to fill an Alisson-shaped void, but Liverpool are already looking at new goalkeeping options.

That’s according to Turkish outlet Star, who claim the Reds are closely monitoring the progress of Trabzonspor stopper Ugurcan Cakir.

The 23-year-old was linked with a move to Anfield earlier in the summer and they will scout him in the coming months, weighing up whether or not to make a £14 million bid for him.

The 25-year-old is not satisfied with standing still, however, telling the Scottish FA about breaking into the Reds team and always looking to improve:

“A lot more people are probably talking about me now than they were back then, but even then I was taking it all in and learning.

“I knew when I got my chance, I was in the best possible shape to take it because I looked after myself and made sure I was fit enough for it.

“When I did get my chance maybe it took me one or two games to get rid of rustiness and get my confidence up a bit. I don’t think I’ve looked back since.

“That’s what I’m pleased about – but everyone knows me long enough [to know] it’s not enough, I want to get more and I want to improve as a player, which will obviously help my team and the country.”

The thought of Robertson getting even better is a frightening prospect – he is surely Liverpool’s best left-back since the glory days of the 1970s and 1980s.

How Suarez “Suffered” After Reds Defeat 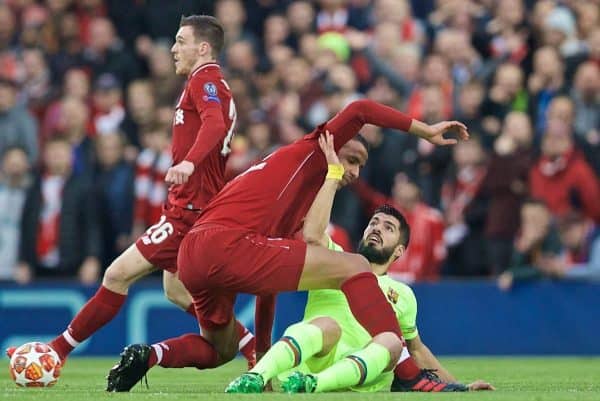 Liverpool’s 4-0 win over Barcelona last season wasn’t only one of the best results in the Reds’ history, but also an all-time great Champions League night.

Klopp’s side overcame a 3-0 deficit to make it into the final against Tottenham, with the likes of Lionel Messi and Luis Suarez powerless to do anything about it.

In an interview with Fox Sports Radio in Argentina, with quotes provided by the Mirror, Suarez admits the days and weeks that followed were bleak for the Barcelona players:

“It was days, weeks, that we who loved to take the kids to school, football, activities, we suffered. I did not want to leave from home after losing.

“It was very complicated. I really had a bad time, like most of my team-mates.”

It’s fair to say Barca were completely overawed by one of the great Anfield atmospheres, on a night that will never be forgotten.

Liverpool’s senior team may not be in action until September 14, but elsewhere games are ongoing.

Barry Lewtas’ under-18s drew 1-1 in a friendly with Wrexham on Wednesday, with summer signing Conor Bradley making his debut.

Fidel O’Rourke put Liverpool ahead at the academy in Kirkby, but Jake Bickerstaff was on hand to equalise for the visitors in the 80th minute.

The U18s’ next competitive game is away to Man City on September 14 (11am BST), just 90 minutes before Klopp’s Reds host Newcastle at Anfield.

A Bill Shankly memorial was renewed earlier this week, LiverpoolFC.com have confirmed.

This came at the official opening of the Glenbuck Heritage Village on Monday, in the legendary former Liverpool manager’s hometown of Glenbuck in East Ayrshire.

The report states that “landmarks, such as the footprint of Shankly’s childhood home and the football pitch the Glenbuck Cherrypickers once played on, have now been marked out to guide visitors around the former village.”

The opening took place on what would have been Shankly’s 106th birthday, with the Scot passing away in 1981 at the age of 68.