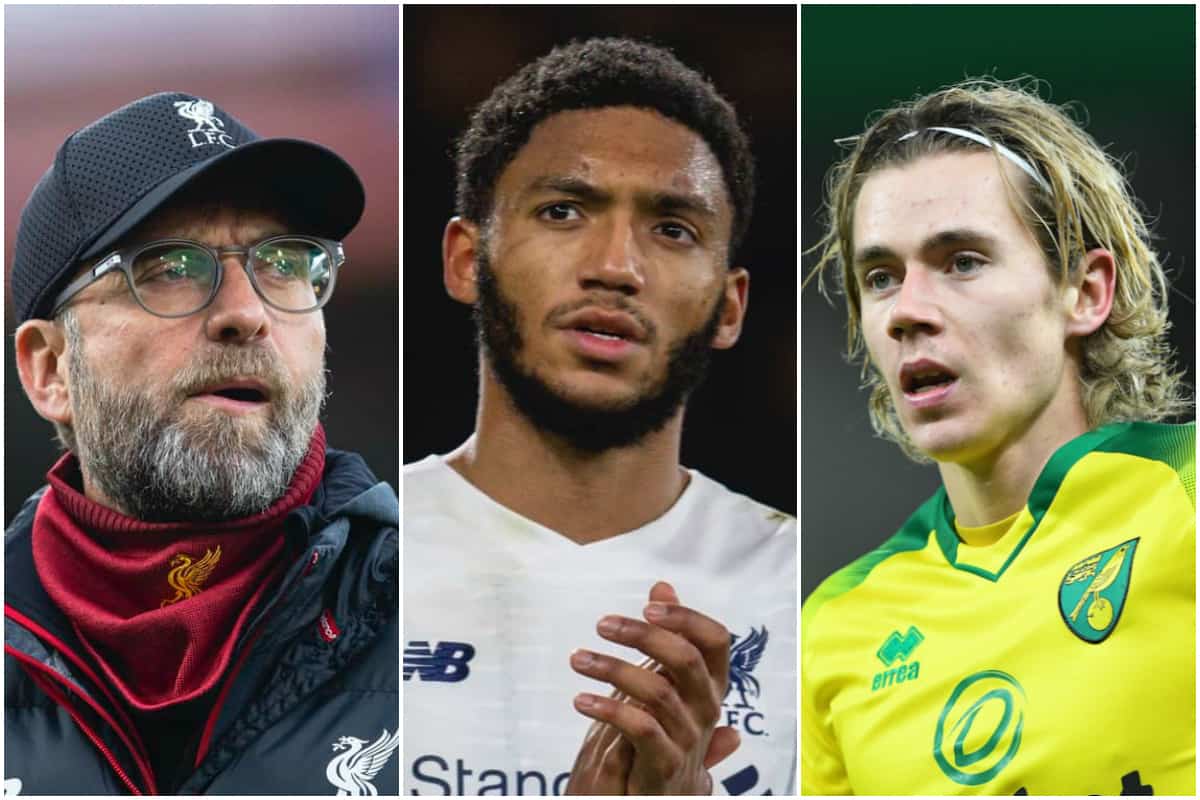 Liverpool face Atletico Madrid on Tuesday night and in the build-up to the game we’ve got fitness news, transfer rumours and more.

Liverpool have a largely clean bill of health ahead of a return to Champions League action, but the same can’t be said for Atletico Madrid.

The Spanish side have been trying to get players back in time for the last 16 first leg, but Kieran Trippier is expected to miss the game at right-back.

Up front, there is mixed news for Diego Simeone: Alvaro Morata made his return at the weekend and should be fit to start, and Diego Costa trained on Monday for the first time since November.

While the ex-Chelsea man won’t be fully fit, he might at least make the matchday squad, giving Atleti an option off the bench.

However, big-money summer signing Joao Felix looks set to miss out. He has also been injured and was on the road to recovery, but has now been struck down by illness and is unlikely to feature.

Angel Correa and Morata are the most likely pairing to start, though winger Vitolo did start up front at the weekend to give Atletico an extra physical body to aim for in attack.

Liverpool are expected to make a big-money signing this summer…or maybe it’s just the media want them to, after being extremely quiet over the last few windows.

Two players the Reds are being constantly linked to at the moment are Timo Werner and Todd Cantwell, with both filling the column inches again on Monday.

RB Leipzig forward Werner is known to have a release clause for this season, though reports have been conflicting over when and for how much it becomes active.

Melissa Reddy reports for the Independent that Liverpool will only make a move for Werner if he accepts that he’ll play a peripheral role at first, similar to that of Fabinho or Andy Robertson when they first joined. Anyone expecting to be an automatic starter will not be signed for big money.

Meanwhile, the Athletic’s David Ornstein says the Reds are now the front-runners to sign Norwich attacking midfielder Cantwell, having “intensified their interest” in the £30m-rated man.

By contrast, the Reddy article noted above says Cantwell is not a firm target at this point, so that’s nice and clear…

Back to defending our crown

We are the champions, champions of Europe. And we want to keep it that way.

Stupid dive of the day

You have to see it to believe it, but this might be the worst attempted dive of the season. And then obviously he protested against the yellow card.

Reading, and applauding, Moussa Marega’s response to those in the crowd who racially abused him over the weekend.

Got to be Chelsea against United, hasn’t it? 8pm kick-off!