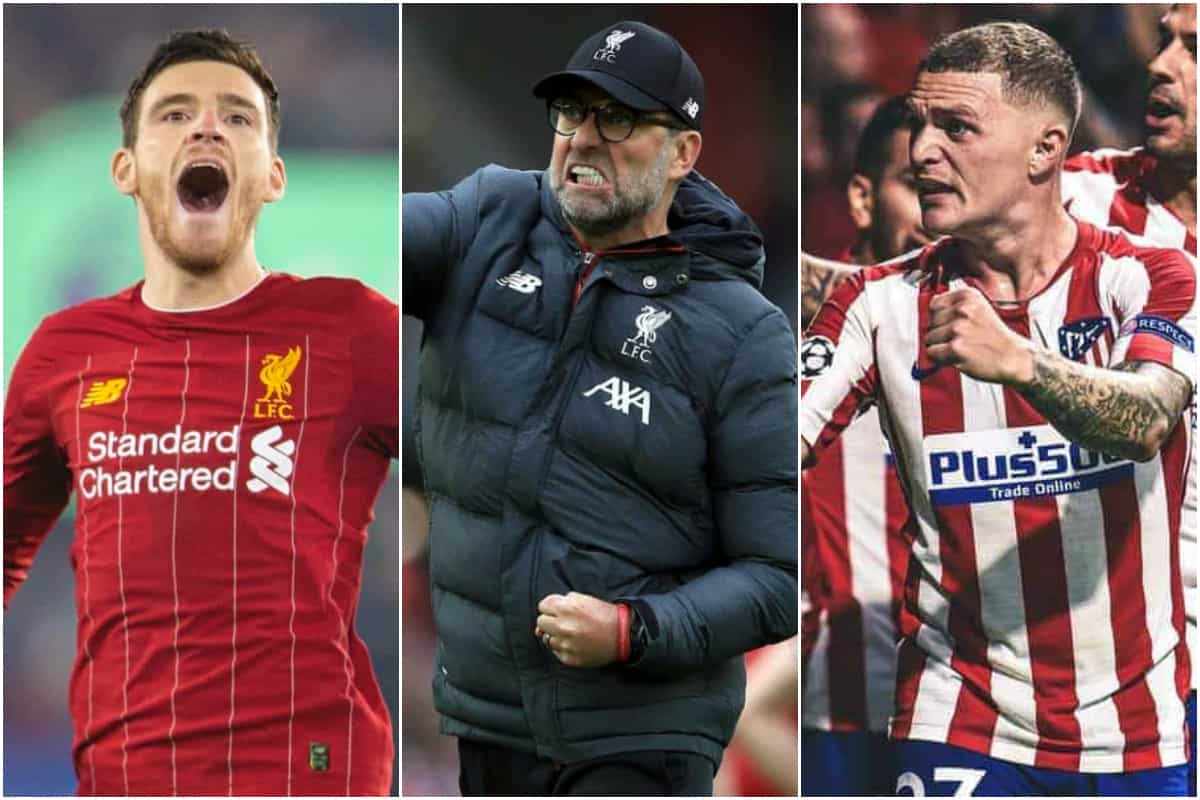 Liverpool face Atletico Madrid tomorrow; today’s news has all the buildup plus the latest transfer links regarding the Reds.

Kieran Trippier wants a win at Anfield to give him a small measure of revenge – after the Reds beat his former side Tottenham, at Atletico’s stadium, in the Champions League final in June.

That was the right-back’s last involvement for Spurs as he left for Spain in the summer, and he’s clearly not yet over the occasion.

Trippier isn’t going mad with the revenge mission though, and says Anfield is one of the best places to play and that the fans can be “amazing”.

Let’s hope he’s right for Wednesday and he’s left cursing us once more.

Meanwhile, Atletico have Diego Costa, Thomas Lemar and Trippier himself back after injury, as well as Renan Lodi, while Thomas Partey is available after domestic suspension.

Belgian media say several Premier League and Bundesliga sides want to sign the 17-year-old, who had a visit to Liverpool last year.

Jurgen Klopp hailed the young attacker as Sadio Mane‘s natural successor at the time, but he opted to remain with Anderlecht.

The move may not be a quick one, though, with his contract running until 2022 and the Reds potentially looking at a deal next summer.

Elsewhere, Timo Werner has again been discussing his summer options and it might just be the start of a long and arduous summer saga for Liverpool fans, with the club having been strongly linked with the German forward over the past year or so.

All ready for Atleti

Reds ready for the all-or-nothing clash 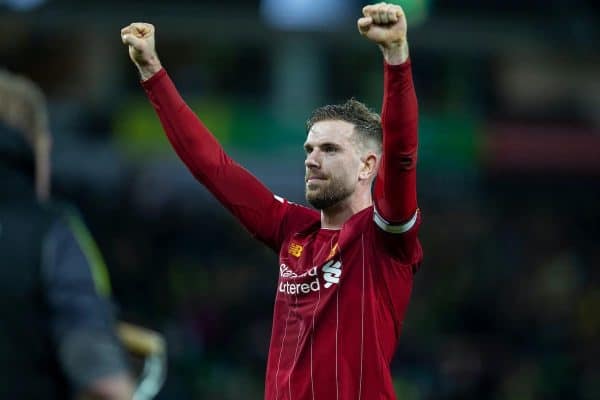 Fitness ups and downs for Liverpool, ahead of the second leg.

Alisson won’t be back and he’s a doubt for Everton next Monday, too, but captain Jordan Henderson is back in training and available for selection – though Klopp is keeping his eventual choice close to his chest.

Meanwhile, Andy Robertson wants a good tempo from the Reds right from the first whistle.

He knows that Anfield can play a part, but says the players can’t rely on the crowd to make the difference by themselves.

Here’s hoping everyone is sharp, on form and clinical when the chances come. 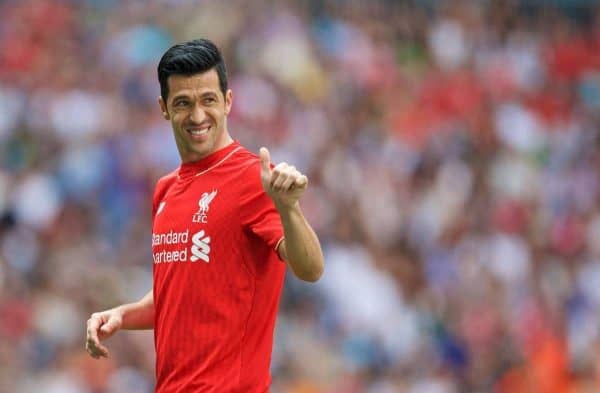 Stupid football club of the day

Charlton are a mess. A director has resigned, but says he’s still in charge, top figures are fighting with each other and the EFL say they haven’t provided requested documentation.

Another group of fans being completely screwed over while businessmen fight among themselves for scraps and power.

#OnThisDay in 2009, there was a very memorable European night at Anfield ?? pic.twitter.com/WBcnESoSB4

Why Atletico and Simeone are the last bastion of the old-world approach to defensive football, by the Independent‘s Miguel Delaney.

And, by the time you read this, there will be several outlets covering the possibility of Euro 2020 being postponed for a year. Pick your favourite one and go read up.