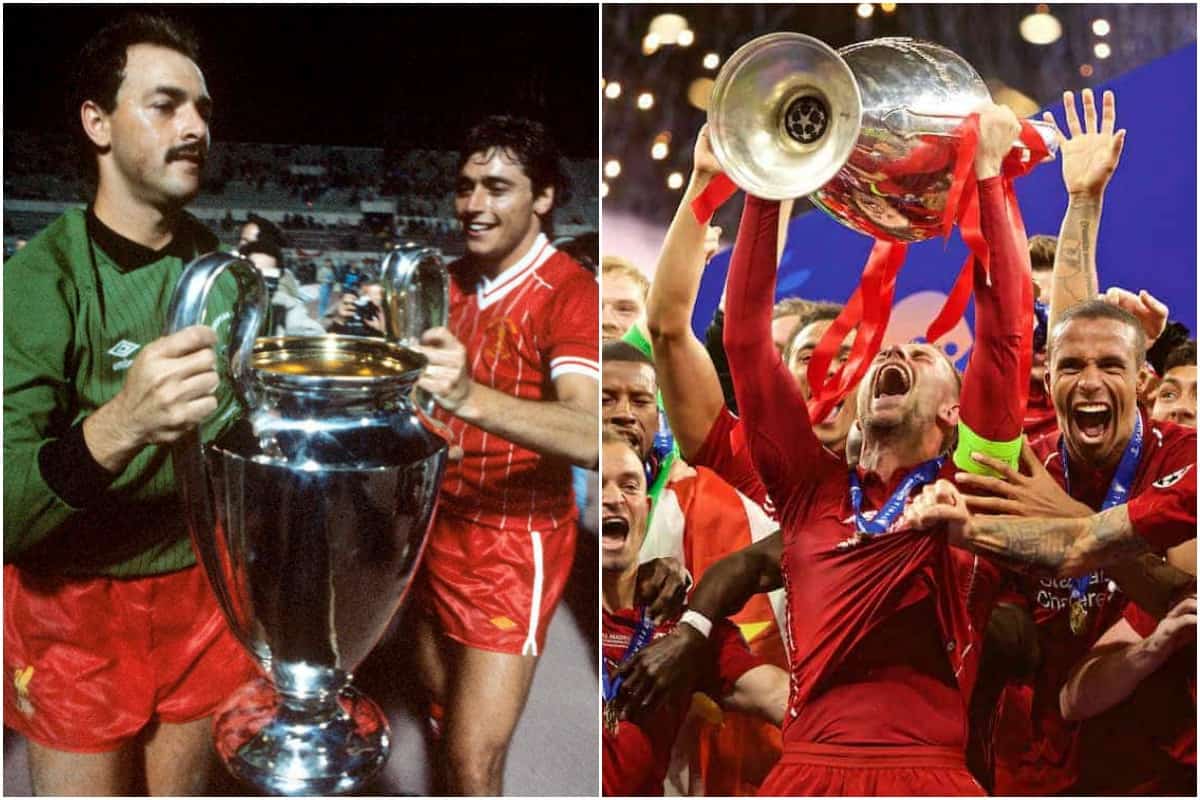 This is it, we are down to the final two starting XI’s and it is now your job to crown Liverpool’s best-ever XI of all-time.

This is the final in a series which will crown Liverpool’s best-ever XI in a knockout competition where you, the readers, determine the victors.

Over the last week, we have asked you to narrow down 16 starting lineups from across six different decades and we are now at the final stage: the top two.

In the semi-final, it was a head-to-head between four different European Cup-winning sides, from Jurgen Klopp’s Reds to Joe Fagan’s Rome conquerors and Bob Paisley’s back-to-back triumphant XI’s.

With talent across the board in a total of three different eras, it was no easy feat to bid farewell to two contenders, but you, the readers, have cast your vote.

Here are the final two vying for your vote to be crowned Liverpool’s best-ever starting XI.

A total of 1,679 votes were submitted, with two clear winners identified. And it signals the end of the road for the club’s first two European Cup-winning sides.

The 1977 side who triumphed over Borussia Monchengladbach (9.1 percent) and the 1978 side who toppled Club Brugge at Wembley (16.9 percent) both failed to acquire enough votes to progress.

Jurgen Klopp‘s men have been a consistent force in the competition and again came out on top in the semi-final, earning an emphatic 45.1 percent of the vote.

A side carefully constructed over a number of years, one which acquired and possess the experience, the know-how, temperament and determination to succeed.

It’s an XI which contains a prolific front three who combined for 69 goals in 2018/19, not to mention two of the world’s best defensive players.

Does this starting lineup get your vote?

Coming in a strong second from the final four is Joe Fagan‘s chargers, with 29 percent of the vote.

Talk about club legends. This side was one to be feared, one which had the grit to overcome any challenge and had the technical skill to match.

Ian Rush, Kenny Dalglish and Graeme Souness combined for a staggering 71 goals throughout the 1983/84 campaign, with the former notching a career-high tally of 47.

Have they earnt your vote as Liverpool’s best-ever XI?

Which of the two finalists is Liverpool’s best-ever XI? You can cast your vote here: