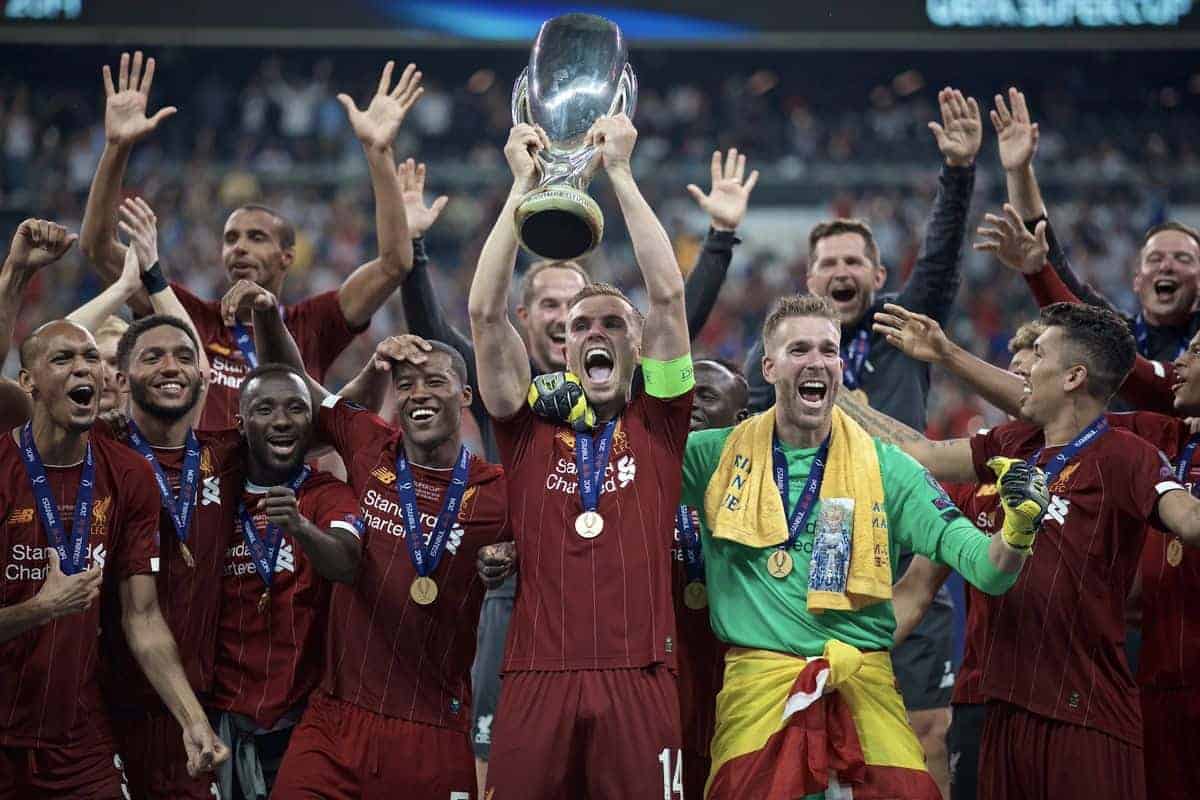 The date that we’ll see Jordan Henderson perform his trophy shuffle and get his hands on the Premier League trophy has finally been confirmed.

The Reds will host Chelsea in their final home game of the season on Wednesday, 22 July.

It means an evening presentation at Anfield, with the game moved due to Chelsea‘s involvement in the FA Cup semi-finals the weekend that the game was due to be played on.

It will mark 11,040 days since Liverpool last collected the trophy as the Champions of England, back in 1990.

How Liverpool’s presentation will look isn’t yet clear, but what we do know is that it won’t be how any of us had envisaged over the past 30 years, with no supporters inside Anfield.

So far, we’ve seen examples of trophy lifts from Salzburg, Napoli and Bayern Munich on how things could look, with some observing social distancing more than others.

It will be the fourth trophy Henderson has lifted as club captain, adding to the European Cup, UEFA Super Cup and FIFA Club World Cup.

He’ll become the tenth person to lift the title as Liverpool captain and the first since Alan Hansen in 1990.

Meanwhile, Liverpool’s penultimate away game, at Arsenal has been scheduled for Wednesday, 15 July.