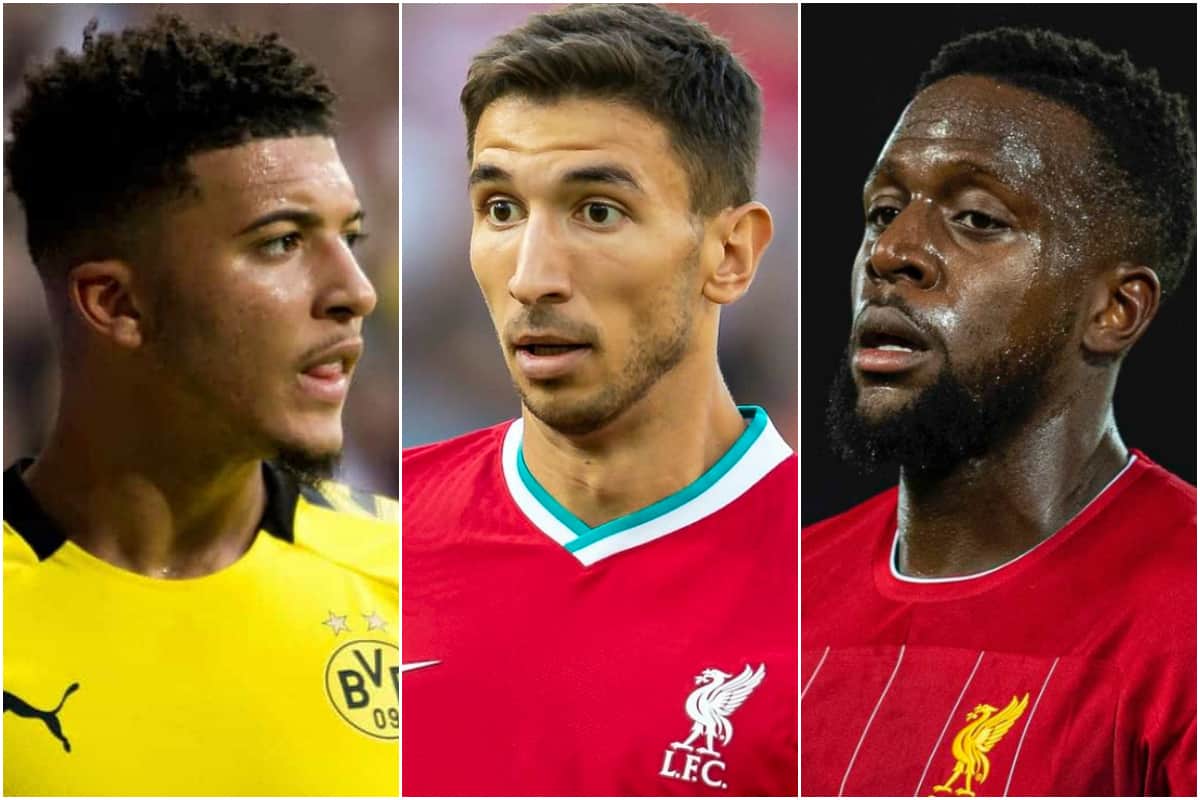 Liverpool could yet offload Divock Origi this summer according to the latest rumours, while Jadon Sancho is a longer-term target.

It’s no secret that Man United are trying to sign Jadon Sancho this summer, but they and Borussia Dortmund are miles off an agreement at present.

As a quick update, the MEN report that BVB want €120m for them, which United aren’t interested in – they want a structured deal with add-ons for a lower amount.

EPSN say United are, however, fearful that if they don’t land Sancho this summer, they’ll face massive competition next year, with other clubs entering the fray after a year of settling down the finances – including Liverpool.

Barcelona and Real Madrid would also be concerns, but it’s more likely Sancho would move to the Premier League.

Divock Origi seems to be sliding down Jurgen Klopp‘s order of attacking talent at the moment, with Takumi Minamino impressing in pre-season and Curtis Jones called upon as the first offensive sub off the bench at the weekend.

The Belgian striker has had some iconic moments, but they are few and far between in truth and it would be no surprise if he departed this summer.

Turkish journalist Ekrem Konur says that Belezoglu Emre – the new sporting director for Fenerbahce – is negotiating with the Reds for a loan deal.

His information is that Liverpool are open to it, as long as there is a compulsory purchase option included, totalling €15 million.

In addition, he notes a quartet of Premier League clubs are chasing Origi: Aston Villa, Brighton, Fulham and Newcastle.

However, Villa are on the verge of signing Bertrand Traore and Newcastle recently signed Callum Wilson, so those reports should at least be taken with a pinch of salt.

Lots more transfer talk to get through on Monday…

Richard Keys lives in 1940, pass it on. Here’s his latest views on what makes a good signing:

“I’m not convinced by James Rodriguez. If he was top drawer he wouldn’t be signing for Everton, whoever was in charge. I wouldn’t fancy him at Stoke on a wet Tuesday evening in November, but he’ll look great when the Toffees are 2-up at home. For Everton to make an impact, he’s GOT to dominate games. If I was Ancelotti I’d be going after Troy Deeney. That’s what Everton need – Reid and Gray again. Deeney would be fantastic around the club. Like Jagielka, he’s a ‘proper’ bloke.”

The night Diego Maradona played in Canada, by Pablo Maurer for the Athletic.

And on Planet Football, a behind-the-scenes chatter on how most transfers occur through ‘tapping up’.