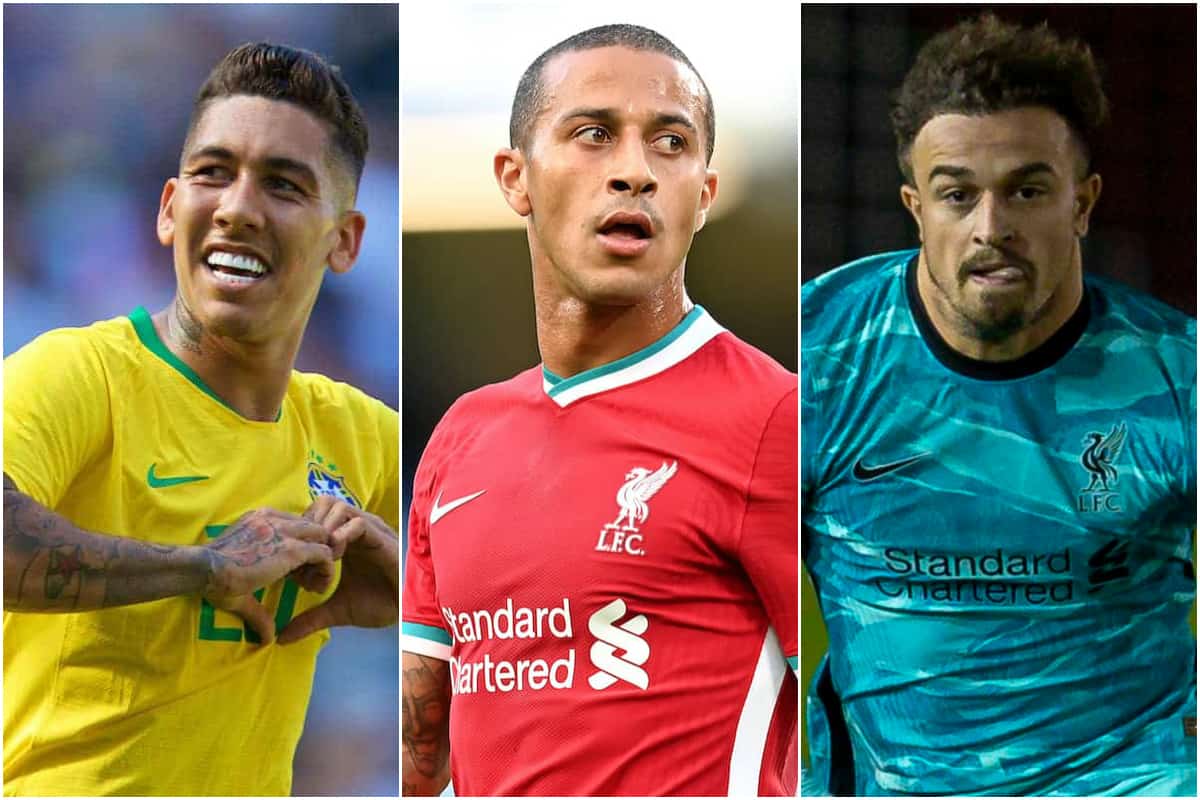 Liverpool continue to look on and anxiously hope no further players are laid low over the international break, with the derby just four days away.

Harry Wilson looks set for another temporary switch away from Liverpool.

The domestic transfer window is open until Friday and Championship clubs can still land top-tier talent if they move fast, with Wilson one of the most in-demand players left on the market.

Our Welsh winger looks to have no Anfield future at this point and as no Premier League team came in with a suitable bid, he’ll be heading out on loan for the first part of the season at least, with four teams currently keen to seal a deal.

Two might be particularly appealing given they are from his home nation, but there’s also the chance to head back to Derby County, where he enjoyed a productive loan under Frank Lampard a couple of seasons back.

He’s playing on Wednesday for Wales, so any team hoping to sign him will have to wait until almost the last minute.

Shaqiri speaks out on deciding to stay 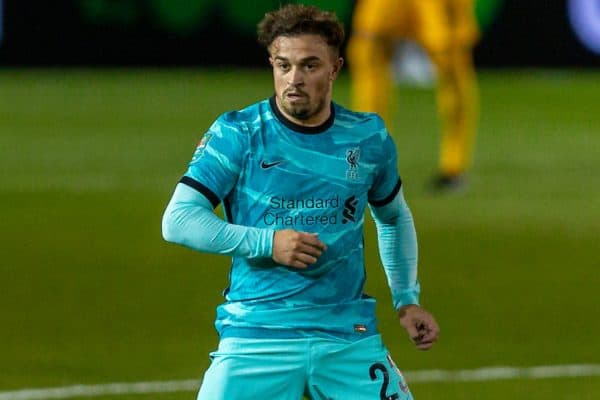 Wilson might be leaving but Xherdan Shaqiri is staying put.

The Swiss winger was quizzed on his decision to remain at Anfield while on international duty and although he wanted to focus mostly on the game at hand with his national team, he told reporters that he had thought carefully about whether to jump ship from Jurgen Klopp‘s side.

“Sure, in football there is always speculation and the players think about their situations. That is completely normal,” he said.

“And of course, I have also thought about it, that is completely normal. But in the end I decided to stay there. The transfer window is now closed.

“Now I will go back to training with the team after these international matches and try to continue to perform well, which I have already proven a few times, also at Liverpool. And that is my goal.”

Shaq has a fight on his hands for involvement on a regular basis after Diogo Jota signed, but we’re likely to need the whole squad far more this term and he’s a quality option off the bench.

Bobby in action in the early hours; Jota potentially doing so tomorrow night!

Stupid fume of the day

People are getting wound up because Steven Gerrard is being recognised as better than all their favourite Premier League midfielders.

Sorry folks but, you know…he was.

The Ballon d’Or Dream Team candidates are all here – that’s what it stems from!

I never want to hear Paul Scholes was better than Gerrard ever again pic.twitter.com/THmbKIrKAU

And a chat with Loris Karius on Bundesliga.com, where the ‘keeper says his good performances in Germany have been forgotten due to events of the past couple of years.

South American footy! Bolivia vs Argentina in a World Cup qualifier at 9pm, then if you’re still awake, Peru vs Brazil at 1am.