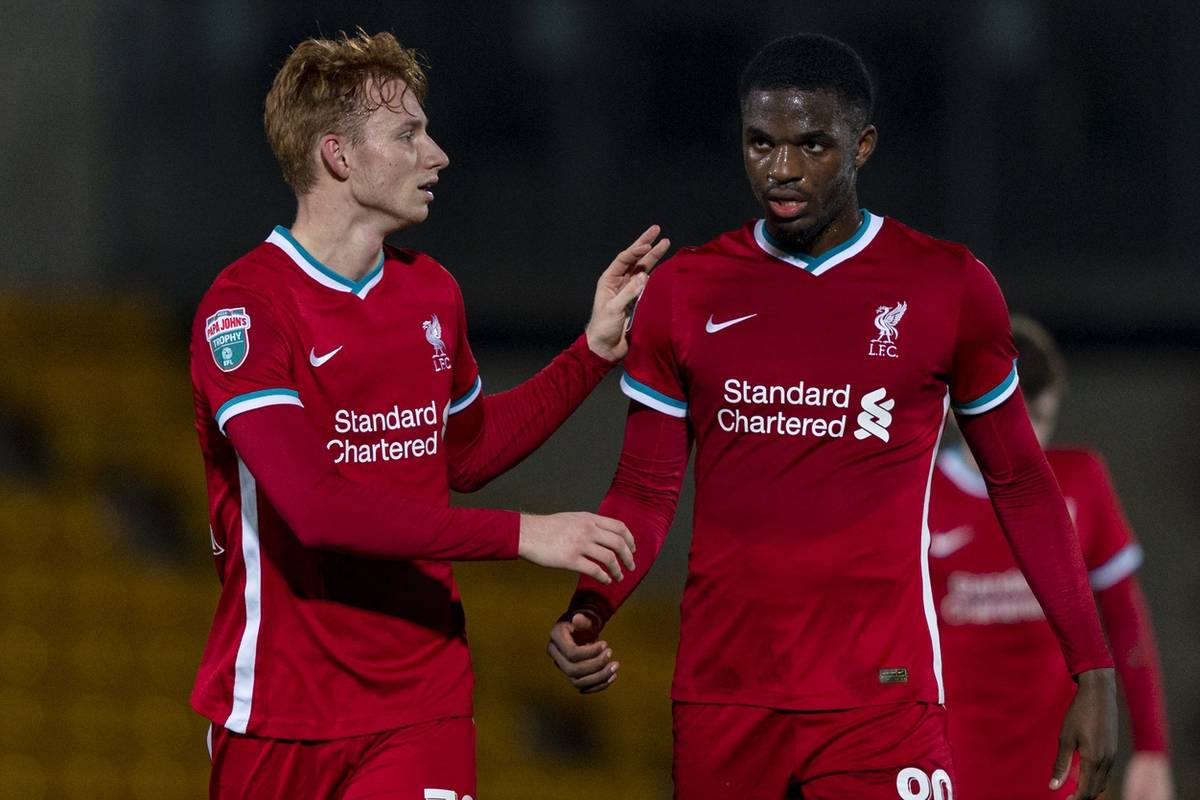 Liverpool youngster Sepp van den Berg has revealed he would prefer to move on loan again this summer, after a formative spell with Preston in the second half of 2020/21.

Van den Berg made 16 appearances for North End after leaving as part of the deal to bring Ben Davies to Anfield, carving out a starting role at right-back.

Though naturally a centre-back, the 19-year-old impressed both Alex Neil and Frankie McAvoy on the right flank at Deepdale, in a campaign that saw them finish 13th in the Championship.

Preston are likely to renew their interest in Van den Berg if he is made available again this summer, and in an interview with the Liverpool Echo, he confirmed he was hoping for another loan.

“I don’t really know where I will be in the summer. I want to go on loan again. That’s what I’d prefer,” he said.

“I will see, there is no rush. I have a nice little break to think about it.

“I want to be out on loan in the summer and to gain more experience so I can be ready when I come back to Liverpool to play in the first team.

A full campaign in the Championship – a more physical league than he was used to, having made the switch from the Netherlands in 2019 – would certainly benefit Van den Berg as a young defender.

The player himself shares this view, describing his time in the second tier as a “really good experience,” as he reiterated his desire for another loan.

“I want to play again and hopefully play more than I have this season,” he said of his ambitions for next term.

‘I have spoken with Liverpool. I’ve been keeping in contact with them.

“I had contact with them after every game or before the game if they wanted someone to watch the game and give me feedback.

“My loan has gone well and I really like it here. I like the league I’m playing in. It’s tough but I’ve been playing a lot of games as well.

“It’s been good for me, it’s been a really good experience for me.”

Liverpool could opt to keep Van den Berg on Merseyside next season, but with Virgil van Dijk, Joe Gomez and Joel Matip due to return to full fitness this summer, his chances of a first-team place are slim.

Instead, more experience on loan could aid his development as he eventually eyes a place in the senior squad at Anfield.

The Reds fielded interest from 2.Bundesliga, the Belgian Pro League and the Swiss Super League back in January, while a number of Championship clubs have enquired over a season-long spell in 2021/22.

But Preston have first option if Liverpool do send Van den Berg out again, and the teenager has confirmed he would be open to staying with North End.

He said: “Preston is a club I’m looking at as an option for next season. It’s on my list for sure but I have to see what happens in the summer.”