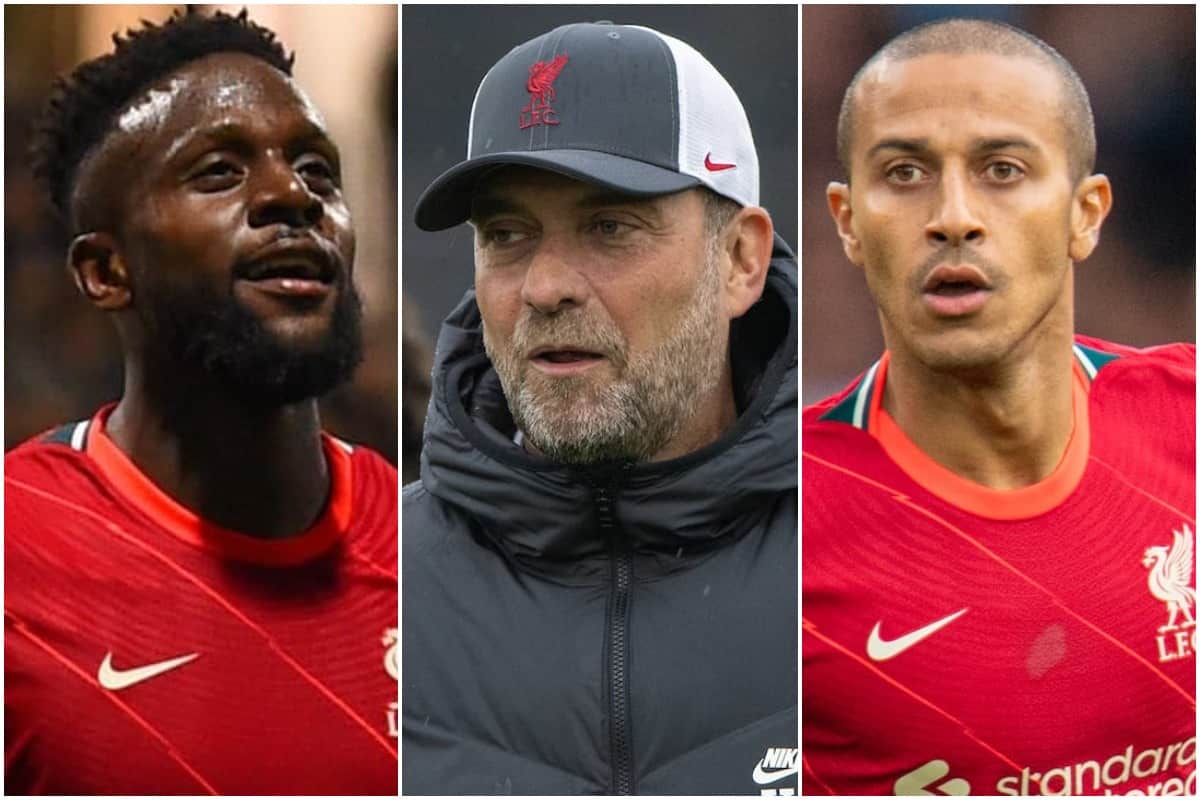 Liverpool clocked up a fourth straight away win with a League Cup victory against Preston in midweek – now it’s on preparing for Brighton and an Anfield return.

About time! Just when our midfield was stretched to its absolute limits, two players have returned to training to boost Jurgen Klopp‘s potential options.

Thiago and Naby Keita are the pair, the No6 and 8 back in with the main group on Thursday ahead of Saturday’s match with the Seagulls.

With Curtis and Ox both starting midweek, Fabinho still not back and Milner also now out, we couldn’t afford any more absences and were already looking like having a threadbare group in the centre of the park with some big games ahead.

Keita has to be the more likely of the two to come in and start, but even having Thiago back on the bench will be a welcome boost as we look to keep the winning run going.

Thanks. Our defence is great, too!

That attack is crazy pic.twitter.com/iiRPv6ZPvV

Levante vs Atletico Madrid to keep an eye on an upcoming rival…but tonight perhaps have one free, for the weekend is near.