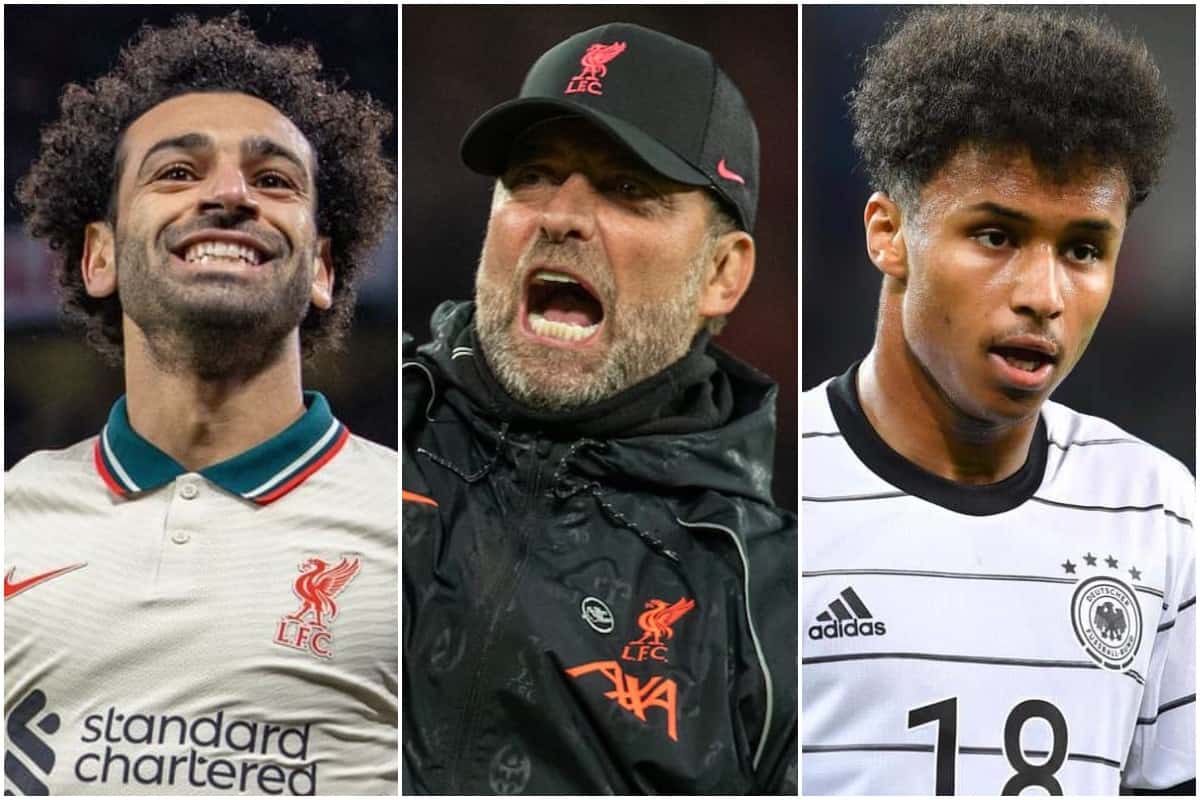 Liverpool fans are absolutely revelling in the post-match glow of a record-breaking win over rivals Man United – this one will stick in the memory for years!

Adeyemi to see out season at Salzburg

Liverpool have been heavily linked with Karim Adeyemi, who is scoring for fun with RB Salzburg and has also started life as a senior Germany international.

We’re seen as an ideal destination for him and he could help refresh the Reds’ attack – but we might have to wait until summer.

Sporting director Cristoph Freund told Sky Sport Austria that the “clear plan” was for the striker to see out 21/22 in the Austrian Bundesliga – though cynics might see that as an attempt to inflate a deal in winter.

Recent reports in Austria said the Reds would be battling Dortmund, Bayern and RB Leipzig for his signature next month. 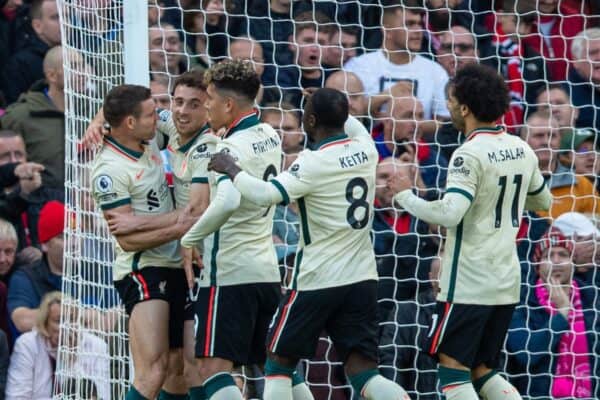 With this team, winning should always be the only option. pic.twitter.com/J8QDh8bWZh

Have a night off and just rewatch yesterday’s goals again!