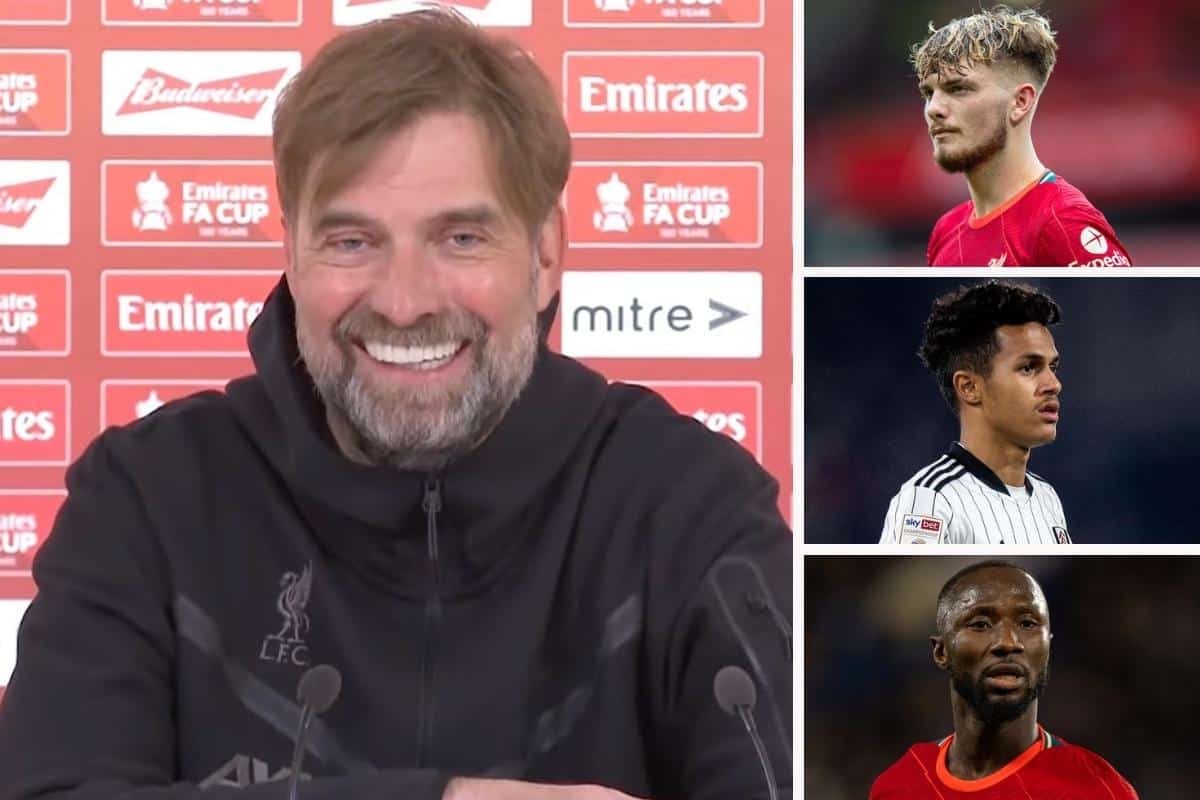 Jurgen Klopp held a blockbuster of a press conference ahead of Liverpool’s FA Cup clash with Cardiff, including the admission of his interest in Fabio Carvalho. 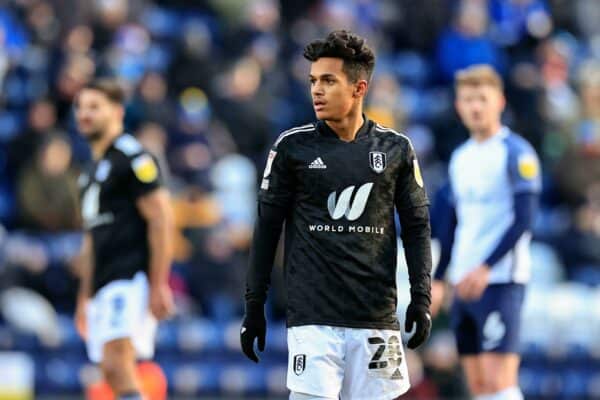 Though Liverpool’s deadline-day move for Fulham midfielder Carvalho broke down, they are expected to make a renewed push for his signature when he becomes a free agent in the summer.

Klopp has even gone so far as to publicly acknowledge his interest in the teenager – something he rarely, if ever, does with a player not already on the books.

“We are obviously still interested,” he explained, “it would be crazy if not.”

Immediate Diaz impact would be “strange”

There is a slight chance new signing Luis Diaz is part of the squad on Sunday, though the £50 million winger is yet to meet Klopp and his new team-mates at Kirkby.

Speaking on the prospect of Diaz needing time to adjust, the manager insisted it was unlikely to take “four or five months,” but added that it would be “strange” to expect an immediate impact.

“If he would come, step on the pitch and be at his immediate absolute best, that would be really strange,” he explained.

“It needs time, of course, to adapt.”

Salah and Mane back for Leicester?

Egypt and Senegal have both made it to the final of the Africa Cup of Nations, which means it will be Mohamed Salah vs. Sadio Mane for the most prestigious title in their home continent.

That game takes place on Sunday, the same day as the Cardiff clash, and four days later Liverpool are back in action at home to Leicester.

As it stands, Klopp is hopeful the pair will be back involved by then.

“I think they will be available, but we will see,” he said.

“The one who wins will probably fly back to their home country for their celebration, that’s how it is.

“I think Tuesday or Wednesday latest the winner will be back, and the other one probably slightly earlier. We will see.”

Elliott “definitely” in squad for Sunday

One player who will “definitely” be in the squad against Cardiff is Harvey Elliott, who will make his first appearance in four months after a long-term ankle injury.

There is even a chance the 18-year-old could start.

“But he will be in the squad definitely for the Cardiff game, and from there we go.”

Latest on Thiago, Origi and Keita

There are few injury problems for Klopp to consider ahead of the weekend, though Thiago suffered a chest infection in the week, soon after returning to full training.

“It’s not perfect, of course, but I expect him to be in team training today again,” Klopp said.

Divock Origi, meanwhile, is not expected to be involved having only rejoined the squad on Thursday after three months out.

But Naby Keita is back from AFCON and “full of energy and confidence.”

“Especially Nat, he deserved it so much. We would have loved to keep him here, to be honest.

“With all the things that happened in the last few years on the centre-half position, Nat was incredibly reliable and a great figure here at the training ground.

“But it’s really well-deserved and I’m really happy for both of them.” 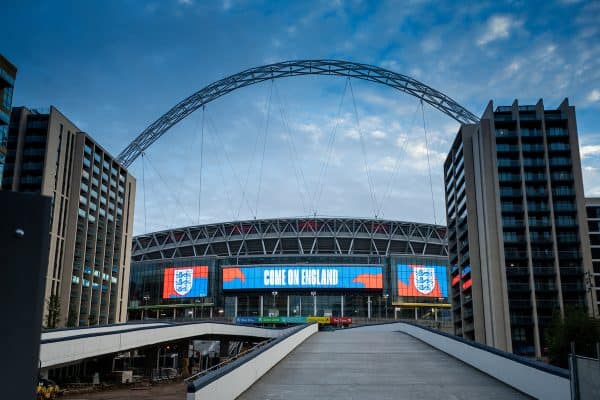 And finally, Klopp looked ahead to the FA Cup tie and a possible route to Wembley for the second time this season, with Liverpool hoping to add to their League Cup final spot.

“Massive, massive,” the manager said of the opportunity.

“I cannot say more, we are not the most successful FA Cup team – at least as long as I’m here! So we are quite ambitious.”