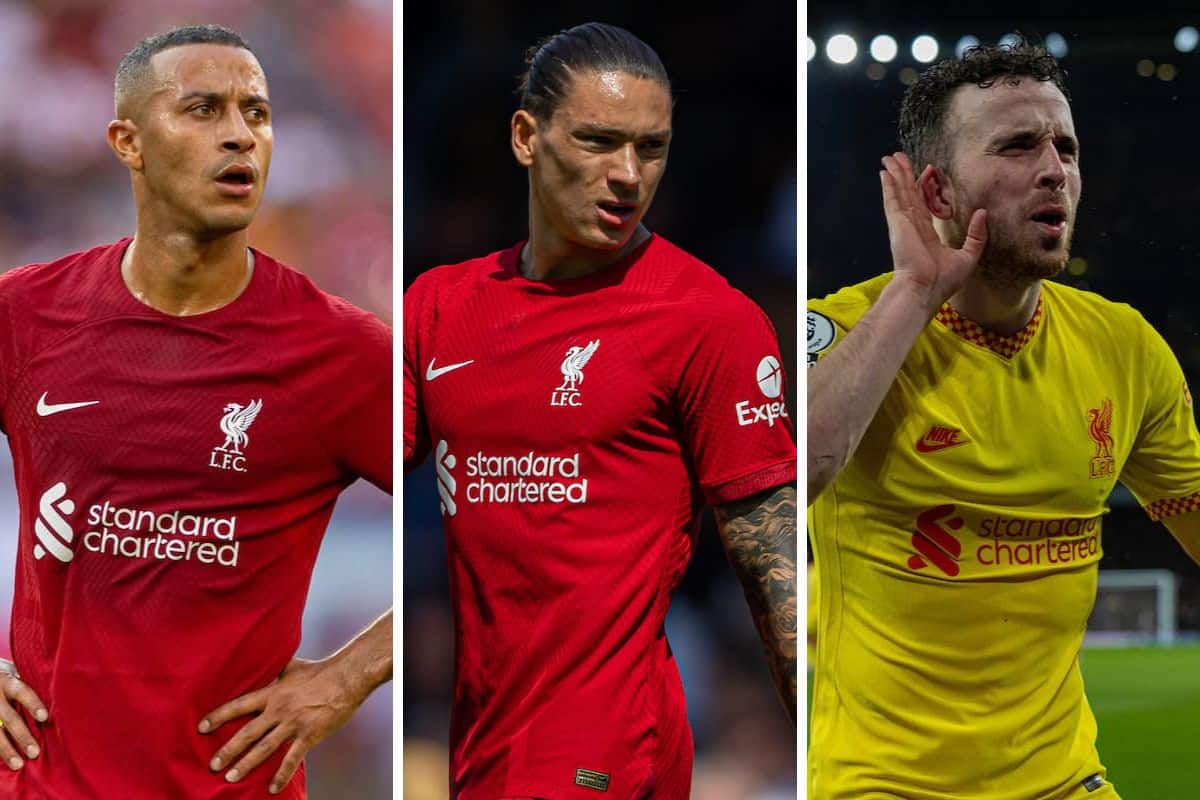 Duo return for derby, with 2 others close to fitness – Latest Liverpool FC News

Ahead of Saturday’s Merseyside derby, Jurgen Klopp had some positive news on the availability of two key players in Friday’s pre-match press conference.

The boss has expressed his delight at potentially being able to call upon both Darwin Nunez and Diogo Jota in Saturday’s Merseyside derby, in what would be the first time the Reds have had five attackers available this season.

Nunez returns from a three-game suspension after being sent off on his Anfield bow against Crystal Palace last month.

And Klopp also had news of another forward that could make a comeback at Goodison Park, with Jota returning to training on Thursday.

“Diogo will probably be in [the squad vs. Everton],” Klopp revealed.

There was also a positive update on the fitness of Thiago and Calvin Ramsay, who look to be next in line to make their returns.

3 things today: Derby day is almost upon us 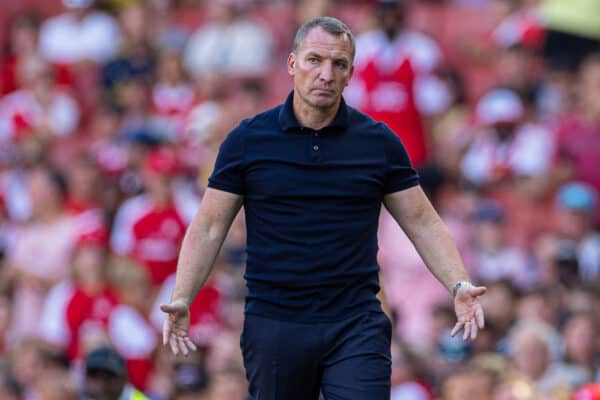 A dazzling display from our diamond ? pic.twitter.com/znlVs953qs