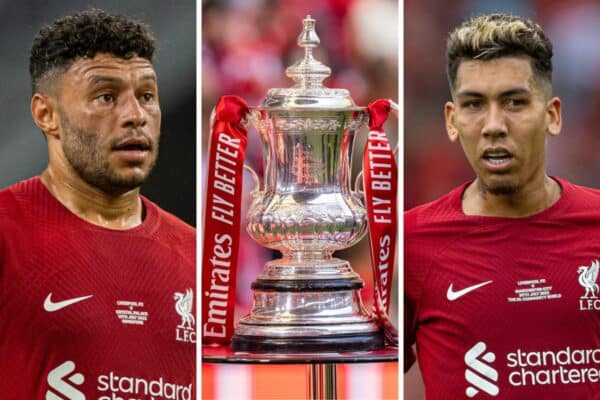 If, and it’s a big if, Liverpool manage to see off Wolves in their FA Cup third round replay at Molineux next week, we now know when their fourth round tie at Brighton will be played.

Earlier today, the FA confirmed that the match at the Amex Stadium will take place on Sunday, January 29 at 1.30pm, and will be shown live on ITV in the UK.

Should Liverpool get there, as things stand, that match will come eight days after their previous encounter at home to Chelsea, and six days before their next league match against Wolves.

There is, however, the possibility that the Premier League matches with Chelsea and Wolves, that were postponed earlier in the season, could be rescheduled around that time.

With Chelsea already out of the FA Cup, should the Reds fail to get past Wolves next Tuesday, that league meeting with the Blues could take place across the same weekend the fourth round matches are played.

It will certainly be interesting to see what sort of team Klopp fields in the replay at Wolves next week.

Trossard set to miss out vs. Reds

Quiz of the day & match of the night

On Luis Diaz‘s birthday, we’re putting your knowledge of the Colombian to the test!

NEW: QUIZ – How well do you know Luis Diaz? Test yourself here! https://t.co/vj8HjOi6XW

Have a good weekend, and up the Reds!