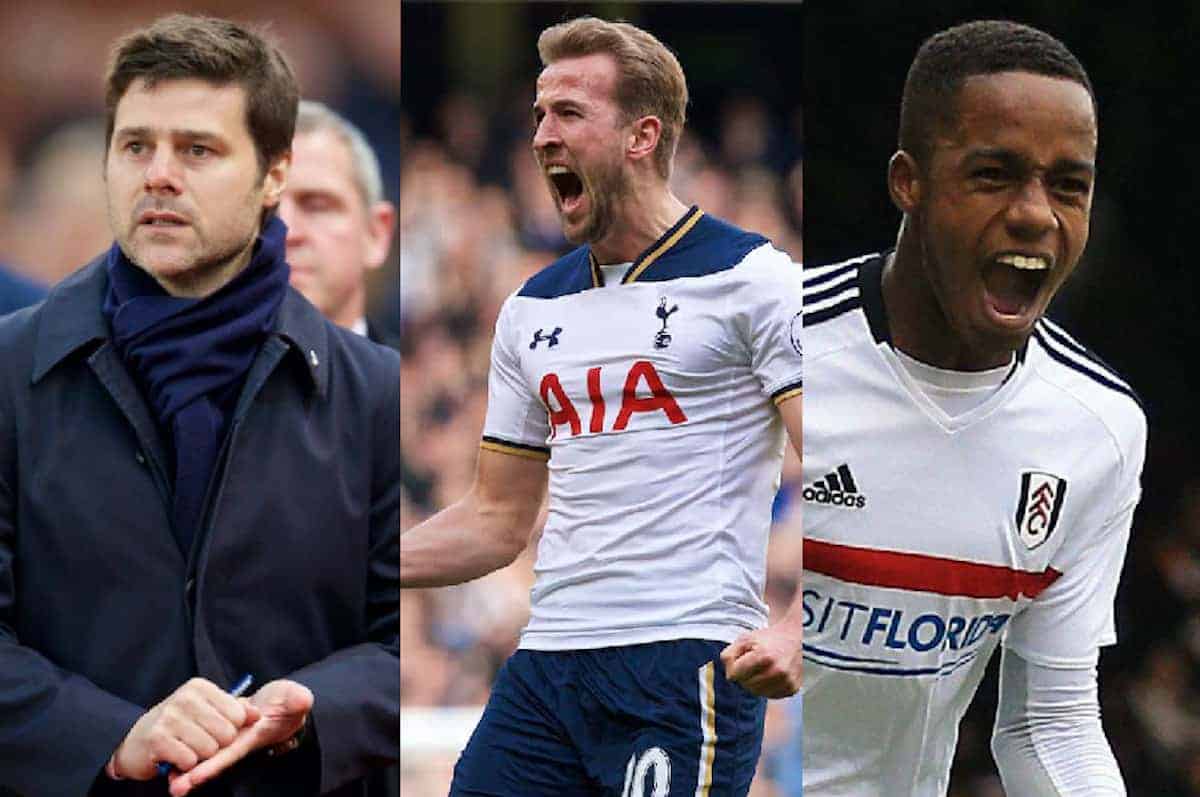 We round up the latest Liverpool news and transfer rumours on Tuesday, as Jurgen Klopp and his players have their final day at Melwood before a well earned five-day break.

Tottenham have injury concerns over Jan Vertonghen (ankle), Harry Winks (groin) and Harry Kane (ankle) ahead of the Champions League final on June 1.

Mauricio Pochettino has allayed Spurs fans’ fears over the trio, however, saying he is expecting to have a fully fit squad to choose from in Madrid.

“It’s the last league game of the season but there’s a lot of time for him to come back,” said Pochettino.

“I hope to have all the squad available but if someone is not available then it’s about the team.”

This current three-week wait that Liverpool and Spurs are experiencing should leave them both with almost a clean bill of health by the time kick-off arrives at the Wanda Metropolitano Stadium.

Naby Keita is expected to be Liverpool’s only absentee, as things stand.

According to the Evening Standard, Ryan Sessegnon favours a move to Tottenham this summer.

The Fulham teenager has been linked with Liverpool in the past, although the Reds’ interest appears to have cooled in recent times.

It is Spurs who are in pole position to sign the £40 million-rated winger, with the player preferring them over Man United, which is a pleasing sign of the times.

Whether or not Liverpool make a bid for Sessegnon remains to be seen – he would be a good fit – but it looks like a deal that is now unlikely to happen.

UEFA have confirmed that Damir Skomina will referee next month’s Champions League final.

The Slovenian took charge of Liverpool’s 1-0 win over Napoli at Anfield back in December, as well as the semi-final second leg away to Roma last season.

This completes a prestigious European ‘treble’ for Skomina, who also officiated the UEFA Europa League final between Ajax and Man United in 2017 and the UEFA Super Cup clash between Chelsea and Atletico Madrid in 2012.

Here’s hoping we aren’t talking about him too much after Liverpool take on Spurs.

A report in the Telegraph claims that “security plans in Madrid saw Spurs get the small away team’s dressing room at the Wanda Metropolitano stadium.”

The reasoning behind the decision, which benefits the Reds because of the luxurious nature of Atletico’s facilities, is because of the directions the fans will be heading into the stadium.

Pochettino’s men are actually billed as the ‘home’ team for the final, though it matters for little in this instance.

According to Voetbal International, via Sport Witness, MVV Maastricht defender Xavier Mbuyamba is attracting interest from a number of top European clubs.

Liverpool are believed to be one of them, although the 17-year-old’s agent, Carlos Barros, has explained that he needs to choose the right club for his development, with Chelsea currently in pole position:

“The move to professional football is very big. And he is seventeen years old, if he can develop the best there in the youths, that’s the most important thing.

“He would prefer to play somewhere in the first [team], but there are not that many central defenders of his age in the Netherlands get the chance. So, it’s about a choice where he can best develop in the youth.

“At this moment, Chelsea have the best credentials. We now have to wait and see what his feeling is at that club. We are not quite sure yet what we are going to do, his development is central to that choice.”

Chelsea look likely to be handed a two-window transfer ban, however, which could open the door for Liverpool.

A big future is being predicted for Liverpool teenager Ki-Jana Hoever, having made his debut for the senior side at Wolves in the FA Cup in January.

The centre-back has incredible potential and his natural talent has been on show for the Netherlands’ U17 side.

Hoever found the net in a 3-0 win over Belgium on Sunday, completing a slick team move with an outrageous nutmeg and finish.

Once in a while a really special youngster comes along and Hoever is one of them; it will be interesting to see his involvement with the first-team in pre-season.