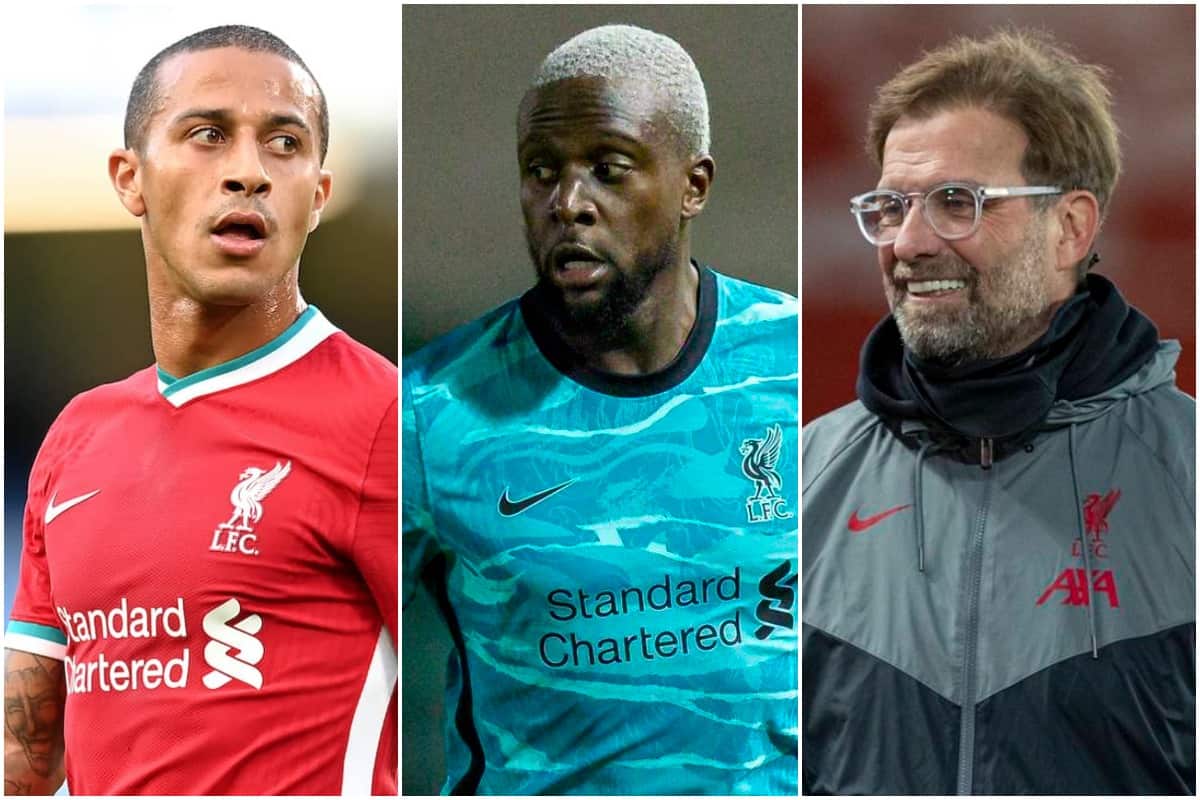 Liverpool face Crystal Palace at the weekend and the final news of the week focuses on that fixture and the latest rumours in the media.

Wolves still on the prowl for Divock

Divock Origi has hardly featured for the Reds this season and certainly hasn’t impressed when handed the chance.

Considering the impact on the first team by inexperienced youngsters such as Rhys Williams and Curtis Jones, and how reliable they have proven to be, it’s a bit of a damning indictment on the Belgian that he offers so little in terms of energy and effectiveness, let alone goals.

Wolves have long been linked with him and with Raul Jimenez suffering a terrible skull injury, the Athletic say they remain keen on him, with one change: Liverpool are now open to a sale.

A £20million fee is still thought to be the rough price tag which would secure his services, with Origi now at best sixth-choice forward after the usual trio, Diogo Jota and Takumi Minamino – though the latter has also been used in midfield.

Our brilliant Spanish midfielder has had a small impact on the team so far, yet a big one at the same time: hardly any minutes on the pitch, but an obvious injection of quality for the brief occasions we’ve seen him involved.

He, as much as the fans, can’t wait for the moment he steps back on the pitch – and he has explained how he’s looking to rejoin full team training before the end of the month.

The club will take it nice and slow with his recovery, but that should just about put him ahead of schedule for the vague expected return dates we’ve been offered until now.

And while Thiago was among four Reds named in the FIFA Team of the Year – Alisson, Trent and Van Dijk are in there too – he said he’s only looking forward as to what he can achieve now with the Reds, rather than enjoy what he did with Bayern.

Progressing on to Palace

Three more points to keep us top would make for a lovely Christmas for all Reds everywhere! Standing in our way: former boss Roy Hodgson.

Stupid sacking of the day

Schalke have binned off Manuel Baum after 79 days and no wins.

Alternatively, you could look at this as Schalke sack their manager despite the club as a whole picking up no wins in 28 games – since 17 January, 2020. Probably not that third manager of the year’s fault, then, but sure, continue running the club the same way!

Trent Alexander-Arnold is the first English player to make the FIFPro Men's World XI since Wayne Rooney in 2011.

He's the first English defender since John Terry in 2009 to make the XI. pic.twitter.com/pP7fqLcNzg

Union Berlin vs Borussia Dortmund. Taiwo Awoniyi vs Emre Can. Loris Karius on one bench and ‘the new Klopp’ on the other! 7:30pm, BT Sport 1.