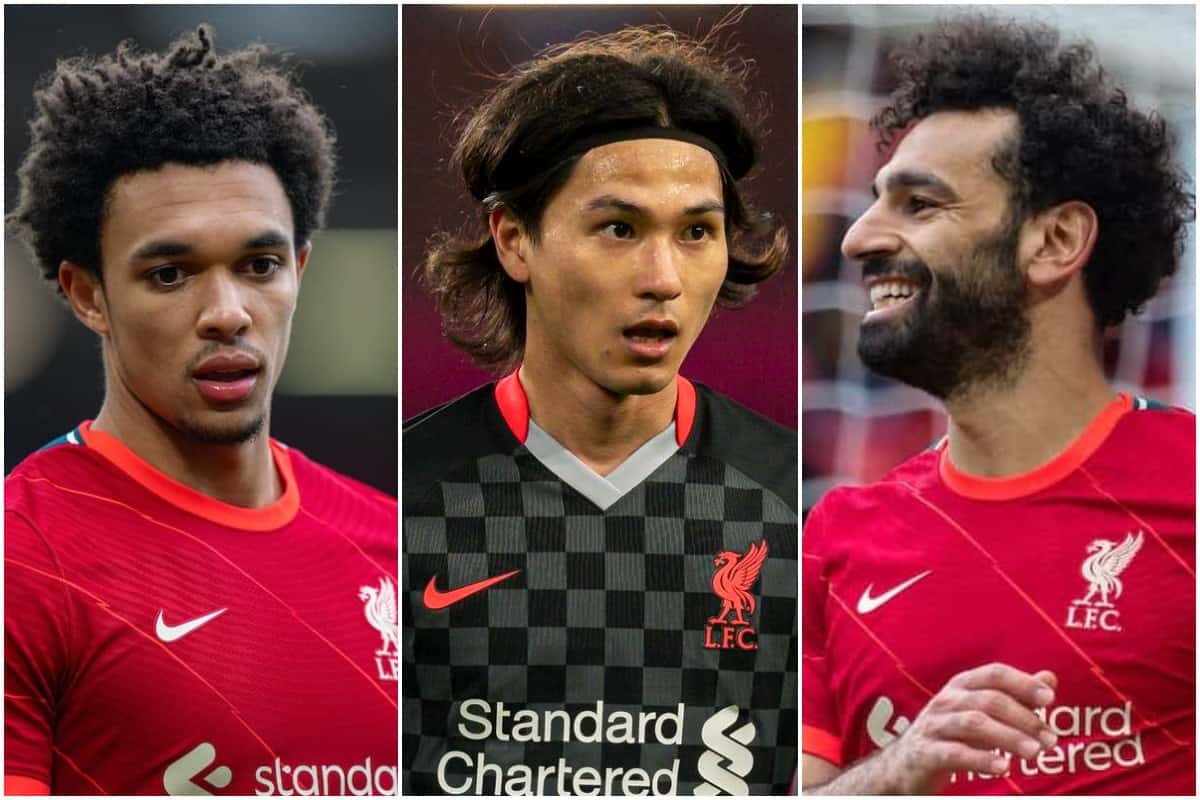 Liverpool now know the full contingent of players they’ll have at the Euro this summer, while the rumours now turn to fringe members of the squad rather than big-money buys we won’t make.

Trent and Henderson off to Euro 2020

The decision has been made, and either common sense or fear or ridicule has prevailed.

Either way, Trent Alexander-Arnold is on the plane – or the bus, probably – for England and will join team-mate Jordan Henderson in the England squad for Euro 2020.

It means Southgate has picked all four right-backs and as such we’re likely to see at least one of them operate in a rather different way at the finals.

That could be Trent in midfield – particularly if Hendo hasn’t fully recovered from his injury absence.

The rest of the 26 is there in the link above too – the right call from Southgate?

Takumi Minamino has not had an easy time of matters since joining Liverpool 18 months ago, with the pandemic hitting within weeks afterwards, the Reds rampant on a title charge and then Diogo Jota joining as more competition.

As if that wasn’t enough, Divock Origi got the nod ahead of him at times because he was taller.

A loan to Southampton initially proved positive, but even that didn’t go entirely to plan – but Saints are keen to land him permanently this summer.

Liverpool are “open” to the sale and Taki might well be keen to head to St. Mary’s too, says a report from the south coast.

Given the low fee we initially paid, a substantial profit is likely in the offing this summer – allowing the Reds to move on and build the squad elsewhere.

There’s a whole summer ahead of news and rumours and time to prepare for the new campaign. Pace yourselves!

Brilliant rumour of the day

Man United “think re-signing Juventus and Portugal forward Cristiano Ronaldo, 36, is a genuine possibility this summer.” Go for it, United. Five-year deal and give him ALL the money.