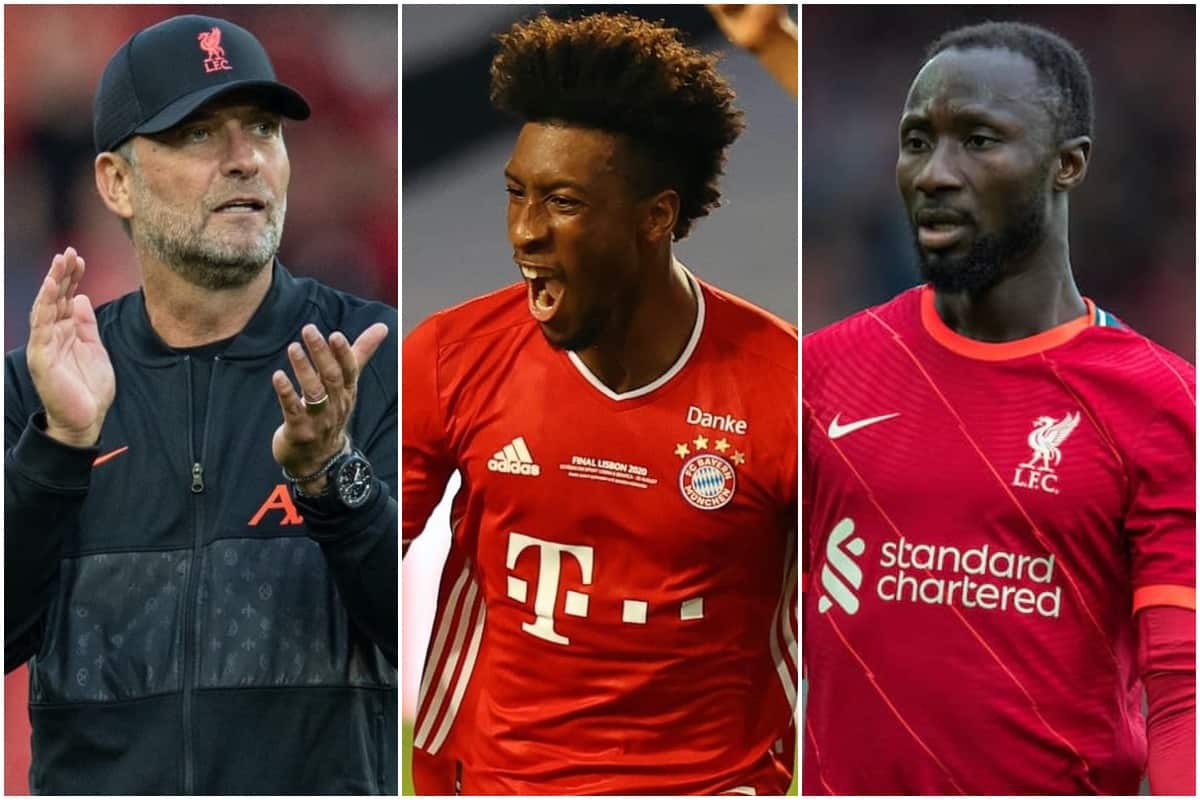 Liverpool’s players are now all finished with their respective international action and it’s all systems go for preparing for Leeds. But who will feature at Elland Road?!

Kingsley Coman is being “hunted” by Liverpool according to this week’s latest rumours.

They Bayern Munich man was briefly linked with the Reds in summer, but any initial excitement was immediately halted by talk of a €90m price tag, which no Liverpool fan expected to be paid.

In France, Le10Sport now say we’ll be extra keen next summer, as he’ll only have a year left on his deal, and Coman won’t sign a new contract as he’s “dreaming” of the Premier League.

Elsewhere, a German journalist has added more fuel to the Jude Bellingham links by talking about the Reds’ interest in the Dortmund man.

Jurgen Klopp has spoken about those returning from injury and overseas action, with the Reds set to welcome three players into the squad over whom there had been availability concerns – but three more will not feature against Leeds.

Taki Minamino was injured with Japan and remains out, while both James Milner and Bobby Firmino remain sidlined after injuries with the Reds prior to the break.

But scares over Virgil van Dijk‘s injury with Netherlands have been allayed – he’s fine and fully fit. So too is Harvey Elliott, withdrawn from the U21s as a precaution, and Naby Keita is also back on Merseyside safely after the political unrest in his home country.

All three should be in the squad and available for selection for the Reds as we head to Elland Road.

Tonight it’s Uruguay vs Ecuador and Brazil vs Peru. We’re assuming that second game will last longer than five minutes this time.