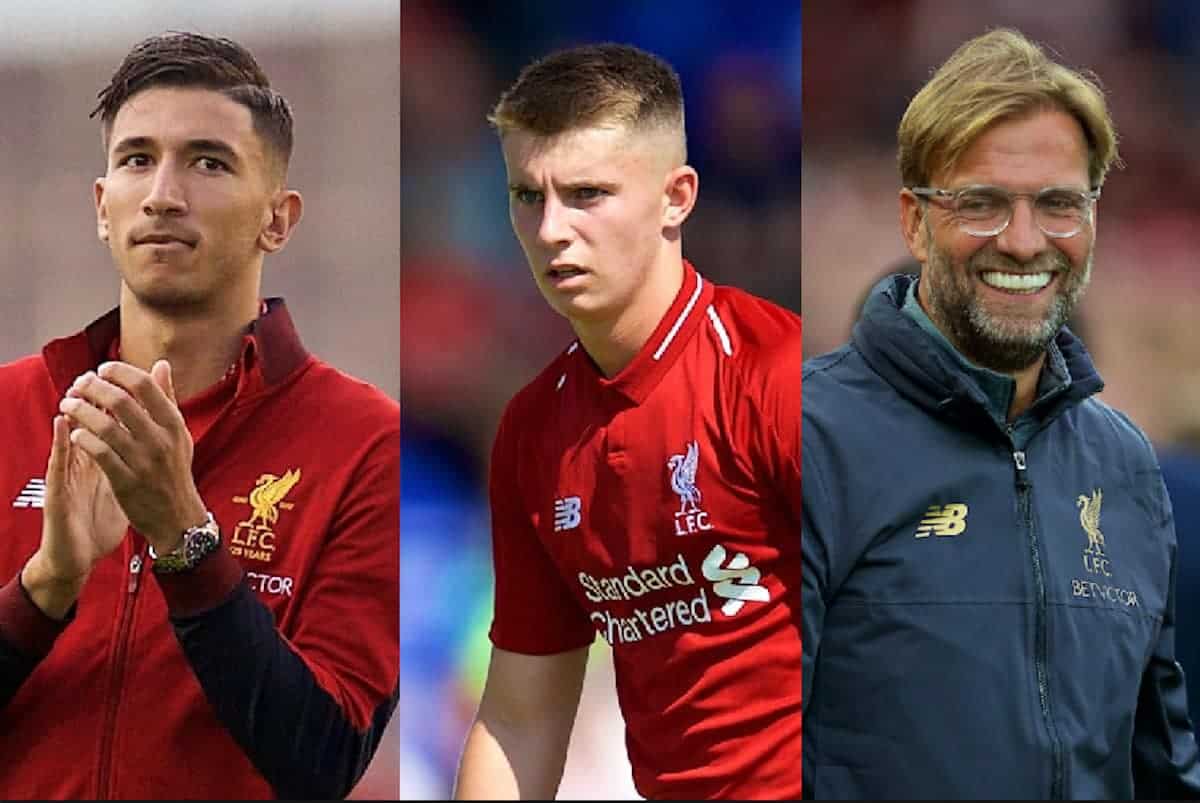 We round up the latest Liverpool news and transfer rumours on Thursday, as the Reds continue their preparations for Monday’s trip to Crystal Palace.

Leeds In The Hunt For Grujic

The future of Marko Grujic feels like a daily talking point at the moment and the Reds midfielder has now been linked to another club.

According to the Yorkshire Evening Post, the 22-year-old has caught the attention of Leeds United, who have made a flying start to the season under Marcelo Bielsa.

Muhamed Besic appears to be their main transfer target, but Grujic is seen as a strong second option, should a deal for the Everton man not happen.

The loan window remains open until the end of August, so there is still time for a move to come to fruition.

Jurgen Klopp is known for possessing an aura and bags of charisma, and plenty of that is down to carrying a fearless edge to his character.

Speaking to France Football, Klopp responded to a question asking him if he ever gets scared, to which he brilliantly replied:

“No, never. Fear is never a good thing, even when you have to tell a player that you are not renewing his contract.

“I think I have a natural authority. I have a voice that carries and I am 6ft 3.6ins tall.

“Apart from Virgil van Dijk and perhaps Joel Matip, who are nice men, no-one is bigger than me.”

I certainly wouldn’t mess with him!

As LFC Women prepare for a new season, Leandra Little has been confirmed as their new club captain for 2018/19.

The 33-year-old joined the Reds from Doncaster Rovers Belles in the summer, where she led them to the FA WSL2 title last season.

Hina Chauhan is the new physiotherapist and Zoe Johnson is joining as Technical Director from Sheffield FC Ladies.

Ben Woodburn made his full Sheffield United debut on Tuesday evening, as the Blades lost 5-4 on penalties to Hull City.

“I think Ben grew into the game. It’s his first loan and he played a part in our victory at QPR, and he was good against Hull,” Wilder told The Star.

“Just like you could see Oli Norwood’s experience and quality, you could see glimpses of Ben that he is going to do well for us.”

“He’s got a lot of talent. He’s come on in two difficult away games [at Boro and QPR] and it was nice to get him a full game against Hull to try and get him up to speed. ”

“He’s a very talented lad and will prove a good signing for us as the season goes on.”

There were question marks surrounding Rhian Brewster‘s future this summer, with a move to Borussia Monchengladbach strongly rumoured at one point.

The prodigious striker, currently out injured, eventually signed a new deal at Liverpool, with U23s manager Neil Critchley overjoyed at his decision.

“I was delighted,” Critchley told ESPN.

“I always thought he would sign. I never thought there would be any danger of him leaving.

“I know how much he loves being at Liverpool. I know what the people and the club mean to him. I’m absolutely delighted that he’s decided to stay and sees his future at the football club.”

It will be some time before we see Brewster back in action, but he is a striker of enormous promise. He is a future first-teamer.